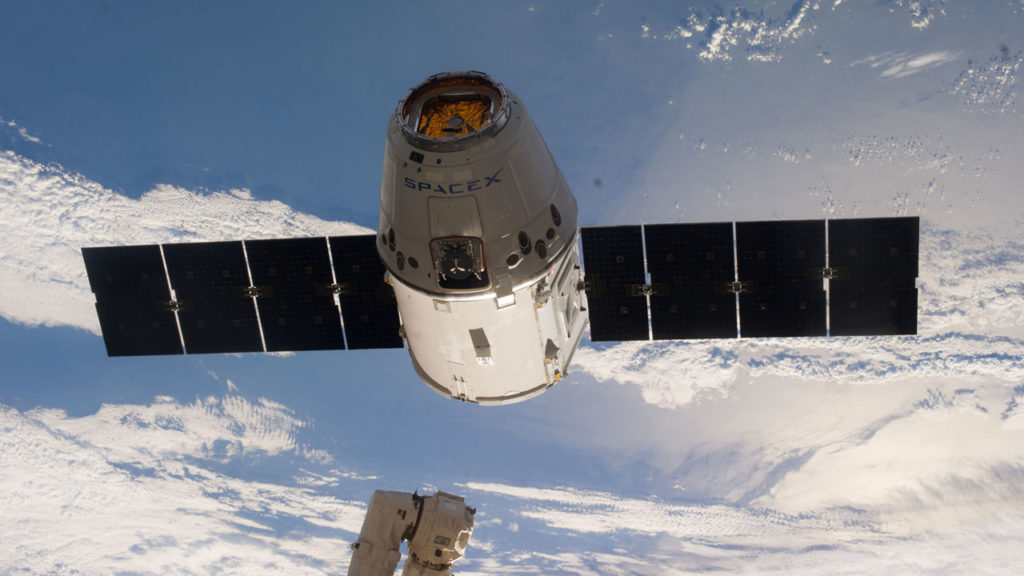 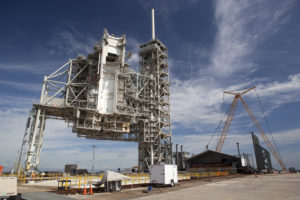 The forecast issued today from the 45th Weather Squadron calls for a 60 percent chance of acceptable conditions Saturday morning for the launch of the CRS-10 mission from NASA’s Kennedy Space Center in Florida. The main concern is for thick clouds that may violate launch rules. Launch time is 10:01 a.m. EST.

A SpaceX Dragon spacecraft carrying about 5,500 pounds of experiments and supplies will launch to the International Space Station from Launch Complex 39A at Kennedy aboard a Falcon 9 rocket, shown to the right during modifications.  For a detailed look at the launch, the mission and its significance as the first to fly from 39A since the space shuttle, go to http://go.nasa.gov/2lnx2wb