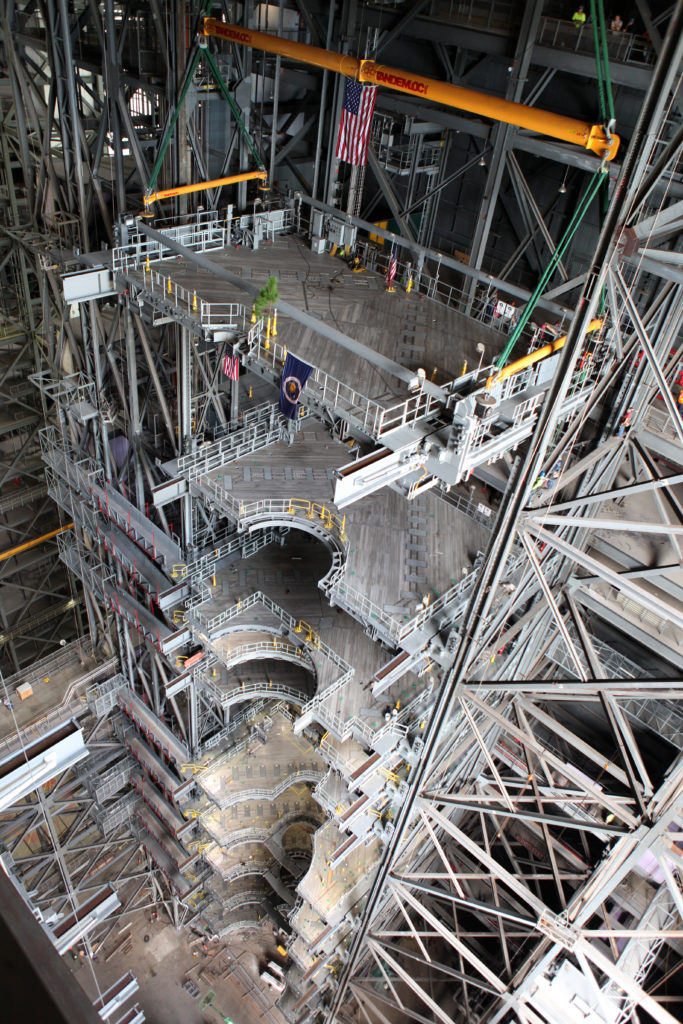 The A platforms will provide access to the Orion spacecraft’s Launch Abort System for Orion lifting sling removal and installation of the closeout panels. The Ground Systems Development and Operations Program, with support from the center’s Engineering Directorate, is overseeing upgrades to the VAB, including the installation of the work platforms. Photo credit: NASA/Frank Michaux