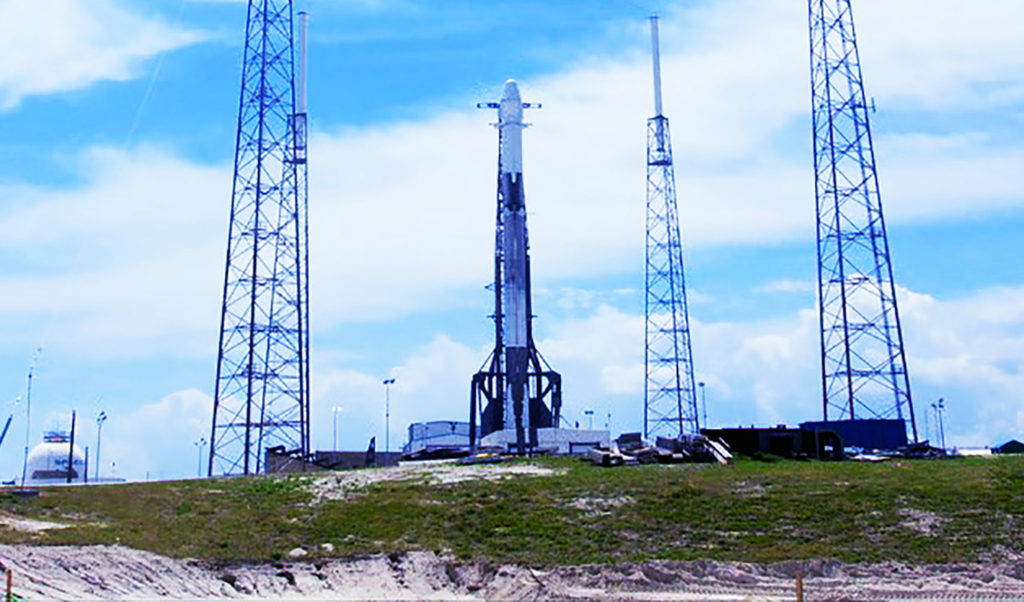 A Falcon 9 rocket is being loaded with propellants in preparation for liftoff from Cape Canaveral Air Force Station’s Space Launch Complex 40, to boost a SpaceX Dragon resupply spacecraft to the International Space Station. Liftoff is scheduled for 4:30 p.m. EDT, for its 14th commercial resupply services mission to the space station.

The SpaceX Falcon 9 is 230 feet-tall and has two-stages topped by the company’s unpiloted Dragon spacecraft. The rocket’s first stage is powered by nine Merlin engines that ignite at T-0. Its second stage has a single Merlin engine that takes over after separation of the first stage. The engines run on a combination of super-cold liquid oxygen and the fuel, RP-1 — highly refined kerosene.

Installed atop the rocket, the 20-foot tall and 12-foot diameter Dragon spacecraft is loaded with cargo bound for the space station. The Dragon offers a pressurized section as well as an unpressurized “trunk” section for additional cargo. Also located in the trunk are the spacecraft’s power-producing solar arrays, which will open shortly after Dragon arrives in orbit.