The IceBridge science team is a group of polar scientists from a variety of institutions and serves multiple functions. The largest of these functions is guiding the mission toward meeting its science requirements.”The team provides general guidance and advice,” said IceBridge project scientist Michael Studinger. “They look at how far down the road we are to meeting our level one science requirements.”

The science team meeting was joined by the annual meeting of PARCA, a NASA initiated program started in 1995 to understand changes to the Greenland Ice Sheet. This was to be accomplished through periodic airborne surveys, satellite remote sensing and surface-based research. Starting in 2009, PARCA’s annual meeting has been scheduled to coincide with IceBridge’s science team meeting. “Originally PARCA was a Greenland field campaign planning meeting,” said NASA scientist Charles Webb. “Having the meetings together logically makes sense.” 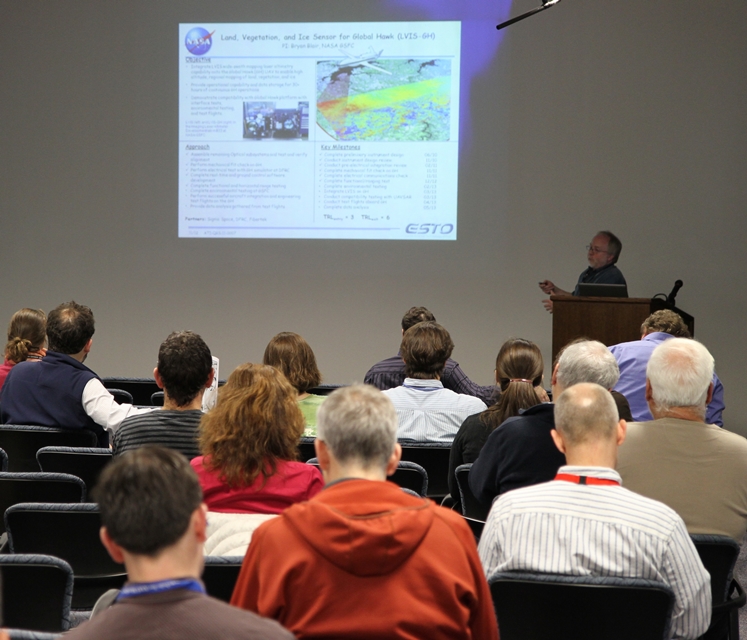 Presentation topics at both meetings ranged from the use of IceBridge data in seasonal sea ice forecasts to the use of radar to image layers in ice sheets to new algorithms for mapping bedrock beneath the ice.Other presentations included status updates for instruments like the Airborne Topographic Mapper (ATM) and Land, Vegetation and Ice Sensor (LVIS) and a look ahead at NASA’s next-generation polar monitoring satellite, ICESat-2.

The PARCA meeting started on Jan. 29 with sessions on newresearch and novel ways to work with IceBridge and other cryospheric data. Participantsclosed out a busy day with a remembrance of cryospheric scientist SeymourLaxon, whose unexpected death earlier in the month shocked the polar sciencecommunity, and a poster session and dinner at Goddard’s recreation center.

PARCA sessions finished up on the morning of Jan. 30, covering integrating IceBridge data, radar mapping of ice sheets and next steps in ice sheet physics. After lunch, the IceBridge science team meeting started, with breakout sessions by the sea ice and land ice science teams. In these sessions,science team members discussed research and plans for the upcoming IceBridge Arctic campaign and beyond, including collaborations with various other groups outside of NASA. Later in the day, ATM senior scientist John Sonntag presented planned flight lines for the 2013 Arctic campaign and invited comments on suggestions for ways the lines can better meet IceBridge’s science goals. 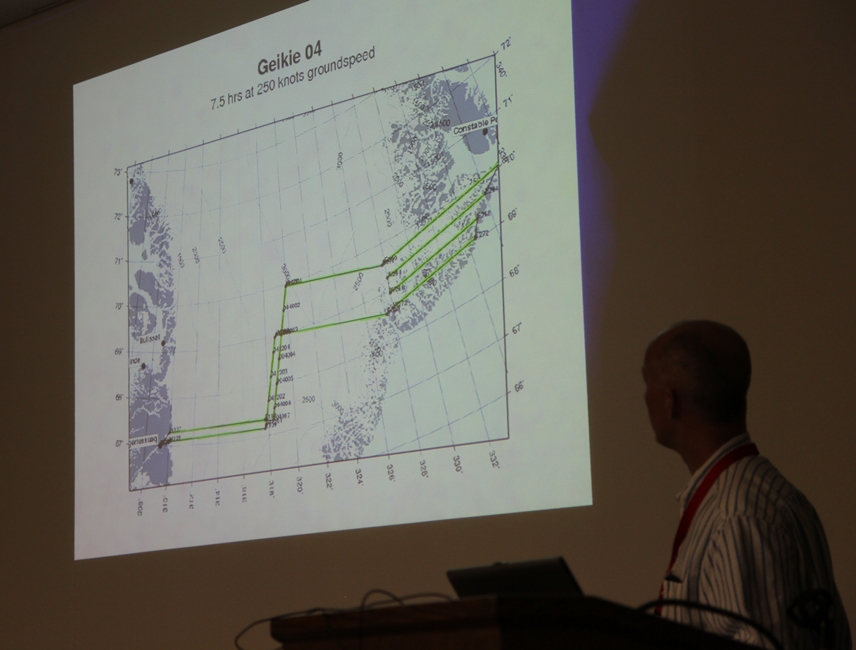 The last day of the IceBridge science team meeting saw more sessions on IceBridge science, data and future plans. Included in the sesessions were talks about new instruments like a version of LVIS soon to be tested on NASA’s Global Hawk, status updates on ICESat-2 and a final discussion of proposed flight lines for the IceBridge Arctic campaign, where flight plans were assigned priorities and finalized. This year, IceBridge science team member Robin Bell from Lamont-Doherty Earth Observatory of Columbia University came up with a new and hands-on way to improve this process. Bell set up three tables representing high, medium and low priorities, onto which printed copies of flight plans were sorted. “This gave us a more visual and intuitive feel for how the flight lines fit together,” said Sonntag. “It was a good way to get flight priorities straightened out.”

This sort of discussion, where scientists hash out details on research goals, priorities and methodologies is at the heart of not only IceBridge, but scientific work in general. “The research landscape is constantly evolving, so you have to rethink how you approach problems and organize the community once in a while,” said Studinger. “You need constant evaluation and discussion of ideas and results.” 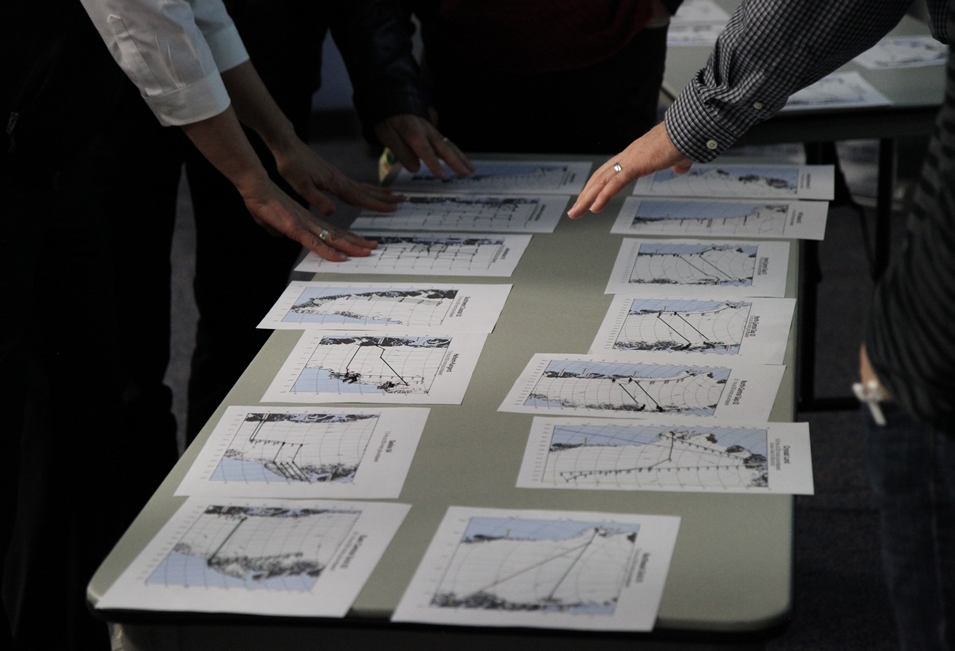