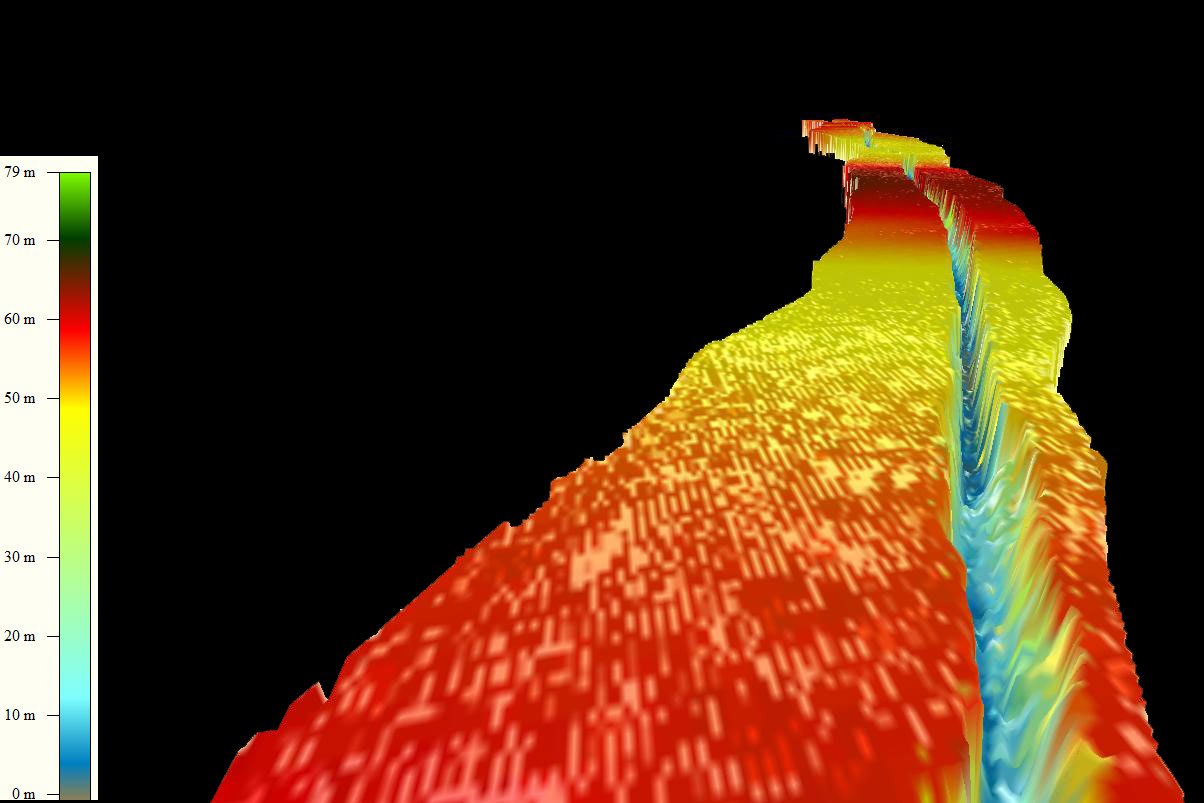 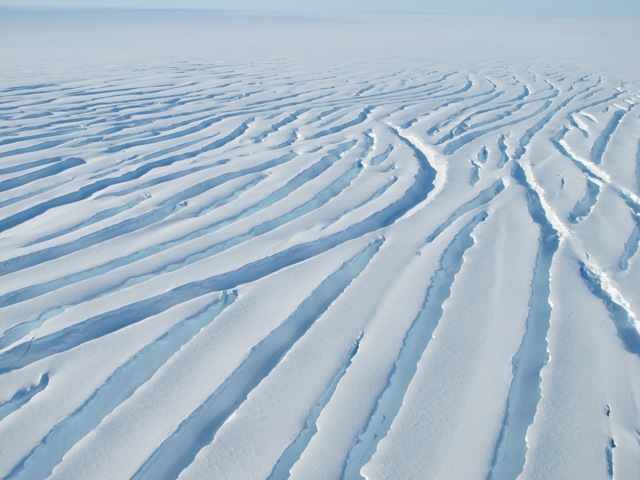 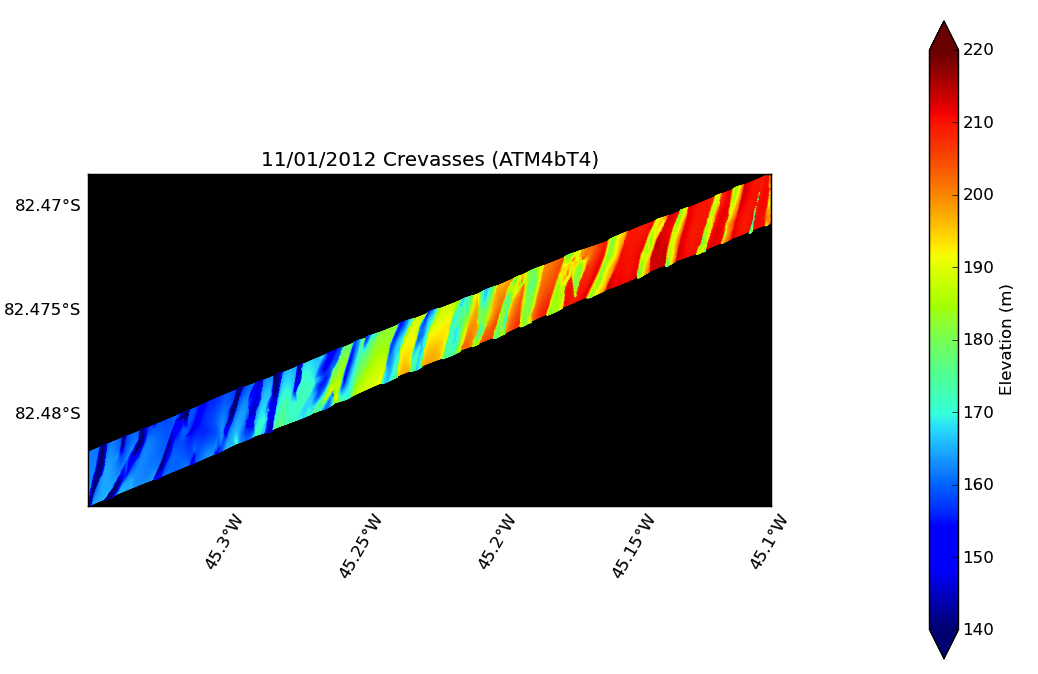 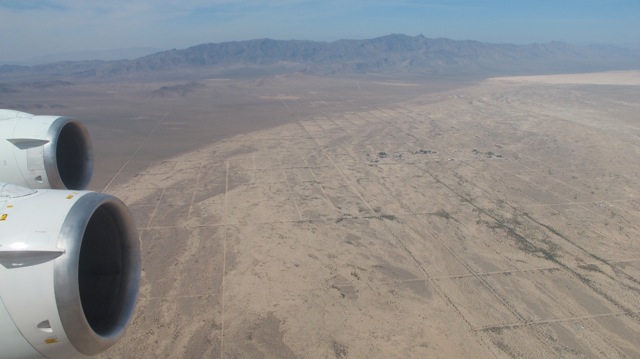 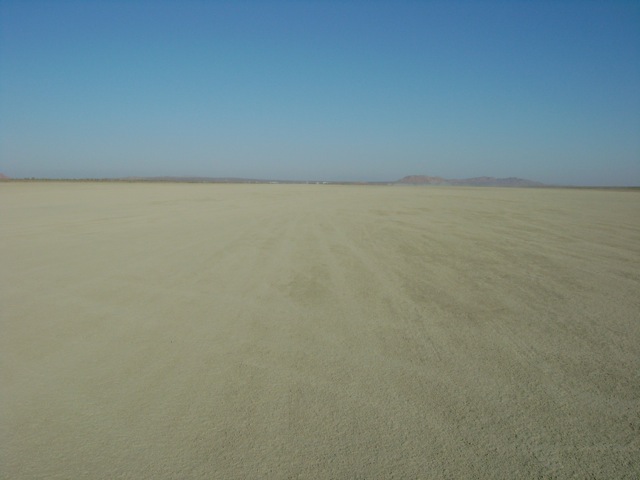 The IceBridge flight on Tuesday, March 30, marked the first of a four-flight series to measure the Zachariae and 79 North glaciers in northeast Greenland. The flight made six parallel passes up and down the uppermost, inland portion of the glaciers. The beds of these glaciers are below sea level, which has implications for how the glaciers interact with ocean water and how they lose ice. The planned part of the survey concluded early, so the crew decided on-the-fly to add two extra flight lines — one pass down the middle of each glacier. Jim Yungel, of NASA’s Wallops Flight Facility, captured a series of photos throughout the low-altitude flight: 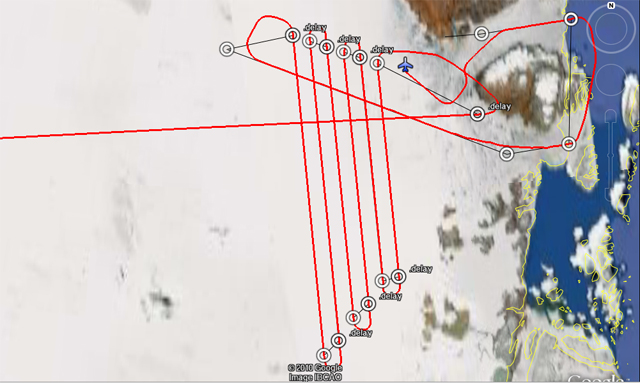 The actual flight path, including two extra flight lines down the middle of the glaciers. 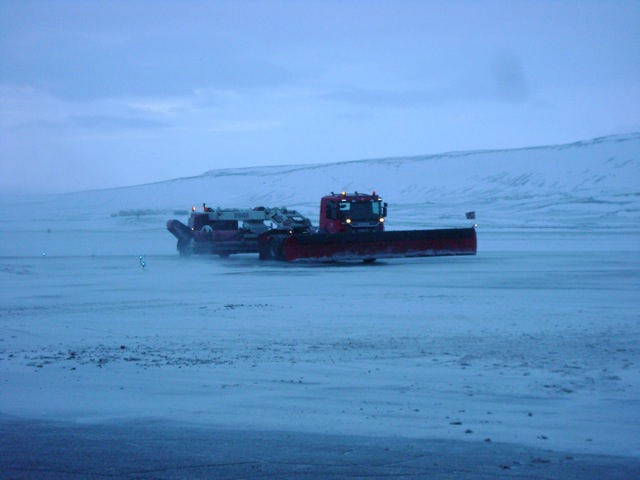 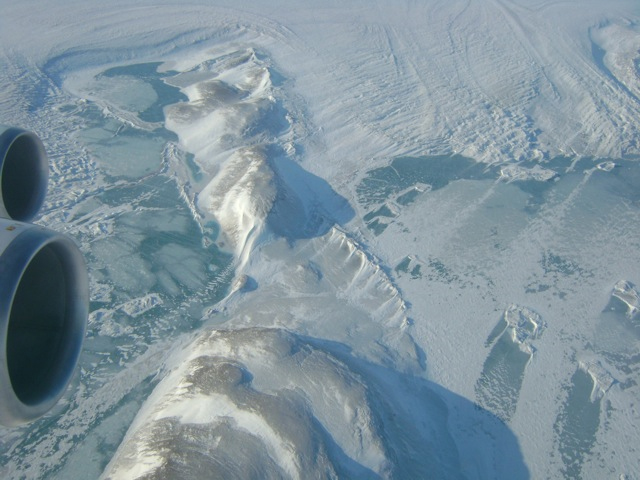 Nunataks — hills or mountains encircled by a glacier — are seen among the ice. Credit: Jim Yungel/NASA’s Wallops Flight Facility 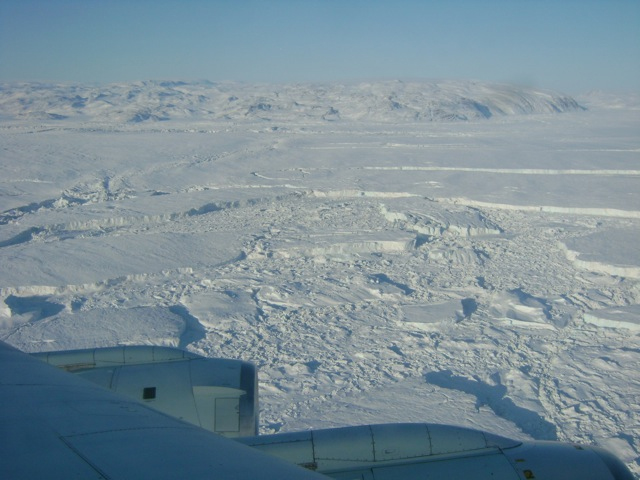 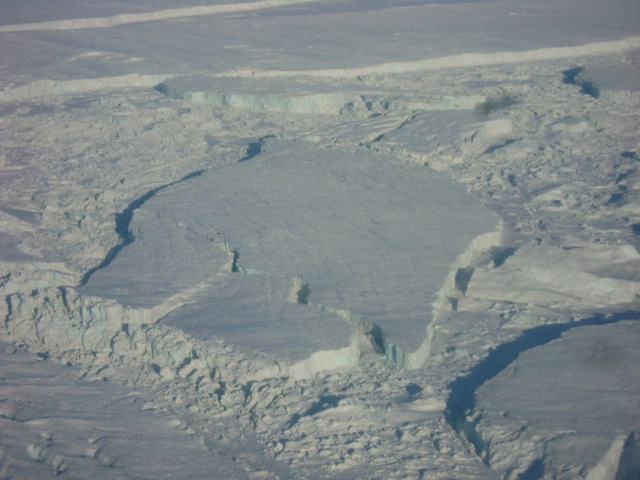 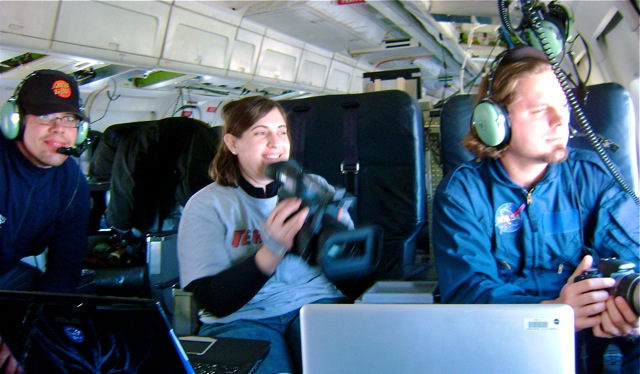 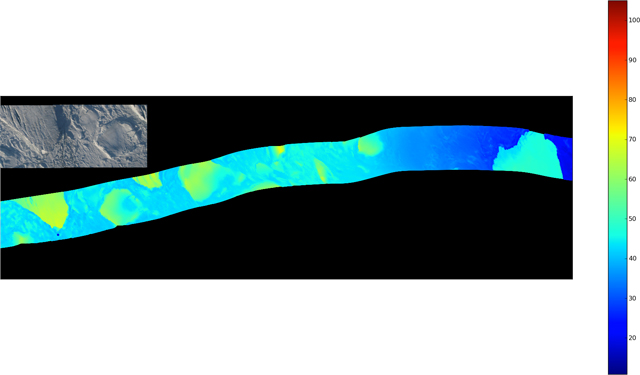 Preliminary data from the Airborne Topographic Mapper (ATM) show the topography around the Zachariae Glacier calving front region. The image contains preliminary data and is not for scientific analysis. Credit: Rob Russell/ATM team