KANGERLUSSUAQ — Science flights from Kangerlussuaq, or “Kanger,” last anywhere form five to eight hours. Then there are the nightly meetings to attend, an aircraft to upkeep, and weather to check. Today’s flight, however, was scrubbed due to weather and ash. What do scientists, engineers and flight crew do when they’re not flying? What’s it like in Kanger?

Kangerlussuaq is nestled at the head of a fjord in western Greenland. The town hosts a commercial airport, which until 1992 was a United States Air Force Base. Now, the town is a hub for tourists and researchers.

Some of the IceBridge researchers and crew are looking forward to the return to Thule, currently planned for May 17. Still, others appreciate the relatively snow-free springtime in Kanger, where you can simply walk to work at the airport, or go for a hike or bike ride.

Here’s a look around town and beyond: 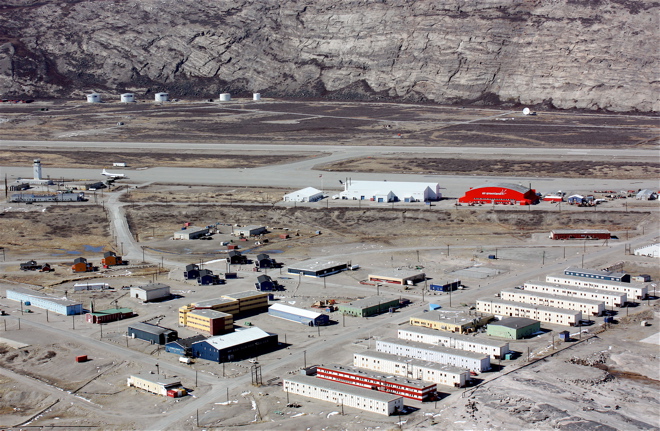 The entirety of Kangerlussuaq, Greenland, can be seen from a nearby hill, just a short drive or afternoon hike away. NASA’s P-3 (top left) waits on the runway for the next science flight. Credit: NASA 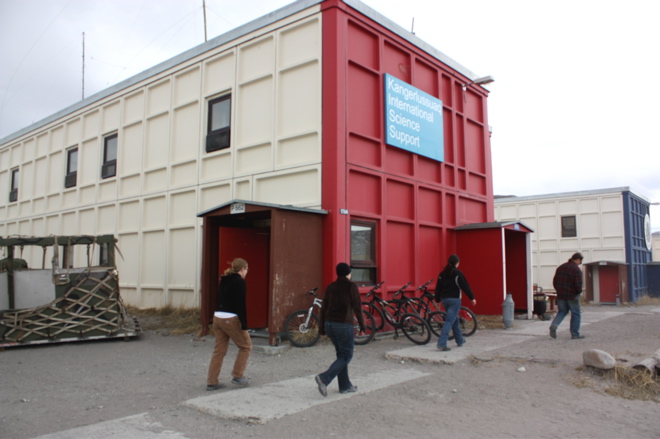 Kyle Krabill, with the ATM instrument group, picks up some Musk Ox steaks from the local butcher shop. Credit: NASA

There’s even an 18-hole golf course in Kanger, complete with a clubhouse.  Credit: NASA 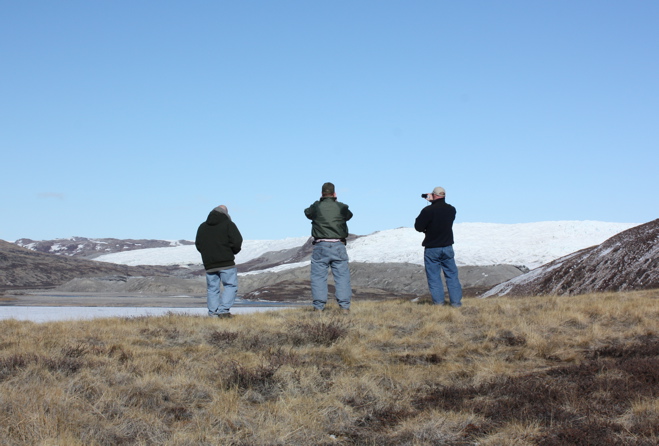 The parents of these dogs are working animals, pulling sleds over the snow and ice. Credit: NASA

2 thoughts on “Around Kanger”