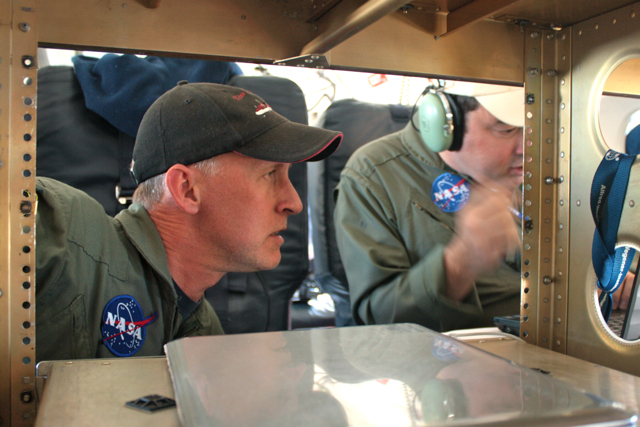 PUNTA ARENAS, Chile — Friday evening, IceBridge teams gathered in the hotel conference room to discuss logistics for upcoming flights. First up: weather. The audience watched the animated WRF model, a tool used for flight planning because it tells you what the weather will be like in the next 6-12 hours. On this particular morning, the model showed system after system lined up to pummel Antarctica. “Are we sure this isn’t the WTF model?” a scientists inquired.

Saturday morning, scientist and flight planner John Sonntag arrived at the airport offices with the flight decision. Weather conditions weren’t perfect, but were the best the Antarctic Peninsula had seen in a month. Given that it had been a few days since the last flight and the forecast looked to only worsen in the days ahead, mission planners decided to take the opportunity to fly under the cloud ceiling. The model predicted clear skies below 10,000 feet. “I hope they’re right,” Sonntag said.

The flight planners quickly worked up a modified version of the “Pen 23” flight plan and at 9:23 we took off for the Peninsula. 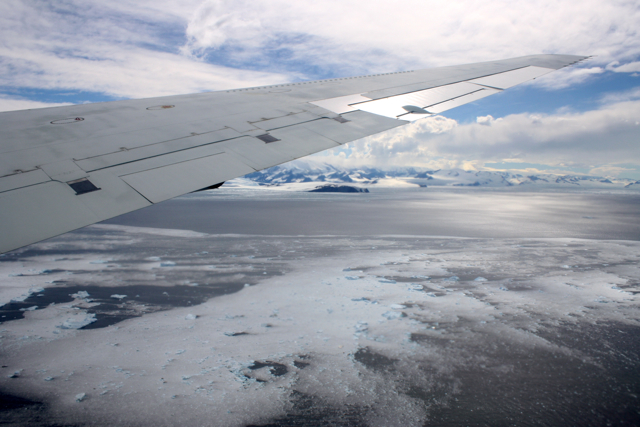 We flew the planned route backward, hitting northern cloud-free regions first. Heading south, we followed the eastern side the “spine” — the crest of a mountain range that extends down the middle of the Peninsula. Unfortunately for stomachs, the spine influences weather patterns and the east side also happened to be the windy, turbulent side. The DC-8 may need to restock the little white bags! 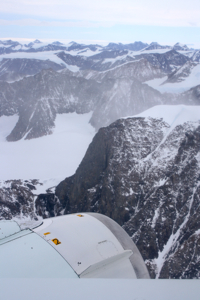 Stomachs also suffered from the dramatic changes in altitude necessary to collect data. The measurements require a relatively consistent altitude, which can be tricky when accessing a glacier behind a rock cliff. But the pilots deftly handled the 7,000-foot-roller coaster flight line to collect data over targets also surveyed during the 2009 campaign.

So what? Like a cork in a bottle, ice sheets can plug the neck of a glacier. Remove that ice shelf and the glacier more freely dumps ice into the ocean. Scientists want to keep an eye on how these glaciers continue to respond years and decades after the loss of the shelves. Crane, for example, which feeds into the remnant of Larsen B, shows little sign of slowing down.

Cruising further south, however, we encountered too many clouds so we cut across to the west side of the spine to check out the Fleming Ice Shelf. Clouds there also proved too dense, however, so we turned north back to Punta Arenas. At 8.4 hours, the modified Pen 23 became the shortest flight of the campaign — to the relief of many yellow-faced passengers.

3 thoughts on “Rollercoaster of Opportunity”