SANTIAGO, CHILE – Last night the DC-8 took off for a 10.7 hour long transit flight from NASA’s Dryden Aircraft Operation Facility in Palmdale, Calif.,  to Santiago, Chile. We took off shortly before midnight to arrive in Santiago at midday. Flying through the dark of night meant the cabin of the DC-8 was mainly illuminated by the many computer screens, creating an unusual view for the instrument teams who are used to flying science missions during daylight. 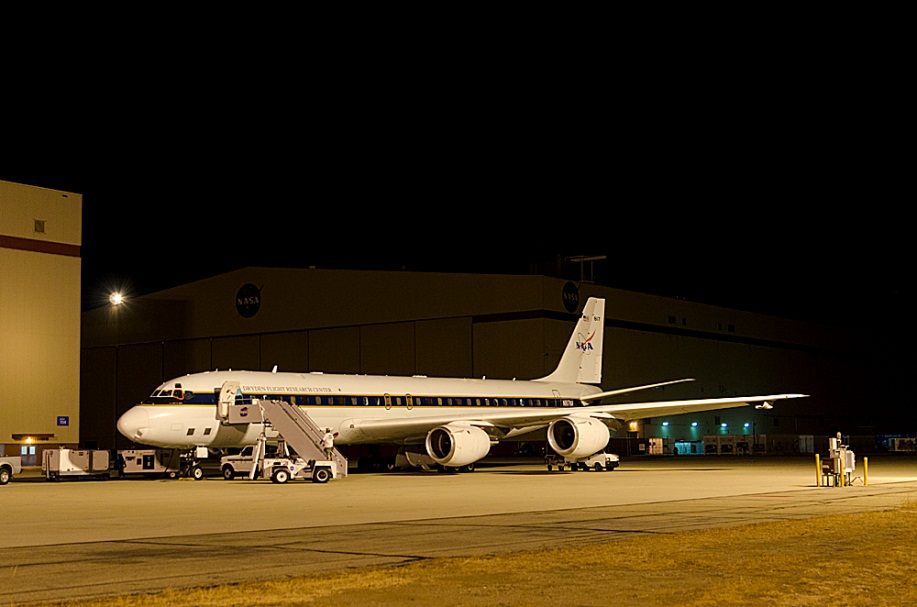 The DC-8 is being prepared at night on the ramp in Palmdale for the transit flight to Punta Arenas, Chile. Credit: NASA/Michael Studinger 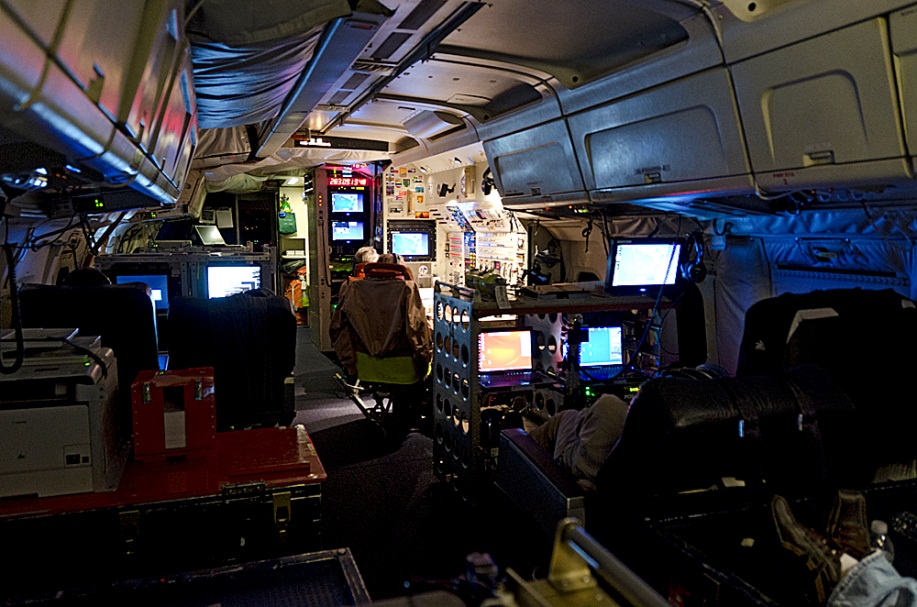 The DC-8 cabin during the night flight from Palmdale to Santiago. Credit: NASA/Michael Studinger

The 10.7 hour long transit flight puts things into perspective. The distance from Palmdale, in the Mojave Desert, to Santiago is 5,761 miles (9,271 km). This is 2.3 times the distance between Los Angeles and New York City. Tomorrow morning we will continue our flight to Punta Arenas at the southern tip of Chile, which will be our base of operations for the coming weeks for sciences flights over Antarctica. In total we will have traveled 7,292 miles (11,735 km) from Palmdale. The map below shows that we have traveled a long way around the globe. Our flight takes us over the Pacific Ocean along the coast of Mexico heading towards Galápagos Islands and continuing along the coast of South America and into Santiago, Chile. 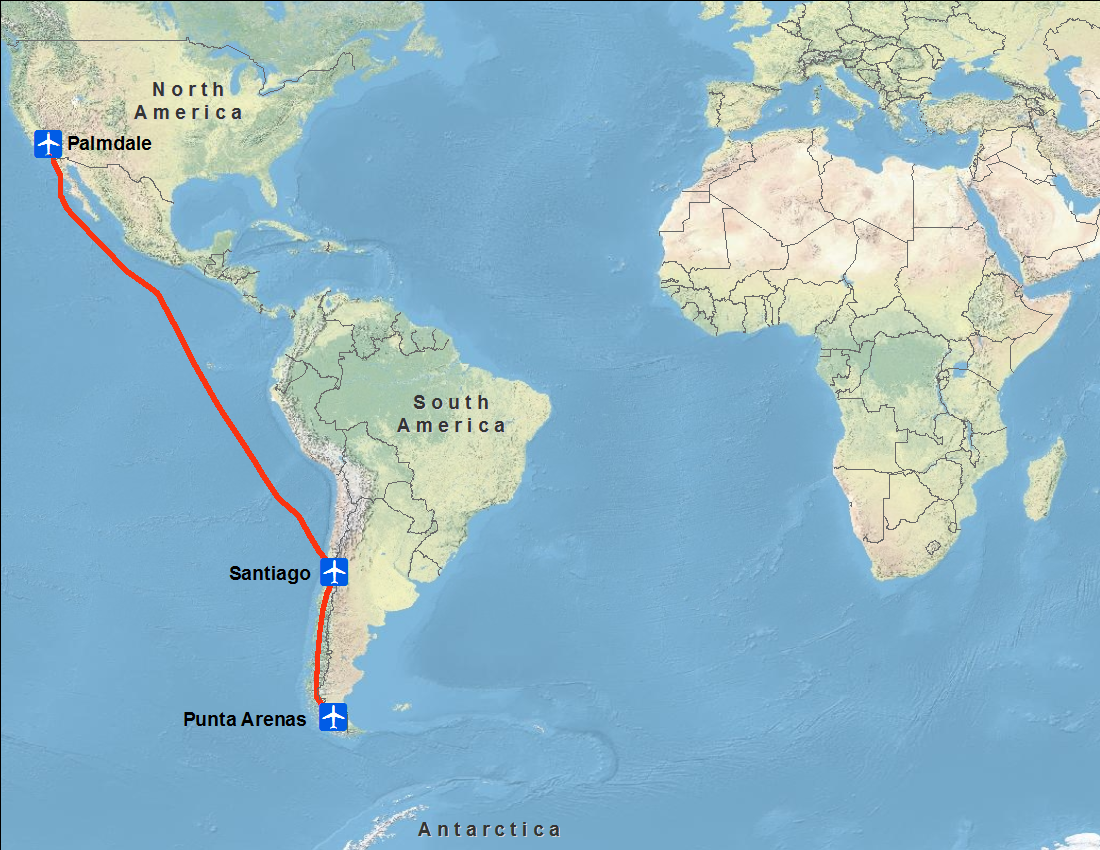 Transit route of the DC-8 from Palmdale to Santiago and Punta Arenas in southern Chile. Credit: NASA/Michael Studinger
The transit flight also reminds me about the large distance that we cover during each of our Antarctic science flights. A typical science flight is 11 hours long and we routinely travel a distance that is longer that the trip from Los Angeles to New York and back. The long legs of the DC-8 allow us to reach scientific targets in Antarctica that have been, and still are, a challenge to survey. I have to remind myself on every flight that we are collecting data that would be very challenging to get if we did not have the DC-8.

Tomorrow morning we will continue our flight from Santiago to Punta Arenas, to set up there, installing base stations and data processing computers, and will then start flying science missions over Antarctica to collect data. Coming back year after year it is interesting to see the changes in the sea ice and glaciers and ice sheets over time.