We sure had a packed plane on today’s flight, with visitors from the U.S. Embassy in Santiago, the Nathaniel B. Palmer, a Punta Arenas newspaper and two local schools. The Chilean teachers are the first to ever accompany IceBridge on an Antarctic mission (five docents had a chance to go on Arctic flights last spring). Carmen Gallardo, who teaches biology at Punta Arenas’ Colegio Alemán (German School) to kids ages 13 to 18 and Mario Esquivel, an astronomy teacher for students ages 9 to 14 at the local Colegio Francés (French School), were selected by the American Embassy in Santiago to fly on the DC-8 based on their English skills and, more importantly, on their plans to share their IceBridge experience with their classrooms and colleagues. 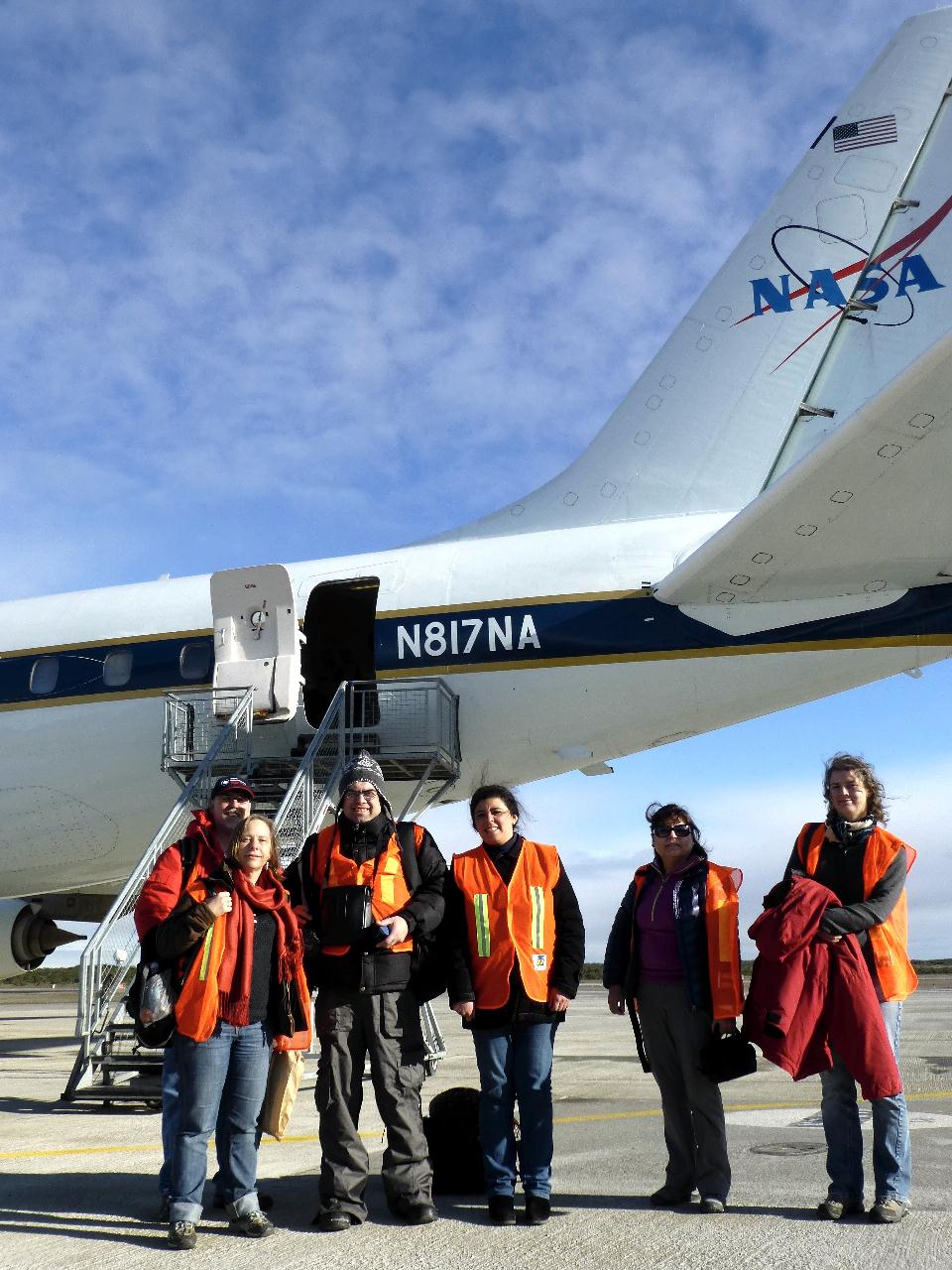 Visitors to IceBridge prior to a survey flight on Nov. 1. Credit: NASA / Maria Jose Viñas

“From the point of the U.S. Government, what we want the most is to reach the Chilean youth – and we do it through their educators,” said Dinah Arnett, public affairs representative from the U.S. Embassy in Santiago.

Arnett was impressed with the enthusiasm and commitment of both teachers: they thoroughly researched the IceBridge mission beforehand and patiently went through two last-minute flight cancellations. But, as Gallardo said after yesterday’s flight was scrubbed: “Third time’s the charm!”

At the end of the almost 12-hour flight, both teachers were in awe of the sights they had enjoyed over the Antarctic Peninsula and the Ronne Ice Shelf during the Ronne Grounding Line mission. And they both thanked the researchers for their willingness to share their science. In turn, the educators plan on spreading the IceBridge word: both will be creating multimedia exhibits and giving talks to students from and beyond their schools.

2 thoughts on “IceBridge Guests Get Behind the Scenes View”