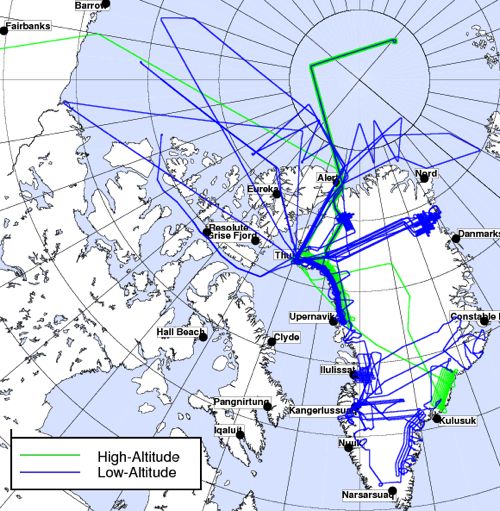 Over the span of almost 10 weeks, crew flew 28 science flights between the DC-8 and P-3 aircraft. Flight paths covered a total of 62,842 nautical miles, equivalent to about 2.5 trips around Earth at its equator. Credit: NASA

IceBridge — the largest airborne survey ever flown of Earth’s polar ice — has now completed two successive Arctic campaigns, adding a multitude of new information to the record from previous surveys.

Continue to follow the IceBridge blog and twitter feed to read updates as science results emerge. Also hear from scientists already planning the return to Antarctica this fall. 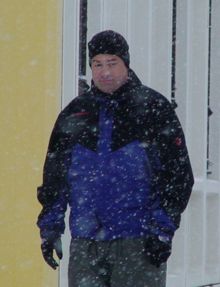 IceBridge project scientist Michael Studinger, recently back from the field, offered words of thanks to those who helped made the 2010 Arctic campaign a success.
“A project of this size with two aircraft and multiple deployment sites and a fairly complex instrument payload is only possible with the support of many people. I would like to thank everyone from NASA’s Dryden Aircraft Operations Facility, NASA’s Wallops Flight Facility and NASA’s Earth Science Project Office, who all provided excellent support for Operation IceBridge. We also had excellent support from the NASA instrument teams, the science teams from the universities, and many of our science colleagues, both, from the teams in the field and from people back home in the labs. IceBridge also would like to thank the many people in Kangerlussuag and at Thule Air Base in Greenland who provided excellent support while we were there. We could not have accomplished our goals without their terrific help.”

One thought on “Back from Greenland, No Rest for the Weary”