A teacher and student from the U.S. Naval Academy in Annapolis, Md., joined IceBridge in the field for the Arctic 2011 campaign. Follow their Arctic adventures here.

LCDR John Woods is a Meteorology and Oceanography Officer (METOC) currently teaching in the Oceanography Department at the United States Naval Academy (USNA). He is part of the Sea Ice Thickness Observation team currently participating in NASA’s Operation Ice Bridge 2011. 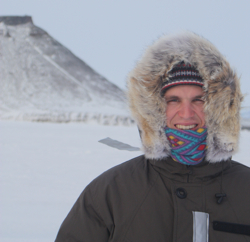 Eric Brugler is First Class Midshipmen who is an honors Oceanography major at the United States Naval Academy. He is interested in the polar regions of Earth because he believes they play a very important role to the Earth’s climate system.