Spring officially arrived on Sunday, but for IceBridge scientists in Thule, Greenland, spring was nowhere to be seen. Teams awoke Monday to a storm that continued through the day and by 5 p.m. local time, Thule Air Base had declared “Delta” status, prohibiting on-base travel and confining personnel to the buildings. 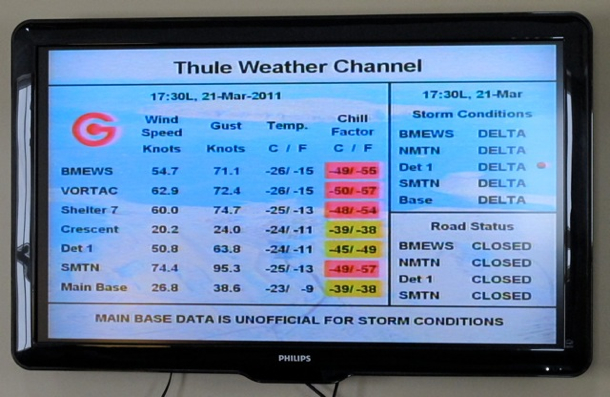 The storm on Monday in Thule intensified to “Delta” status. IceBridge scientists waited out the storm indoors. Credit: NASA/Jim Yungel 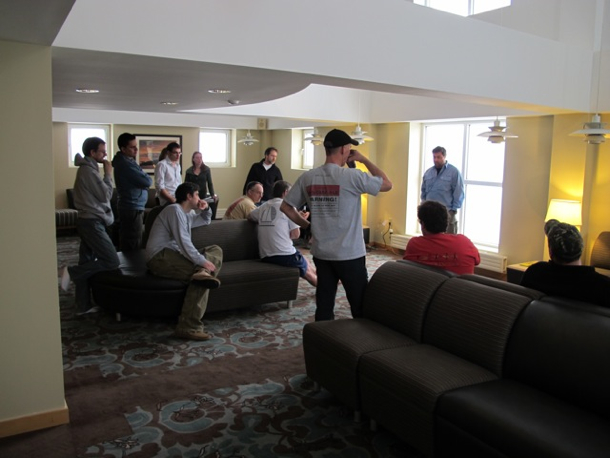 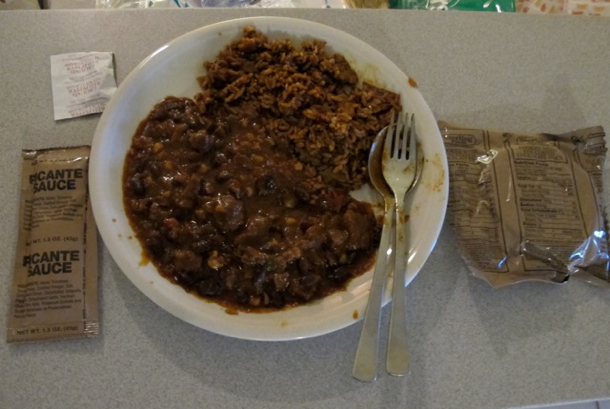 With no other options for food, some scientists turned to MREs (Meal, Ready-to-Eat), including this southwest style beef and beans with Mexican style rice, picante sauce, and chocolate disk cookie dessert. Credit: NASA/Jim Yungel

The ground-based GPS antennas did not fair as well in the storm, although both stations have since been reestablished and ready for a science flight. Credit: NASA/Kyle Krabill 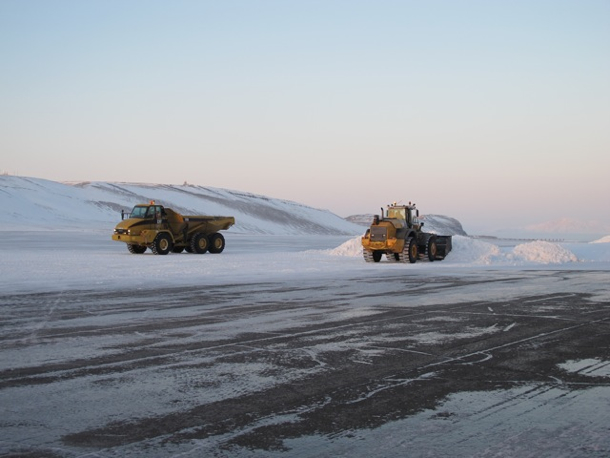 By Tuesday morning the storm had passed and crews were quick to plow the runway. Credit: NASA/Jim Yungel 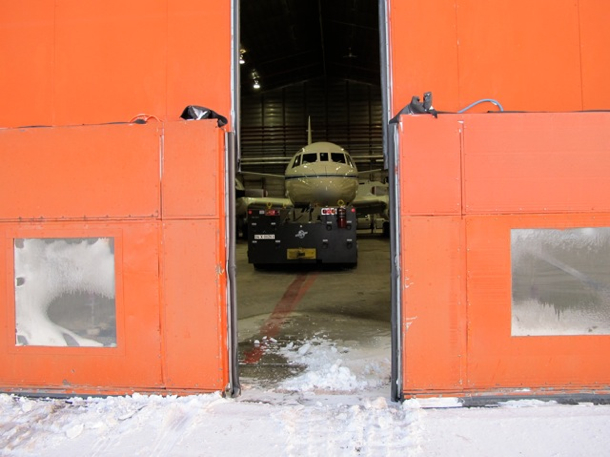 With a clear runway, the P-3 was rolled out for a long-awaited, high-priority sea ice flight to Fairbanks, Alaska. Credit: NASA/Jim Yungel