During the week of Apr. 7 – 11, IceBridge was visited by a television production crew from the Al Jazeera America program TechKnow. During this week, the crew flew on an IceBridge survey flight and interviewed several members of the team for an upcoming episode of the show, tentatively scheduled for release in May. 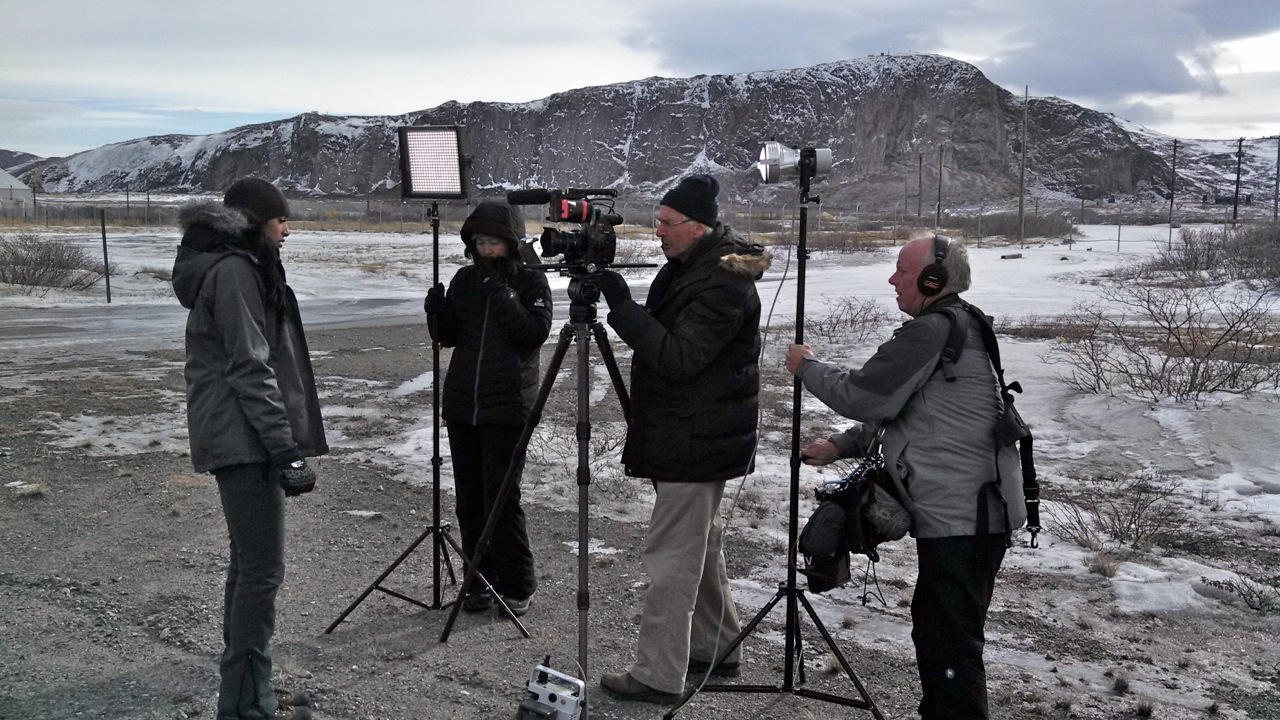 “They were very easy to work with and made noticeable efforts keeping a low profile and getting their job done without impacting our daily work too much,” said Michael Studinger, IceBridge project scientist. “Their passion and dedication made them a natural fit for the IceBridge teams.”

TechKnow is a program focusing on the latest in science and technology and the people behind the science. For more about TechKnow visit: 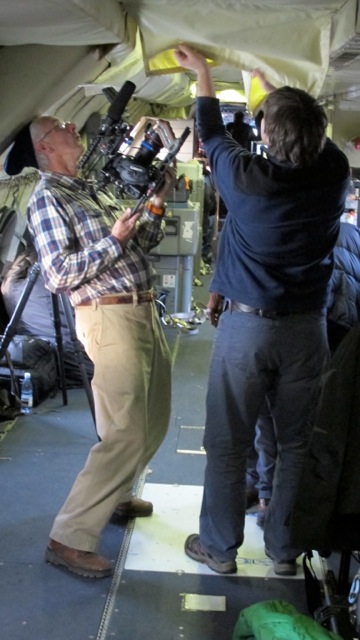 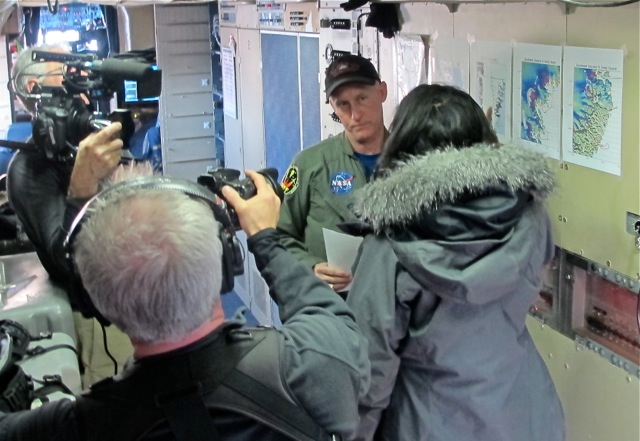 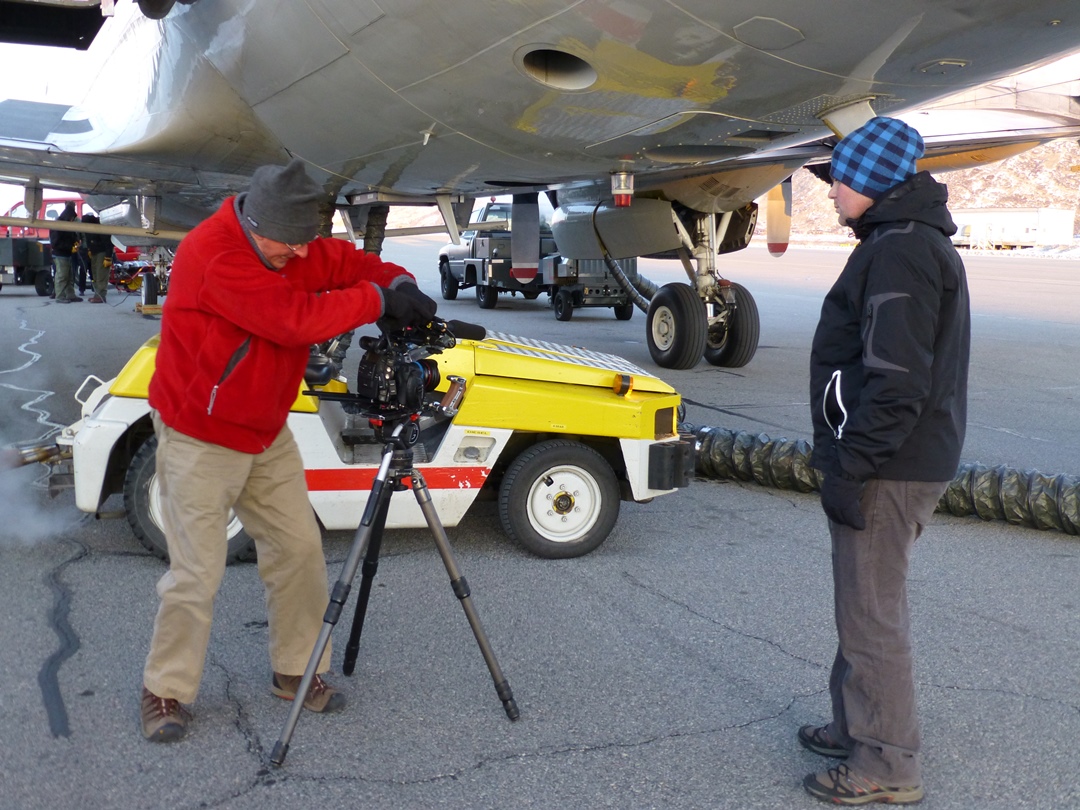 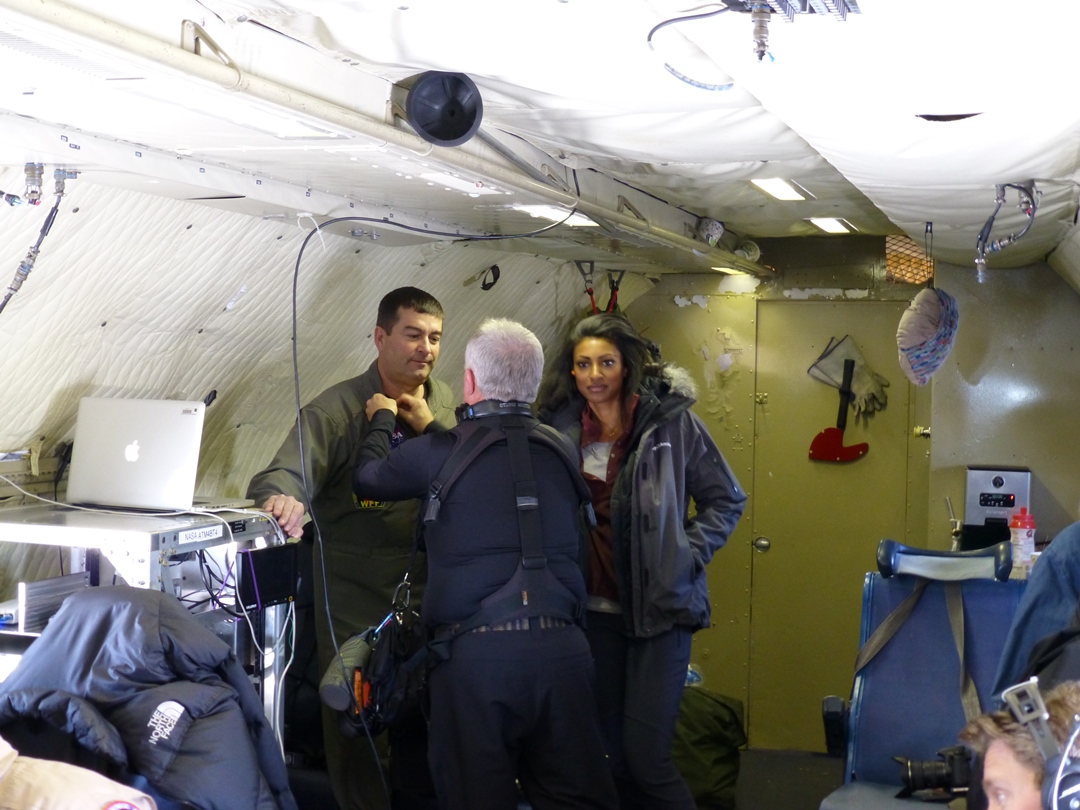