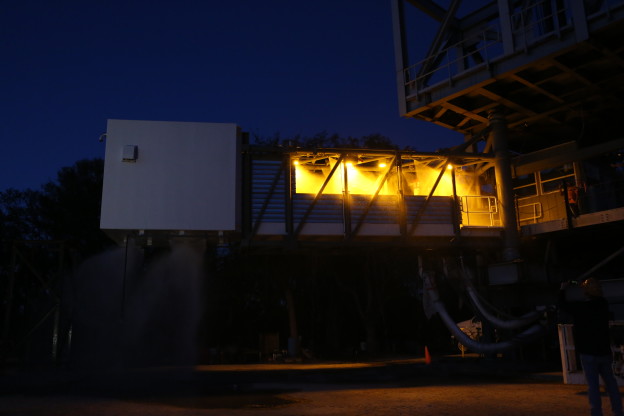 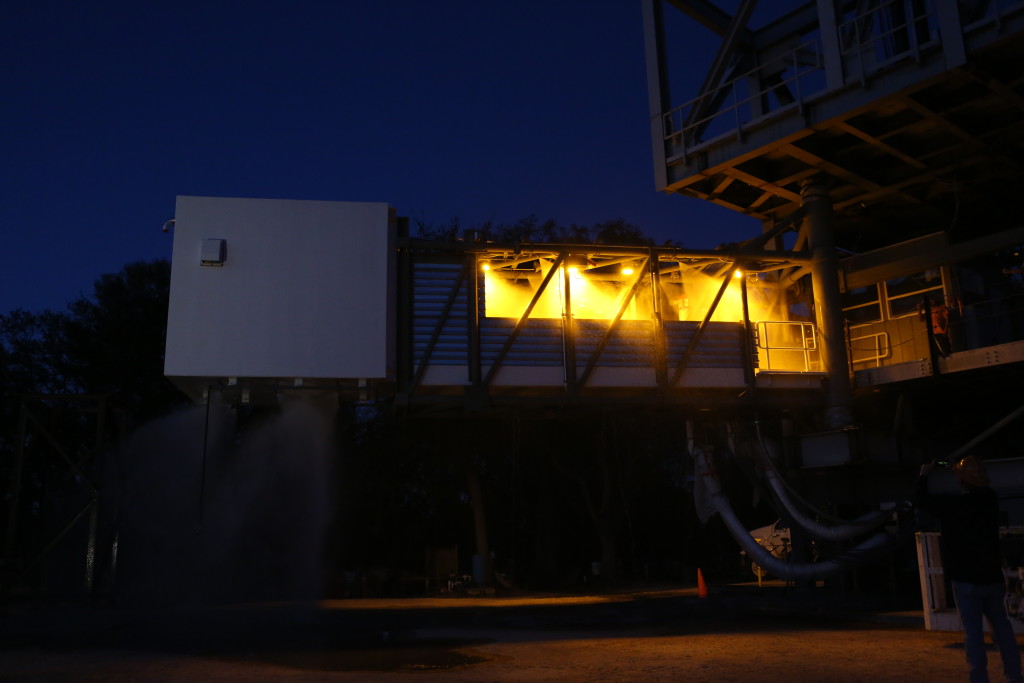 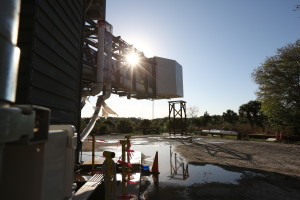 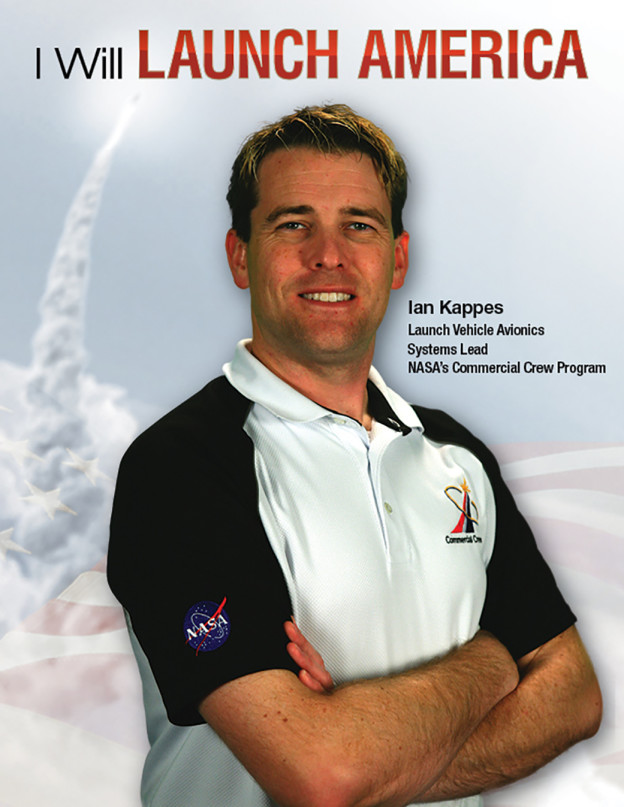 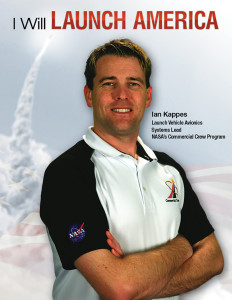 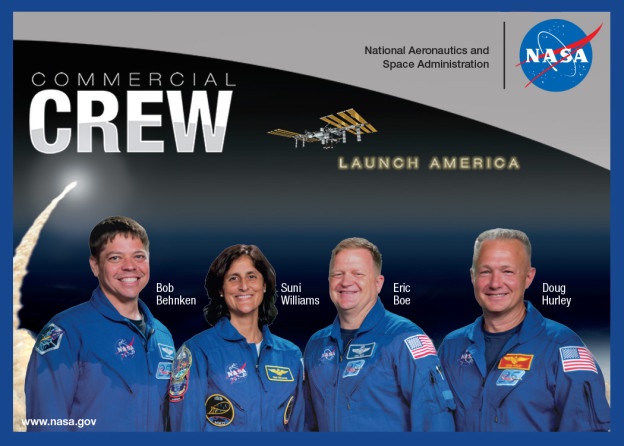 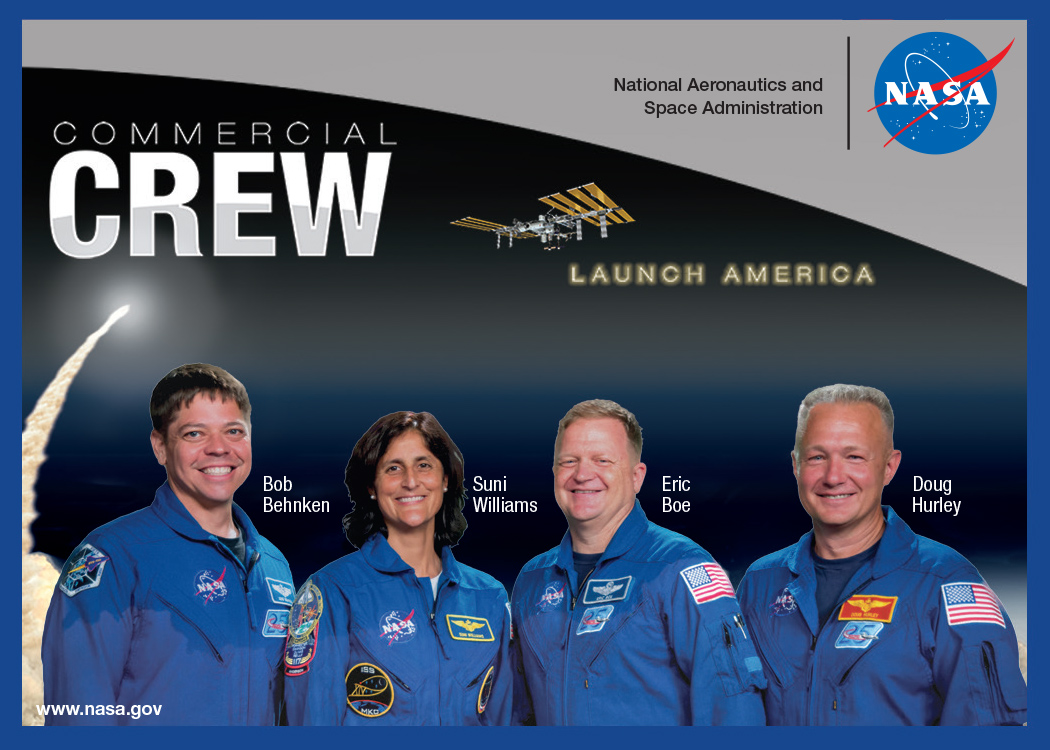 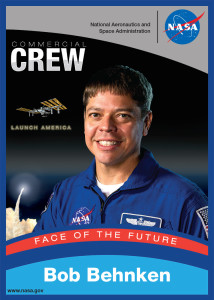 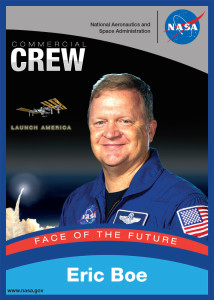 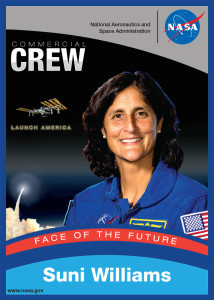 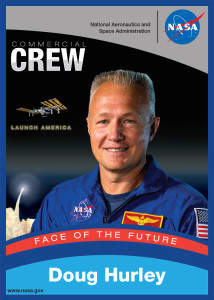 They have not been assigned specific missions or spacecraft at this point, but all four are training very closely with teams at Boeing and SpaceX  to learn flight systems and details about the hardware in final development. The companies are working in partnership with NASA’s Commercial Crew Program and are independently developing human spaceflight systems that can safely fly astronauts to the International Space Station where they can increase the amount of research performed on the orbiting laboratory.

Boeing is building the CST-100 Starliner, which will launch atop a United Launch Alliance Atlas V rocket and SpaceX is working on the Crew Dragon spacecraft to launch atop its Falcon 9 rocket. Both American-made systems are to launch from Florida’s Space Coast, restoring the United States’ ability to launch astronauts from its own shores.

Click on the cards above or the names below to download the five new trading cards – one for each astronaut plus a group card – and to find out more about the four astronauts and their paths to the stars! 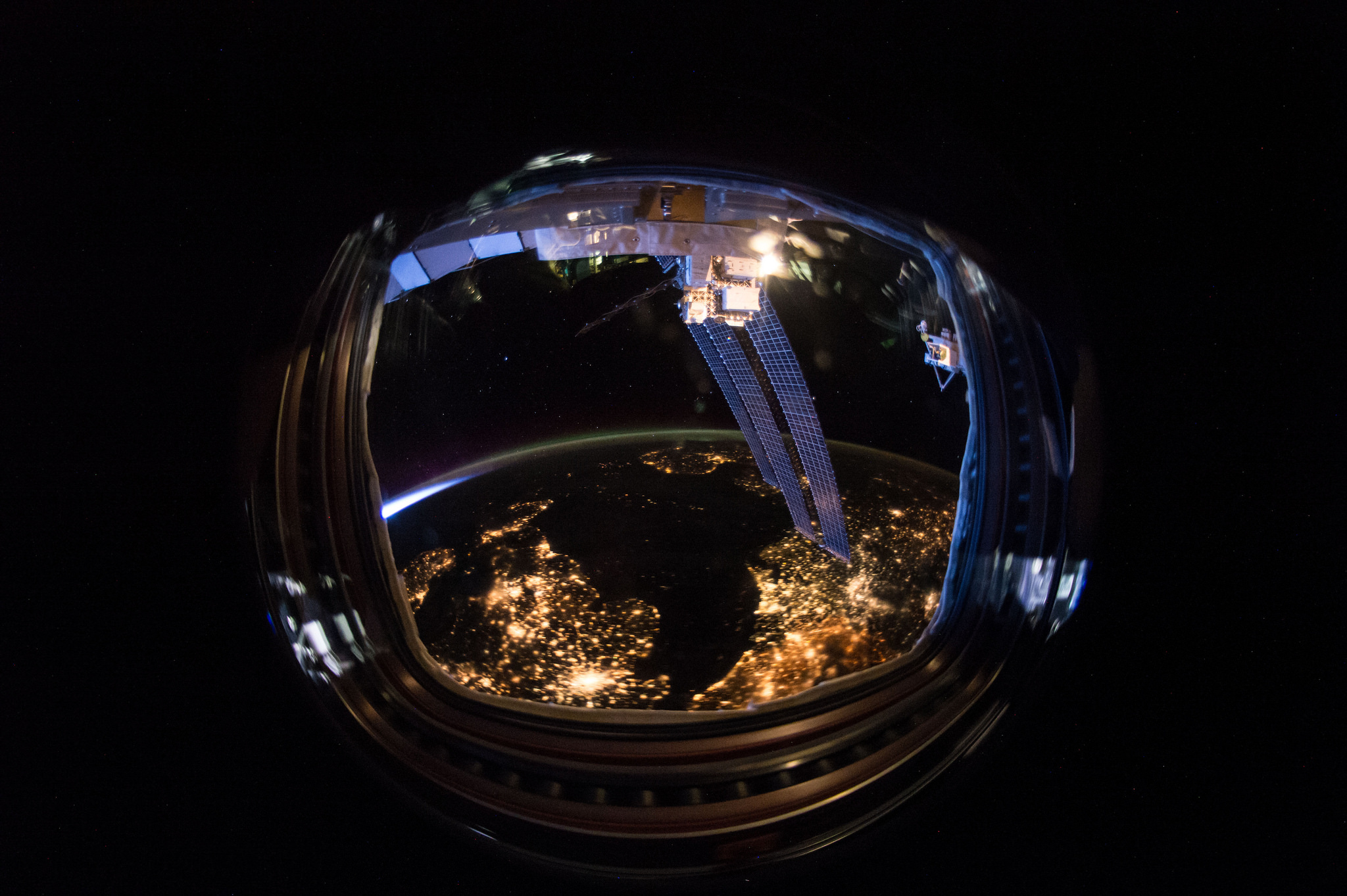 Today, astronauts Tim Peake and Tim Kopra worked on a communications system inside the International Space Station, specifically tailored to the needs of future visiting vehicles, including Boeing’s CST-100 Starliner and SpaceX’s Crew Dragon under development in partnership with NASA’s Commercial Crew Program. Known as Common Communications for Visiting Vehicles, or C2V2, the system uses both radio frequencies and hard-line connections to allow the station and spacecraft to talk to each other throughout rendezvous and docking operations, as well as when the spacecraft is connected to one of the station’s docking ports. The astronauts, two of the three people living and working on the station right now, are routing cables today inside the station.

NASA’s Commercial Crew Program is set to return human spaceflight launches to the International Space Station from U.S. soil. NASA shares accountability with our commercial providers, Boeing and SpaceX, to implement a robust process for the development of safe, reliable and cost effective commercial crew transportation systems. NASA’s critical obligation is to ensure crew safety and success for NASA missions, and the providers are each responsible for safe operations of commercial crew transportation systems.

“Collectively, we say our job is to make sure that when the crew enters the spacecraft prelaunch, that they go home to their family,” said Billy Stover, commercial crew’s Safety and Mission Assurance officer. “When we say it like that, it starts to become very crystal clear, at least to our team. When we talk safety, it’s about what can hurt the crew and how can we prevent it. That makes it very tangible, very realistic and something you can actually grasp.” 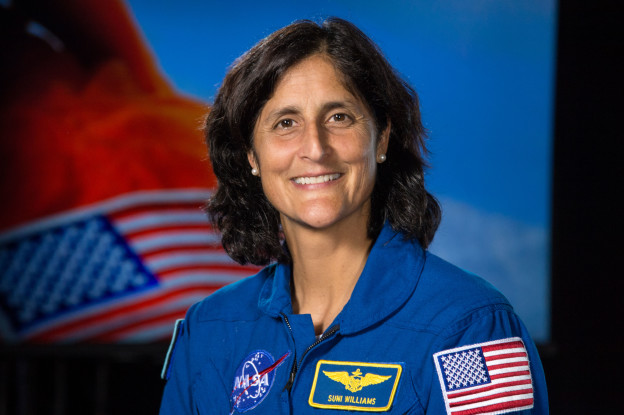 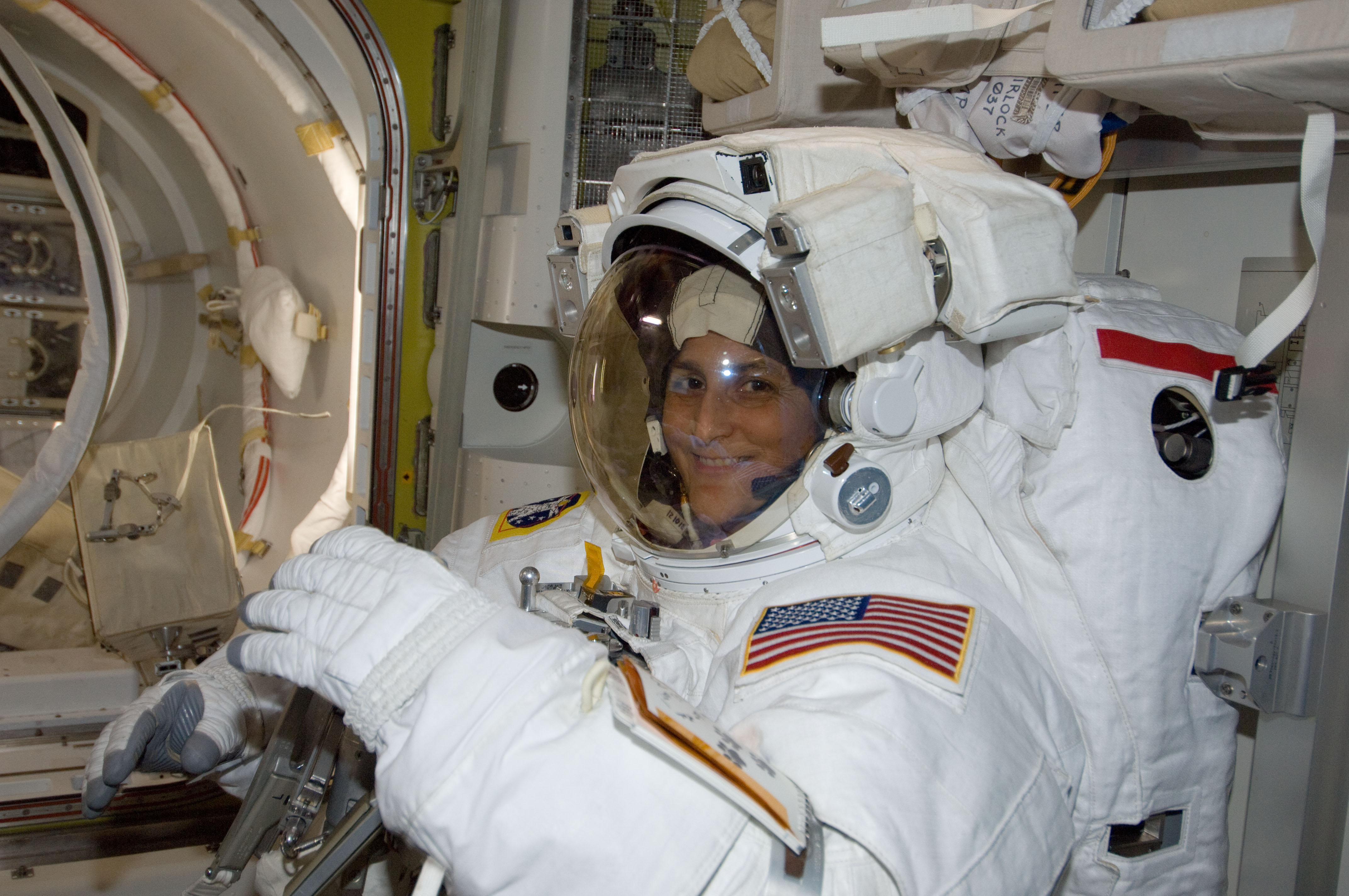 Veteran space shuttle, International Space Station and Soyuz astronaut Suni Williams is one of four astronauts training for flights aboard Boeing’s CST-100 Starliner and SpaceX’s Crew Dragon for NASA’s Commercial Crew Program. Noting the start of Women’s History Month today, Williams set the records for most spacewalks by a woman and most time spacewalking by a woman in 2012 during Expedition 32 on the space station.

“We have the opportunity as the commercial crew cadre to go to both Boeing and SpaceX and check out what they’re doing and how they’re coming along with their spacecraft. These are things that are much different from both space shuttle and Soyuz, because they’re taking advantage of the technology from the last two decades or so. Some of the ideas are brand new, it makes us think out of the box from how we’ve done spacecraft and how we’ve flown spacecraft before,” Williams said. Read more from Suni about Commercial Crew, conducting research in orbit and what new astronauts should expect here.