Astronauts Terry Virts and Barry Wilmore will make the third spacewalk Sunday to complete the first in a series of work to outfit the International Space Station with the mechanisms needed for Commercial Crew spacecraft to dock to the orbiting laboratory. The two adapters were built by Boeing and will be carried to the station on upcoming SpaceX cargo missions. The adapters will serve the Boeing CST-100 and SpaceX Crew Dragon spacecraft when they fly astronauts to the station.

During Sunday’s spacewalk, Virts and Wilmore will deploy 400 feet of cable along the truss of the station and install antennas as part of the new Common Communications for Visiting Vehicles system that will provide rendezvous and navigational data to visiting vehicles approaching the station, including the new U.S. commercial crew vehicles.

NASA TV coverage Sunday will begin at 6 a.m. EST. The spacewalk will begin around 7:10 a.m. and is expected to last about 6 hours, 45 minutes. NASA TV is available online at https://www.nasa.gov/nasatv.

Pick up a book this weekend if you’re cooped up inside from the rain or tired of shoveling snow and NASA’s Commercial Crew Program will help you keep your place in it using one of our new bookmarks.

We have three – one for the program and one for each of our Commercial Crew Transportation Capability providers. They can be downloaded by clicking on their respective pictures on the right. 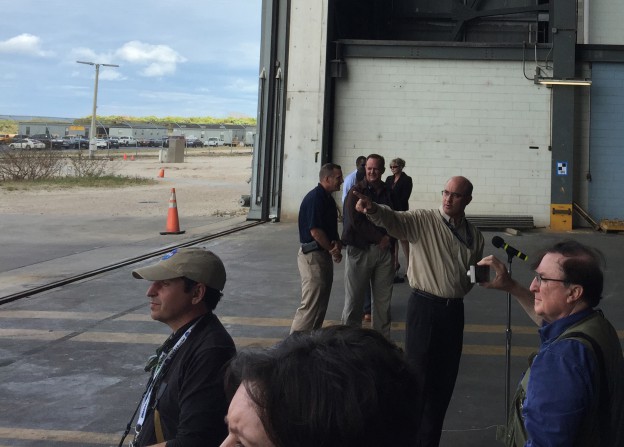 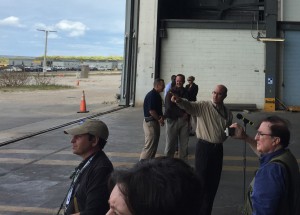 Safety engineer Billy Stover is part of the NASA team making the new generation of commercial spacecraft safe. He will use the same determination and open-minded approach as he supports the Brevard County School Board make the best capital improvements to the school system.

“It’s all about problem-solving – life is all about problem solving,” Stover said. “I’m going to bring my set of project management skills to a different environment, the schools. Each company, each organization has its own culture. To me it’s all about getting the task done as efficiently as possible with the people being as effective as they can be.” 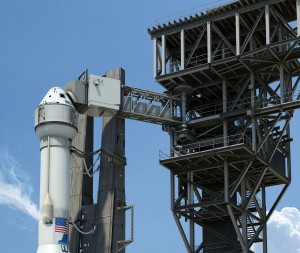 Boeing, United Launch Alliance, NASA and other organizations were represented today for the ceremonial start of construction on the first new crew access tower at Cape Canaveral Air Force Station since the 1960s. The 200-foot-tall structure will be crucial to allowing astronauts to board Boeing’s CST-100 spacecraft as it sits atop a United Launch Alliance Atlas V rocket. You can read our account of today’s groundbreaking ceremony for a new crew access tower at SLC-41 along with all the details about the structure and what it means to American spaceflight here. 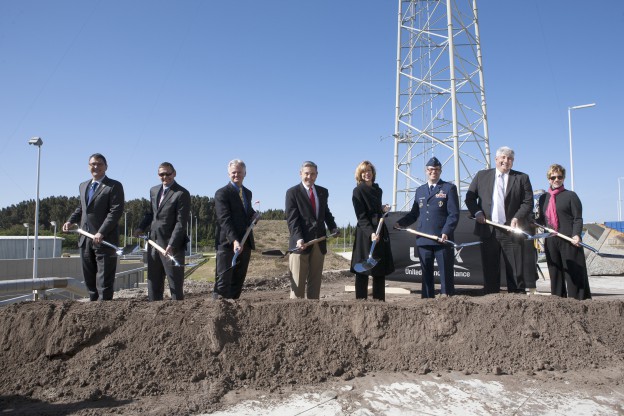 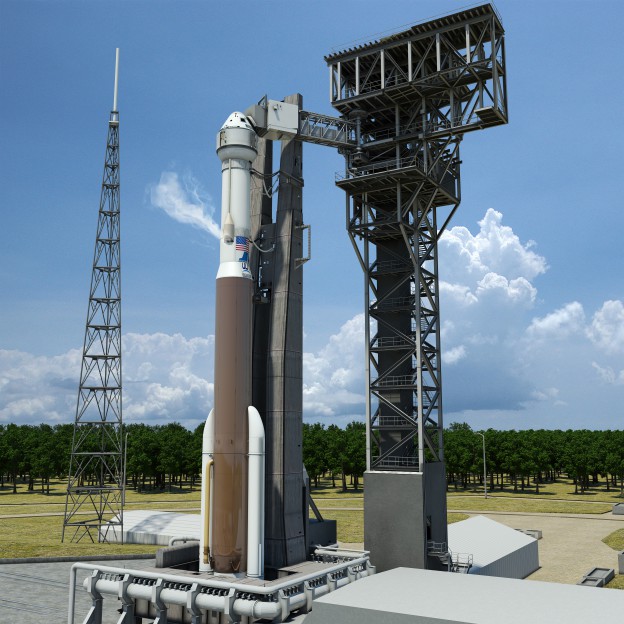 A set of three spacewalks by astronauts on the International Space Station will focus on preparing the orbiting laboratory for the arrival in coming years of spacecraft under development by partners of NASA’s Commercial Crew Program. Astronauts Barry Whitmore and Terry Virts will perform the extravehicular activities, or EVAs, on Saturday, Wednesday and Sunday, March 1. The spacewalkers will prepare two of the ports on the station to receive two docking adapters that are compatible with the hatches of Boeing’s CST-100 and the SpaceX Crew Dragon. Those two spacecraft are scheduled to be built and flight-tested then certified in 2017 leading up to operational missions to take astronauts to the station. Boeing built the adapters, and a cargo-only version of the SpaceX Dragon will be used to take them to the station later this year.

In addition to regaining America’s ability to launch astronauts to the station from U.S. soil, the new spacecraft will expand the crew of the station to seven people, which will double the amount of time astronauts can devote to research work on the station.

Spacewalks are complicated endeavors calling for detailed choreography and careful planning. You can learn more about the spacewalks and everything involved with achieving the objectives in this briefing from earlier this week. 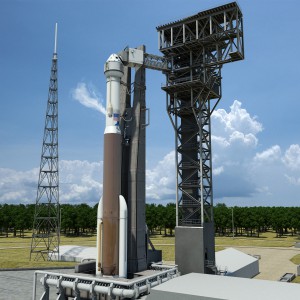 The new crew access tower at SLC-41 will reach 200 feet in height and include an elevator, as well as means for quick evacuation from the structure in the event of an emergency. SLC-41 is one of the most active launch complexes on the Space Coast, so construction of this tower is scheduled to take place between launches, with segments of the structure being built off-site then assembled at the pad. 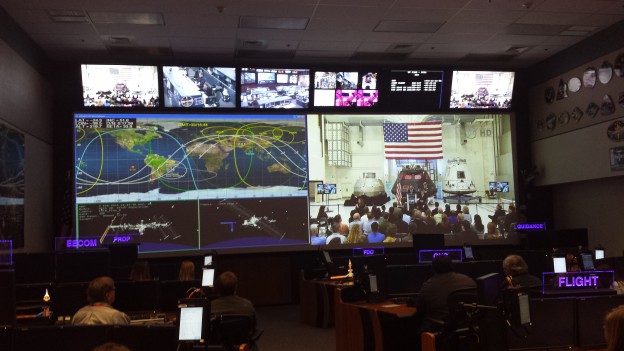