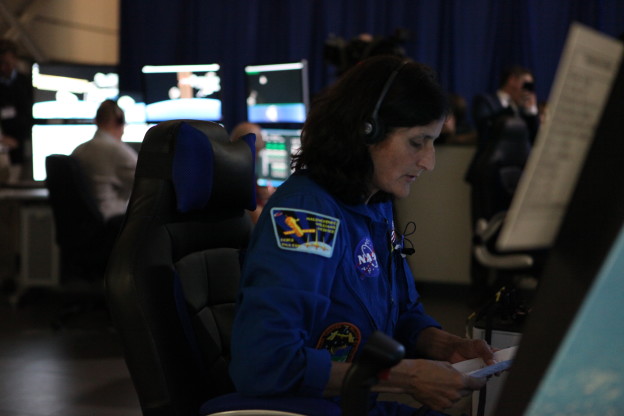 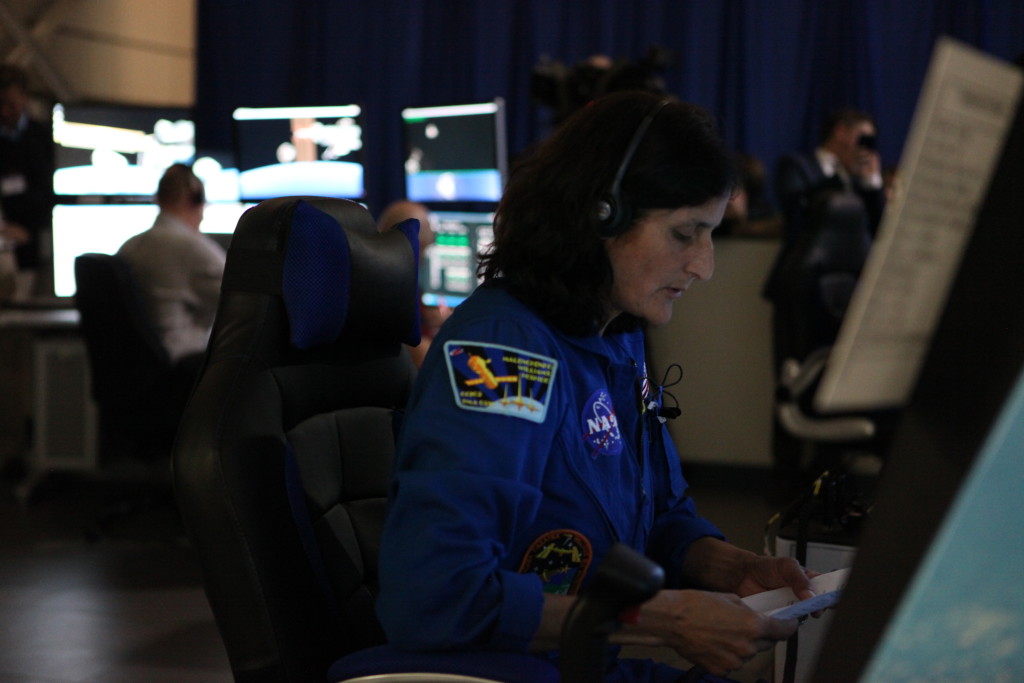 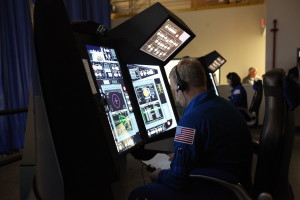 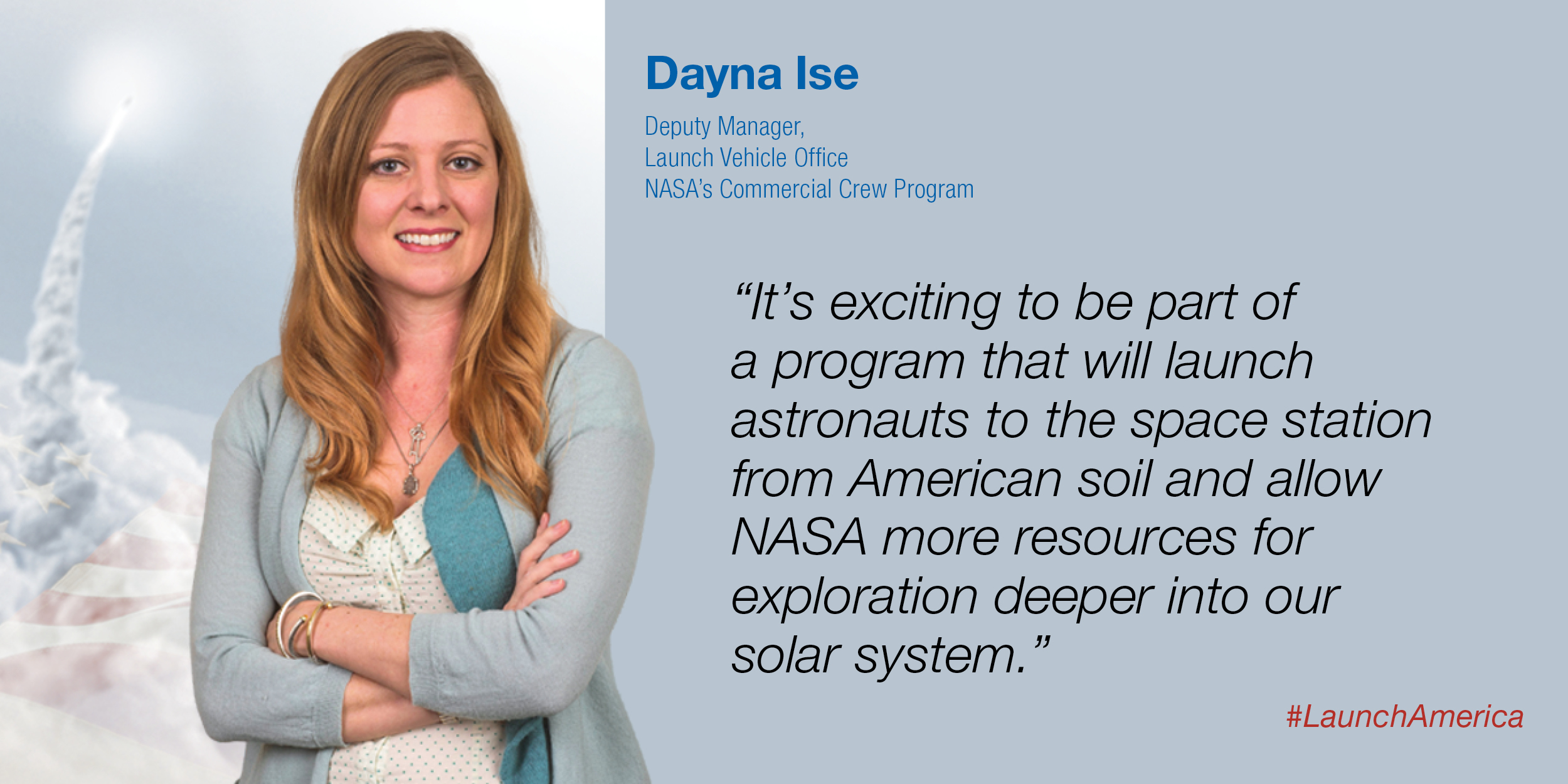 American-built rockets will soon once again launch astronauts from American soil, and Dayna Ise, an engineer at NASA’s Marshall Space Flight Center in Huntsville, Alabama, is excited to be part of the program making this possible.

“Of all the projects I have been part of with NASA in my 15 years, this is easily the work I am most proud of,” said Ise, who started her career working on space shuttle main engines. “I joined the team early on, almost five years ago, and it’s been fun to see it grow. It’s exciting to be part of program that will launch astronauts to the space station from American soil and allow NASA more resources for exploration deeper into our solar system.”

NASA’s ultimate goal with the Commercial Crew Program is to establish reliable and cost-effective human access to space. In the Launch Vehicle Office, Ise works with industry partners to ensure all launch vehicle requirements and standards are met before launching astronauts for NASA.

Learn more about Dayna and the work she is doing to return human spaceflight launches to the U.S. http://go.nasa.gov/1VrYllI 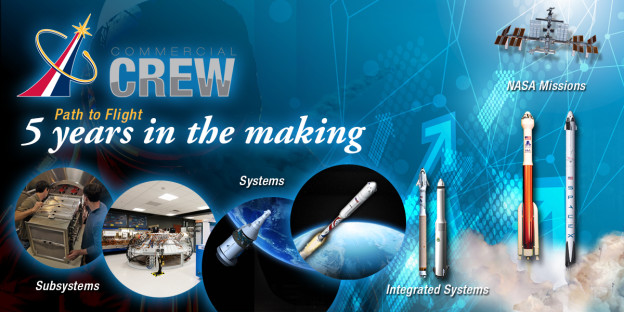 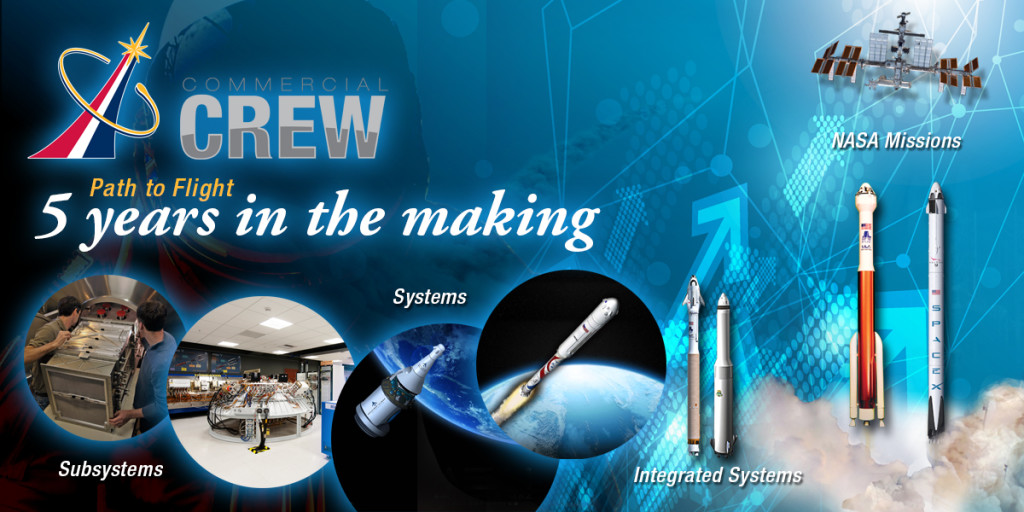 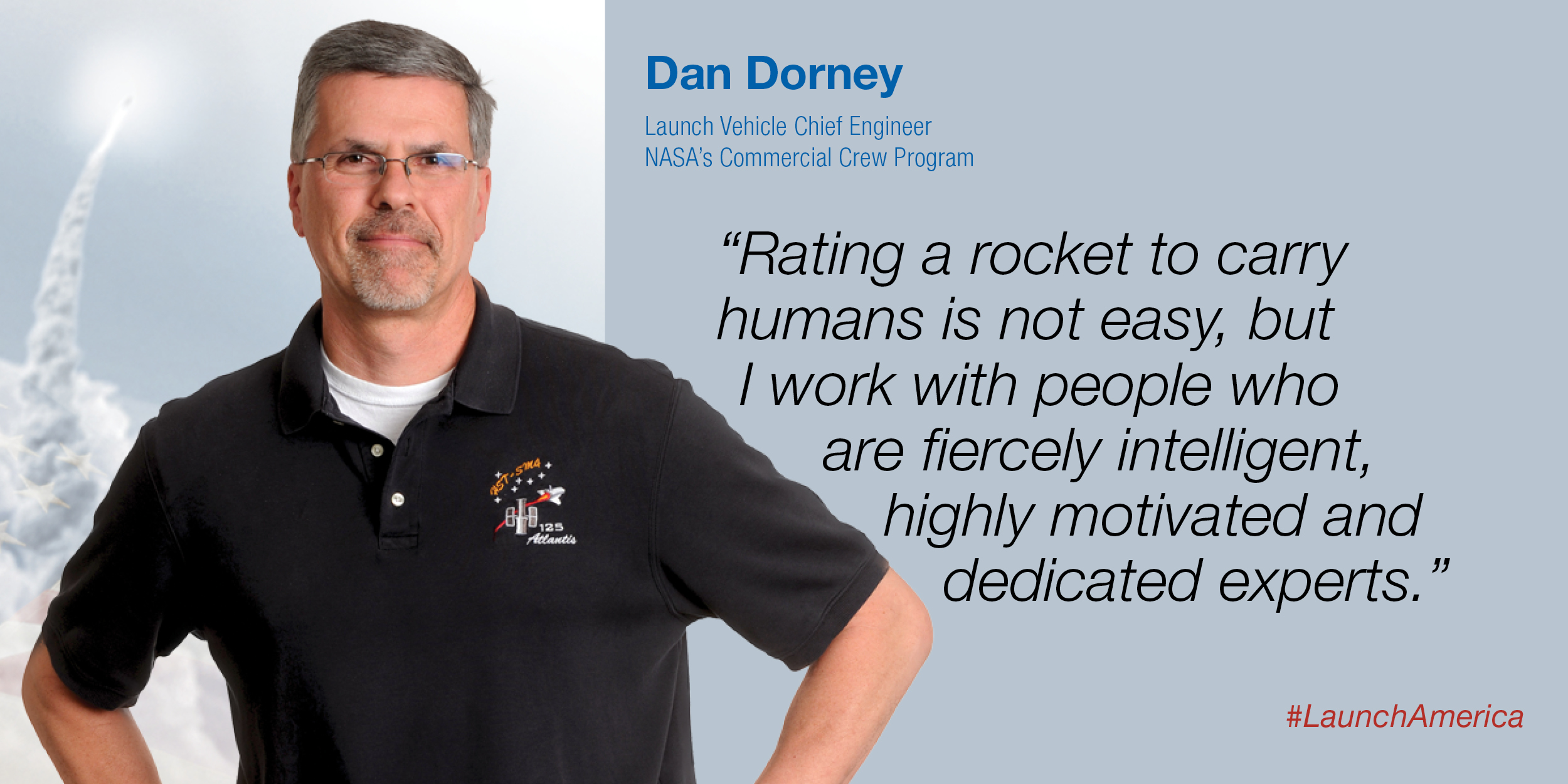 As a 7-year-old boy growing up in Kalamazoo, Michigan, in 1969, Dorney watched the Apollo 11 moon landing from his living room and decided he needed to build his own rocket. He sent a letter to NASA asking how to do that. Much to his parents’ surprise, he got a response – NASA sent him plans to build a simple model rocket. Which he immediately rejected.

“I wanted the real wiring schematics and engine plans,” Dorney says. “I wanted to build my own life-size rocket to go to the moon. I was ready to be an aerospace engineer.”

Learn more about Dan and the work he is doing to return human spaceflight launches to the U.S. http://go.nasa.gov/1RYx5aj