Kathleen O’Brady’s five-year-old son can name all of the planets in our solar system and even some nearby stars. Perhaps the brightest star he knows though is his mom. She is helping shape policy in the new era of commercial human spaceflight.

O’Brady plays a key role in NASA’s Commercial Crew Program (CCP), which has partnered with Boeing and SpaceX to develop spacecraft to fly NASA astronauts to the International Space Station, and return them safely home. NASA is in the process of certifying two new crew transportation systems—Boeing’s Starliner and SpaceX’s Crew Dragon—at the same time. As a certification systems engineer in the program’s Systems Engineering and Integration Office at NASA’s Kennedy Space Center in Florida, O’Brady was responsible for defining an integrated plan for certification which is being executed by both providers.

“I honestly loved it,” O’Brady said. “It’s like putting a puzzle together. Half the problem is trying to make sure you understand what all the pieces are, and then you start slowly integrating those pieces.”

Boeing and SpaceX are targeting test flights with crew on board for late this year. “We all have to do the job right,” O’Brady said. “We have a duty to return our astronauts to flight. We’re going to use these private companies and they’re going to do a fantastic job.”

After completion of uncrewed and crew test flights of Boeing’s CST-100 Starliner and SpaceX’s Crew Dragon, NASA will review the data to ensure the vehicles meet the agency safety and performance requirements, as part of final certification efforts.

With test flights scheduled later this year, Boeing and SpaceX are working closely with the astronaut team to ensure crew safety and serviceability in their respective capsules.

Here’s more about what the commercial crew astronaut test pilots are looking forward to in the upcoming year: 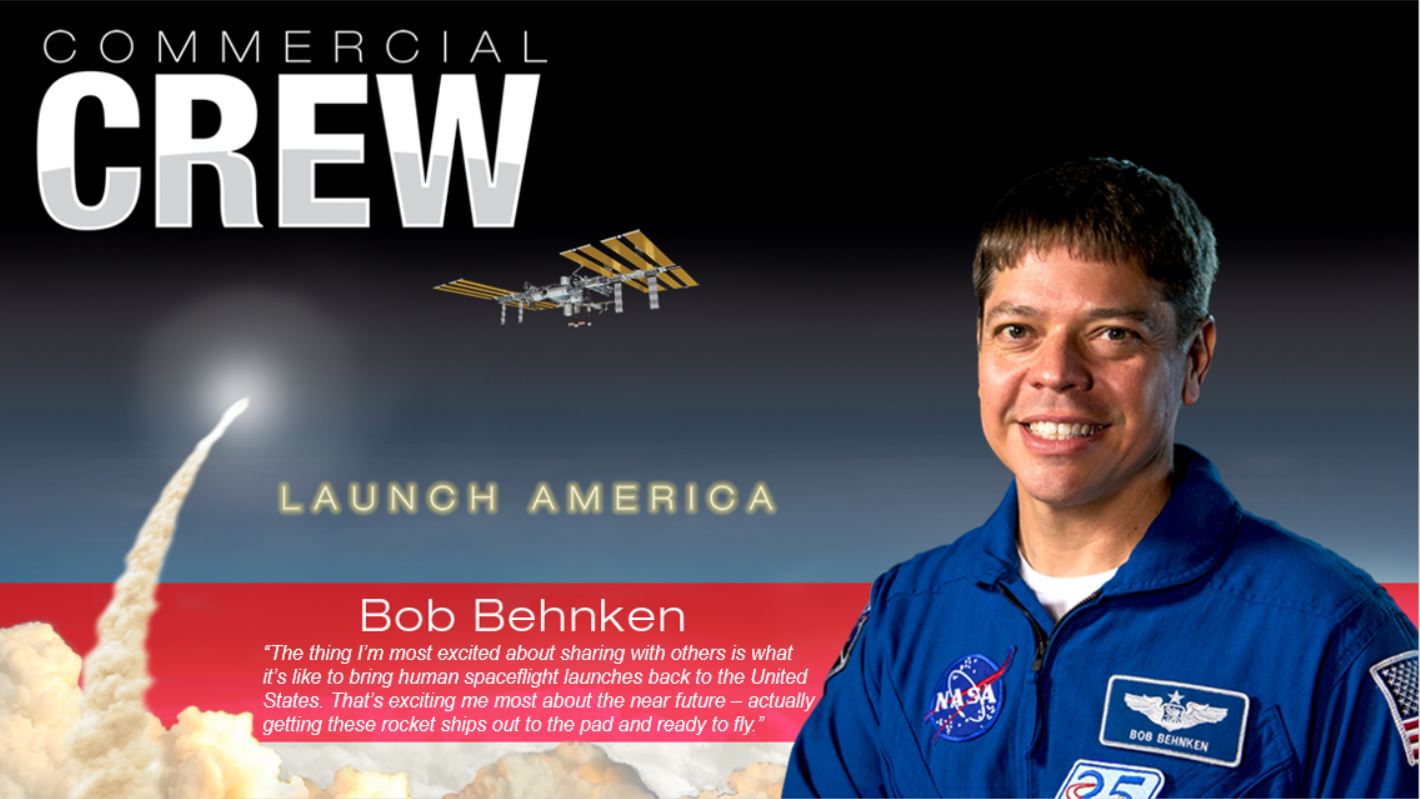 Behnken, a NASA astronaut since 2000, flew on space shuttle missions STS-123 and STS-130 accumulating more than 29 days in space. 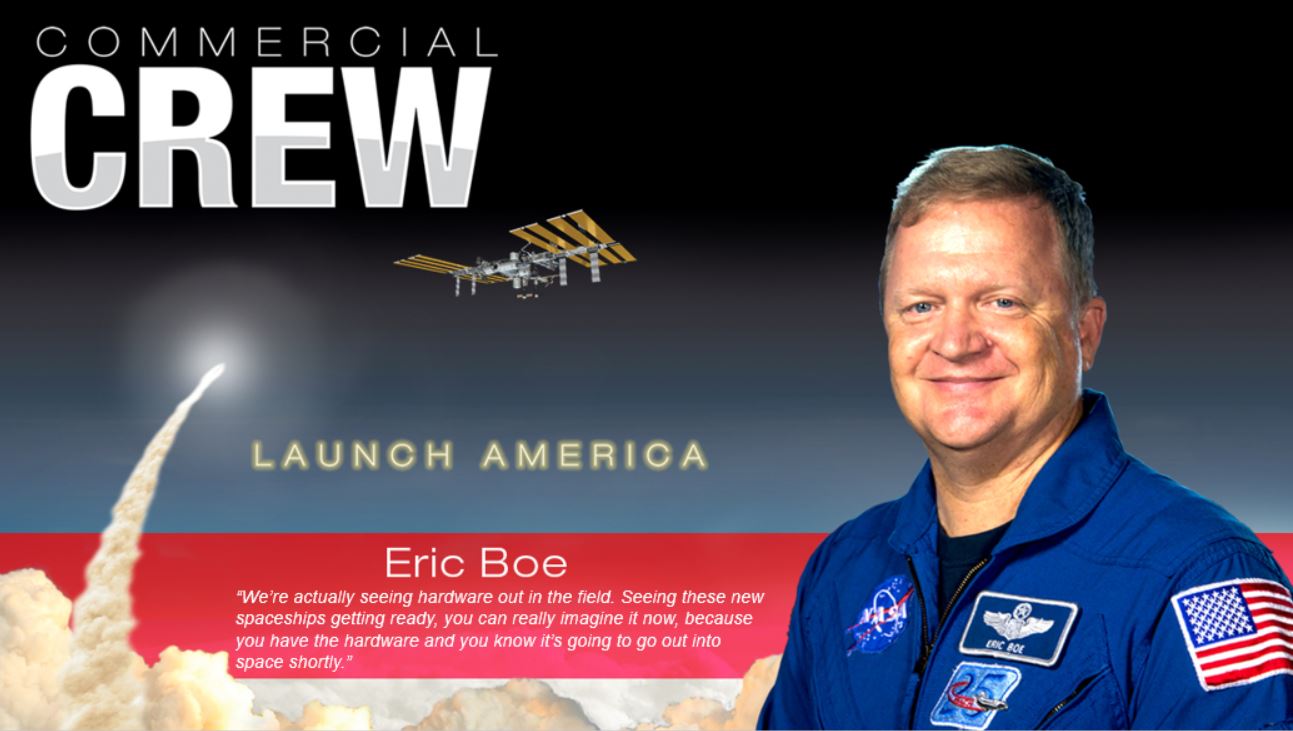 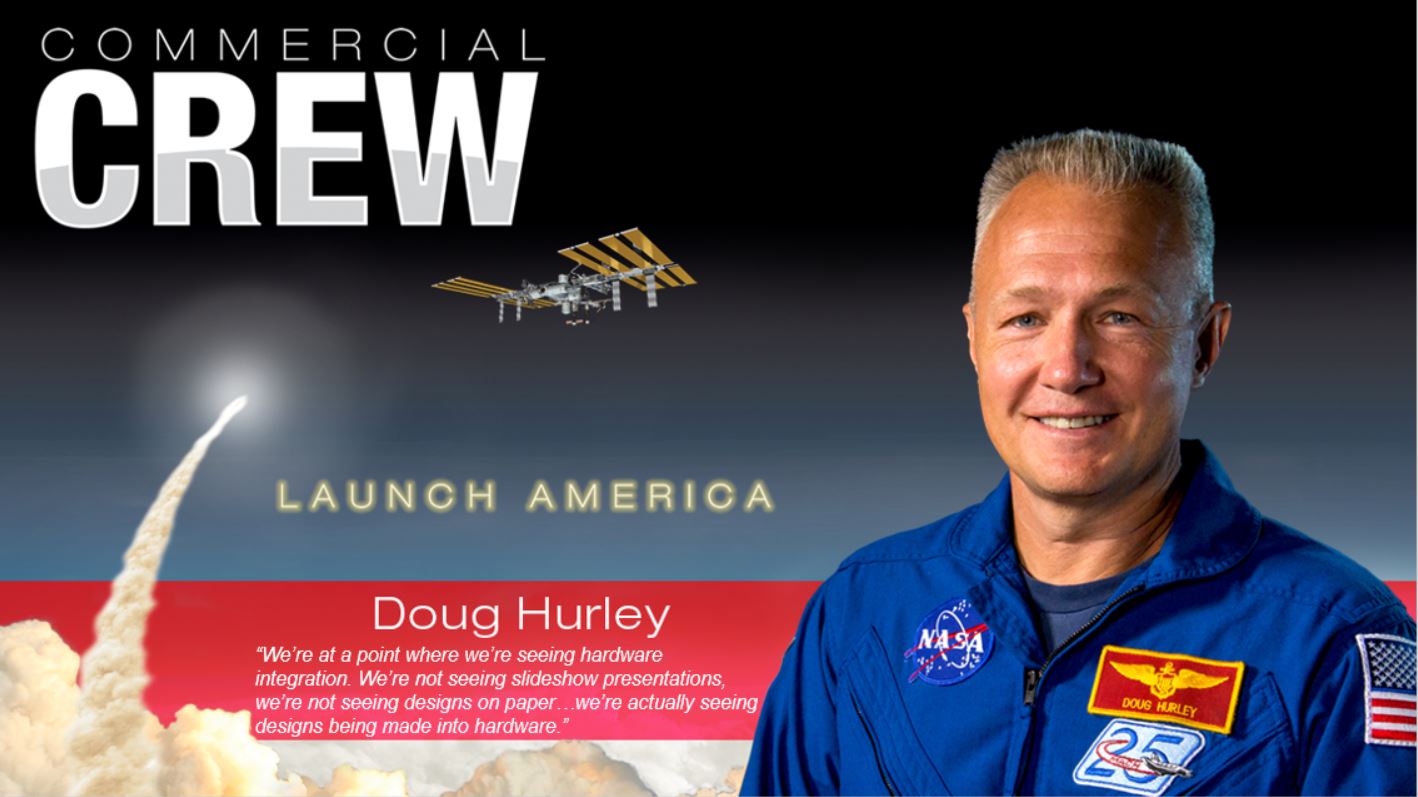 Hurley, a NASA astronaut since 2000, flew on STS-127 and the final Shuttle flight, STS-135, totaling more than 28 days in space. Hurley is most excited about seeing all the spacecraft hardware coming together. 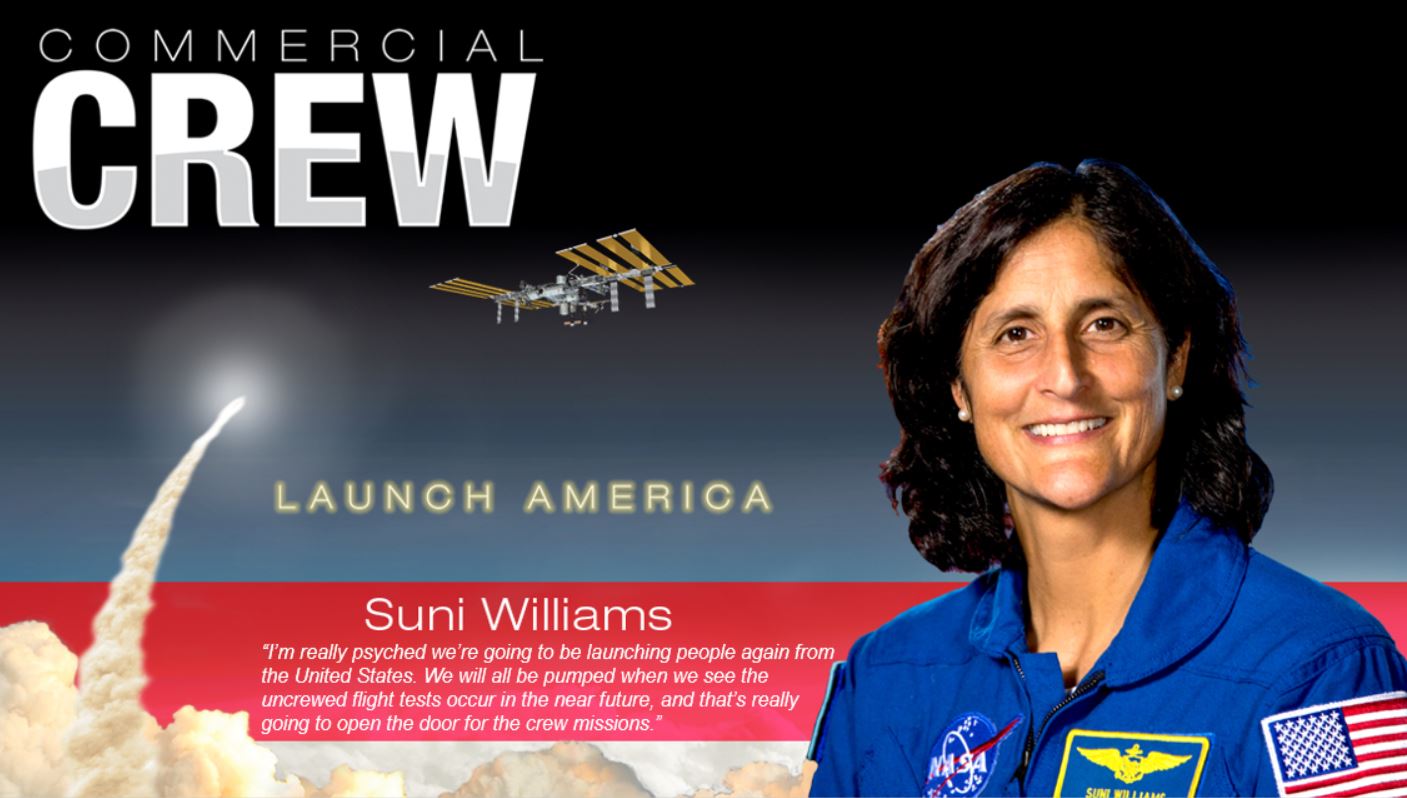 Williams, a NASA astronaut since 1998, flew to the space station on STS-116 as a member of Expeditions 14-15, returning on STS-117. Her second long-duration mission began aboard a Russian Soyuz for Expeditions 32-33. Cumulatively, she is approaching a year in space with more than 322 days in space.

Beyond the flight tests and launches, Williams is excited about the manufacturing underway.

“One of the coolest things is there’s hardware undergoing testing. This is a pretty exciting time. It’s like all the pieces and parts of the puzzle are coming together.”

NASA updated its Commercial Crew Transportation Capabilities (CCtCap) contract with Boeing, which provides flexibility in its commercial flight tests to the International Space Station. Boeing, one of the agency’s two commercial crew partners, approached NASA last year and proposed adding a third crew member on its Crew Flight Test (CFT) to the International Space Station. Adding a third crew member on Boeing’s flight test could offer NASA additional flexibility to ensure continued U.S. access to the orbital laboratory. The modification also identifies cargo capabilities for the company’s uncrewed and crewed test flights. Exact details of how to best take advantage of the contract modification are under evaluation, but the changes could allow for additional microgravity research, maintenance, and other activities while Starliner is docked to station.