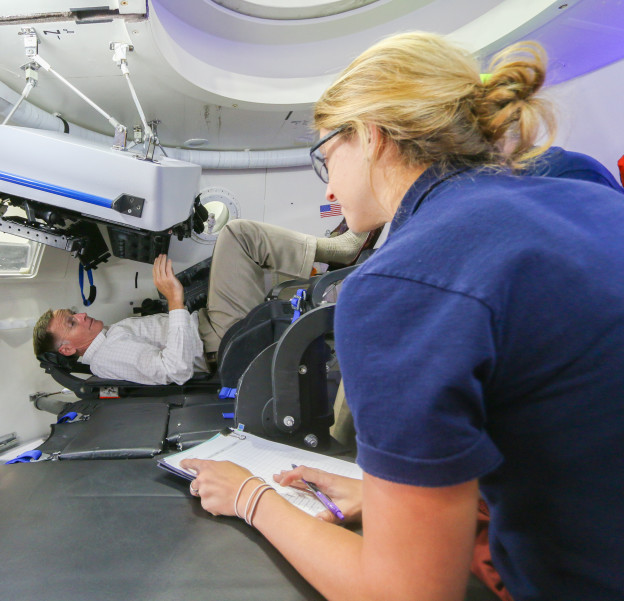 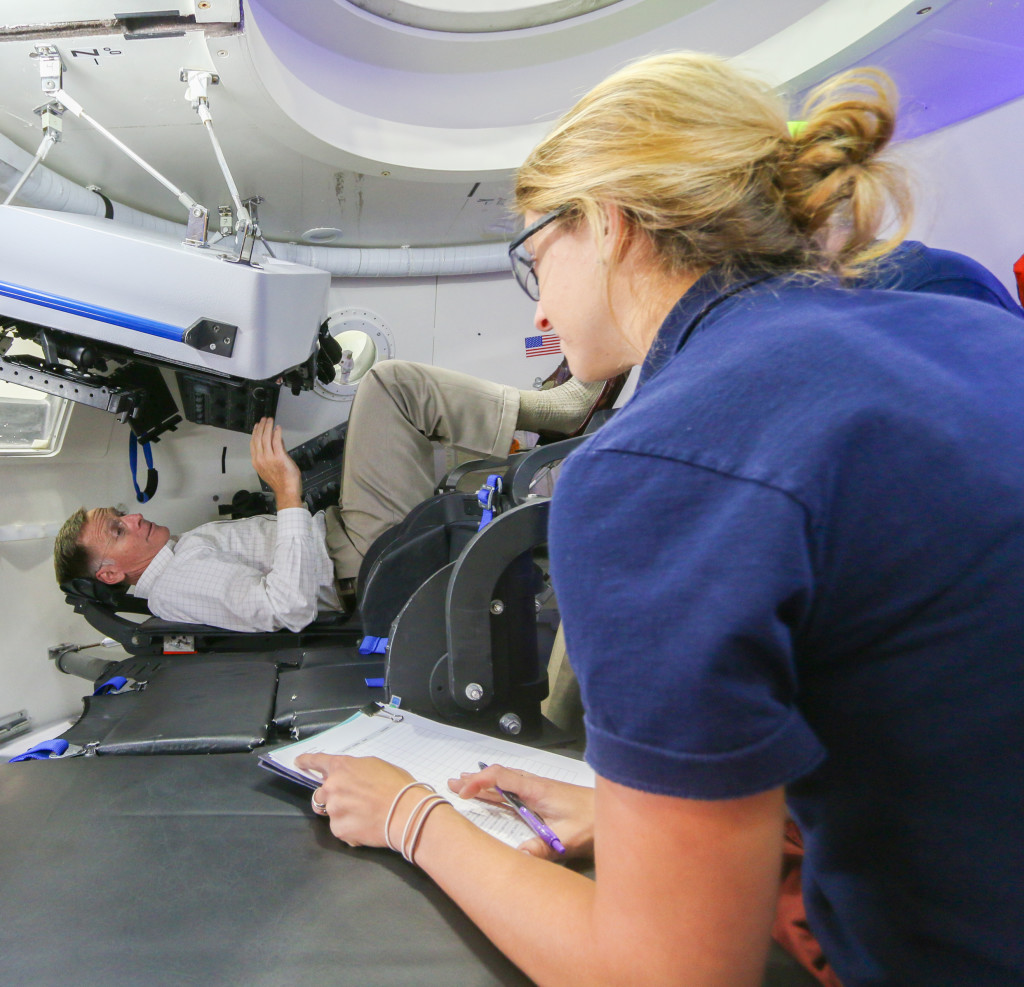 Boeing is evaluating the flight deck designs for its CST-100 Starliner spacecraft as development work continues toward the final layout of the seating and control panels. Former astronaut Chris Ferguson, now deputy program manager and director of Crew and Mission Operations for Boeing’s Commercial Crew Program, is performing the tests that look into a number of factors of comfort and usability for the systems. The Starliner is being developed by Boeing in partnership with NASA’s Commercial Crew Program to take astronauts to the International Space Station. The spacecraft will launch into orbit aboard a United Launch Alliance Atlas V lifting off from Space Launch Complex 41 at Cape Canaveral Air Force Station in Florida, just a few miles from the Starliner’s assembly factory at Kennedy Space Center. Photo credit: Boeing