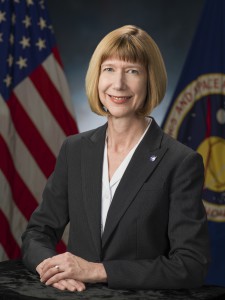 This is an exciting time to become a program manager in NASA’s human spaceflight program. We have already introduced a new way to develop spacecraft for low-Earth orbit with the cargo program.  This is our stone in the overall agency’s stepping stone approach to unprecedented exploration. First, regular trips to the International Space Station aboard privately owned, American-made spacecraft so we can get the most out of the orbiting laboratory and its one-of-a-kind research capabilities, then human excavation of an asteroid in space followed by the boldest mission yet: sending humans to Mars.  The Commercial Crew Program is committed to meeting our part of this critical strategy.

The Commercial Crew Program was created three years ago with two purposes. The first is to invest in a national capability for flying crews to low-Earth orbit.  During the past three years, using the investment NASA has provided, the partners have risen to the challenge and have made tremendous progress toward developing safe, reliable and cost-effective space transportation systems for low-Earth orbit. Later this year, our partners will conduct some of the most dynamic and challenging systems testing yet.

The second purpose, to actually certify and fly missions to the ISS, will be executed with the award of one or more Commercial Crew Transportation Capabilities contracts in August. These contracts will culminate in missions that will fly NASA crew to the ISS.

I am honored and proud of my extremely capable team on both the NASA and industry side. The next three years will go by quickly as our partners test their systems, perform flight demonstrations, finalize certification and conduct flights in 2017. It may feel like 2017 is a long time away, but for the challenge in front of us – developing a privately owned spaceflight system – it is not. In addition, through our partnerships with industry, we are working to provide unique capabilities NASA has not had in 30 years. It will be the first time that a U.S. capability would provide not only transportation to and from, but also the “lifeboat” capability that ensures the crew always has a safe way home.

We are one step in the agency’s strategy. We look forward to placing that stepping stone out there for future generations to travel on.