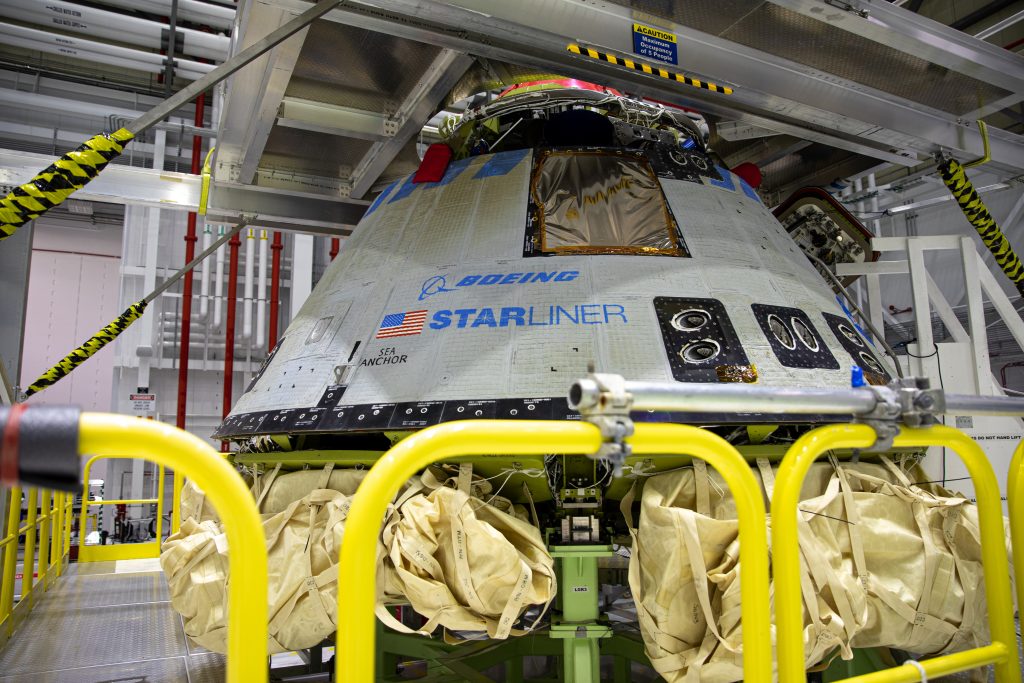 The Boeing CST-100 Starliner spacecraft is back home at the company’s Commercial Crew and Cargo Processing Facility, undergoing inspection after its first flight as part of NASA’s Commercial Crew Program, known as the Orbital Flight Test.