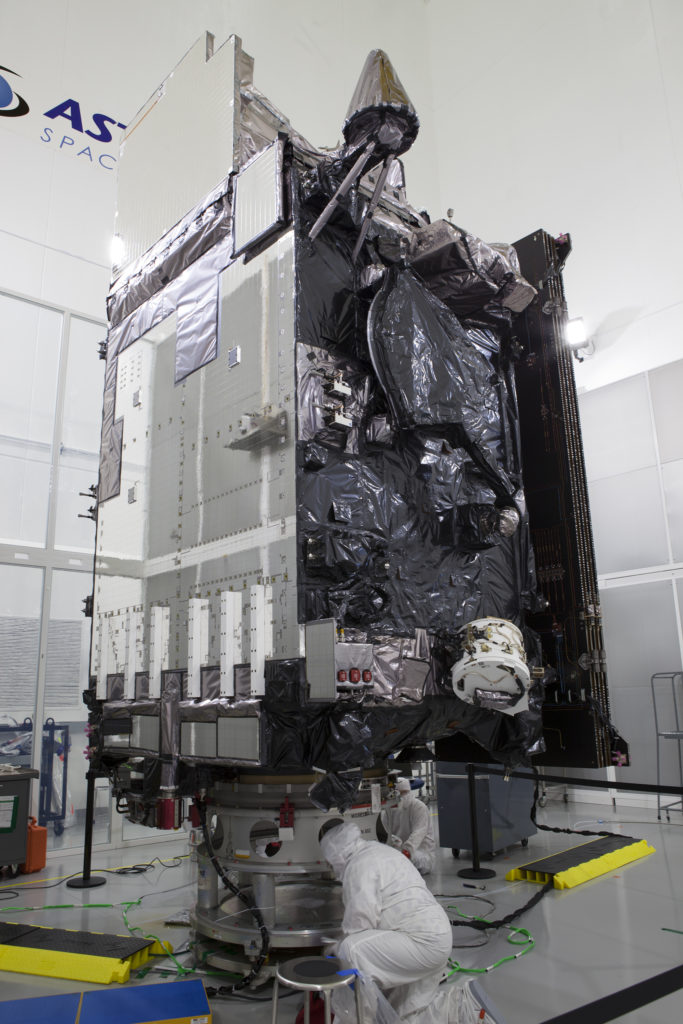 The Geostationary Operational Environmental Satellite (GOES-R) is undergoing final launch preparations prior to fueling inside the Astrotech payload processing facility in Titusville, Florida near NASA’s Kennedy Space Center. GOES-R will be the first satellite in a series of next-generation NOAA GOES Satellites. The spacecraft is to launch aboard a United Launch Alliance Atlas V rocket in November.