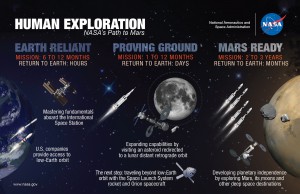 NASA’s human exploration pathway leads to Mars. Our Commercial Crew Program is just the beginning, and the new Mars 2020 rover is one of the upcoming steps, but think about that finish line today and consider what you would do if you landed on the Red Planet. What Mars features would you want to explore? What would you hope to discover? What might you leave behind? What would you bring home?

What would you take with you – aside from oxygen, water and radiation protection? Because Mars is as far away as it is, a mission would last two to three years, with several months on the surface, so there’ll be lots of time before packing up and heading back to Earth. Are you going to look out the window or is there an exploration or construction project on your mind? If you need some help kick-starting your mind on these aspects, have a look at our Mars site and note the pic below of experimental set-ups being tried out in Earth environments with an eye toward crew needs on Mars. 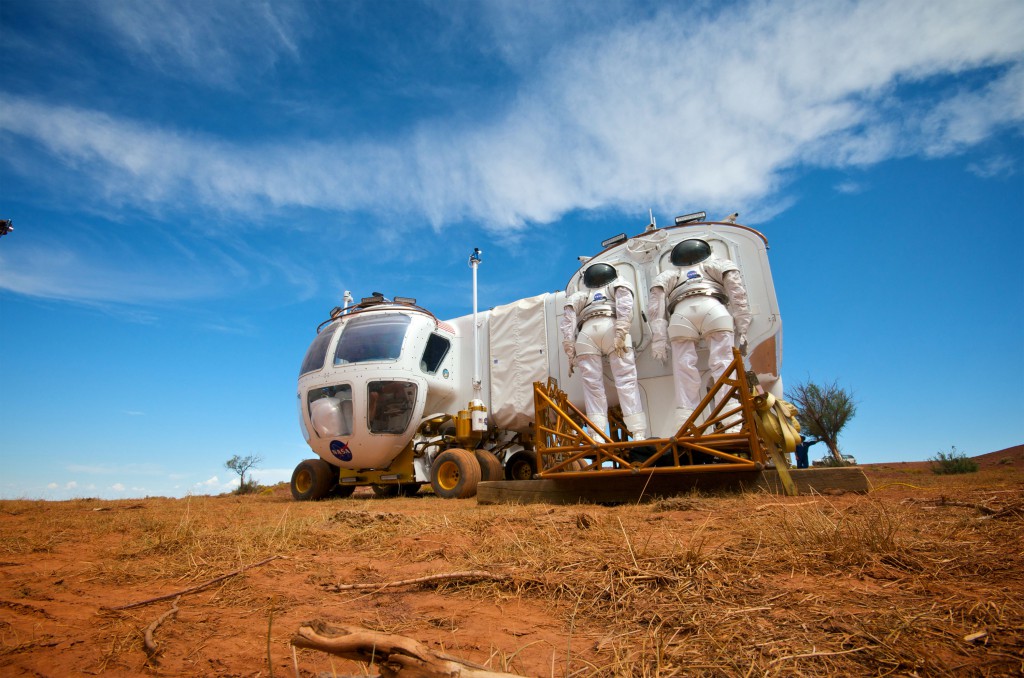