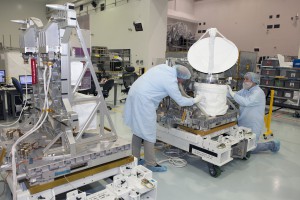 Researchers and engineers will discuss today the technological advances being tried out and perfected aboard the International Space Station during a forum that will be shown live on NASA TV beginning at 10 a.m. You can watch the hour-long event on TV or streaming here. The station’s capacity to host cutting-edge experiments is unparalleled and ranges from new ways to examine elements of Earth’s atmosphere using such investigations as RapidScat to the promising innovations of 3D printing.

The envelope of discovery is expected to grow significantly in the near future when NASA’s Commercial Crew Program-supported spacecraft begin missions to the orbiting laboratory. Because the new generation of spacecraft will carry astronauts, the station’s crew will grow and allow the amount of time dedicated to science to double on the station.