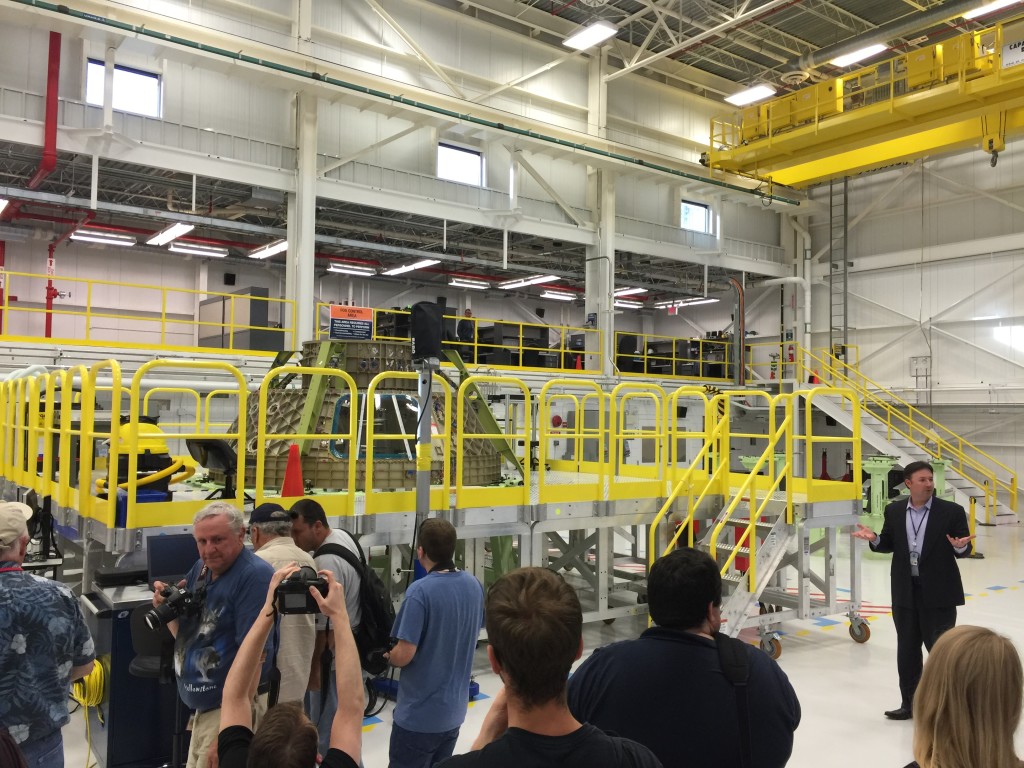 News media and NASA Social participants were treated to a close-up look at the structural test article for Boeing’s CST-100 Starliner spacecraft as they toured the company’s Commercial Crew and Cargo Processing Facility at NASA’s Kennedy Space Center Tuesday afternoon.

Danom Buck, manager of the Manufacturing and Engineering team, said the test version will be built using the same techniques and processes planned for the operational spacecraft that will carry astronauts to the International Space Station for NASA’s Commercial Crew Program. Two flight tests, one without a crew and the second with a crew aboard, will be performed before the company begins operational flights to the station that will allow for an extra resident there and double the amount of astronaut time devoted to science.