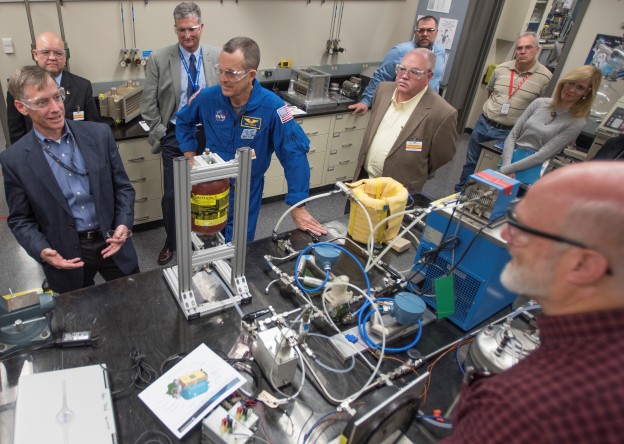 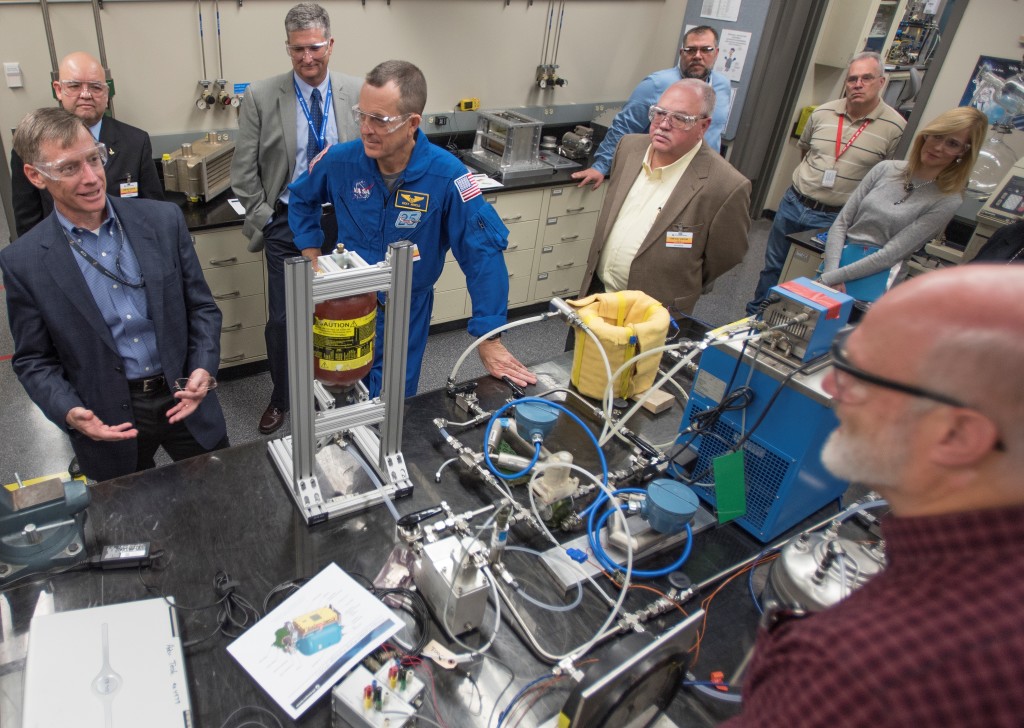 NASA astronaut Ricky Arnold recently got an up-close look at the environmental control and life support system, known as the ECLSS, that Boeing will integrate into its CST-100 Starliner spacecraft for crew flights to the International Space Station. The visit with UTC Aerospace Systems in Windsor Locks, Connecticut, on Dec. 9 allowed the team to show off the critical components of the system designed to keep astronauts and the Starliner’s electrical systems safe in space, including cool, breathable air. The team recently passed a critical design review of the system, which will be fully integrated next year.

“There is a firm belief that private industry is capable of doing great things and bringing us safely into low-Earth orbit,” Arnold said.  “We want our long-term partners like you to share in the excitement we are feeling at NASA. We are looking forward to returning launch capability to U.S. soil with a vehicle that has the American flag on the side of it. I can tell you that the astronauts are getting excited and jockeying for position on a commercial crew vehicle, realizing that may be their ticket to space.”

One thought on “Commercial Crew Across America: Windsor Locks, Connecticut”