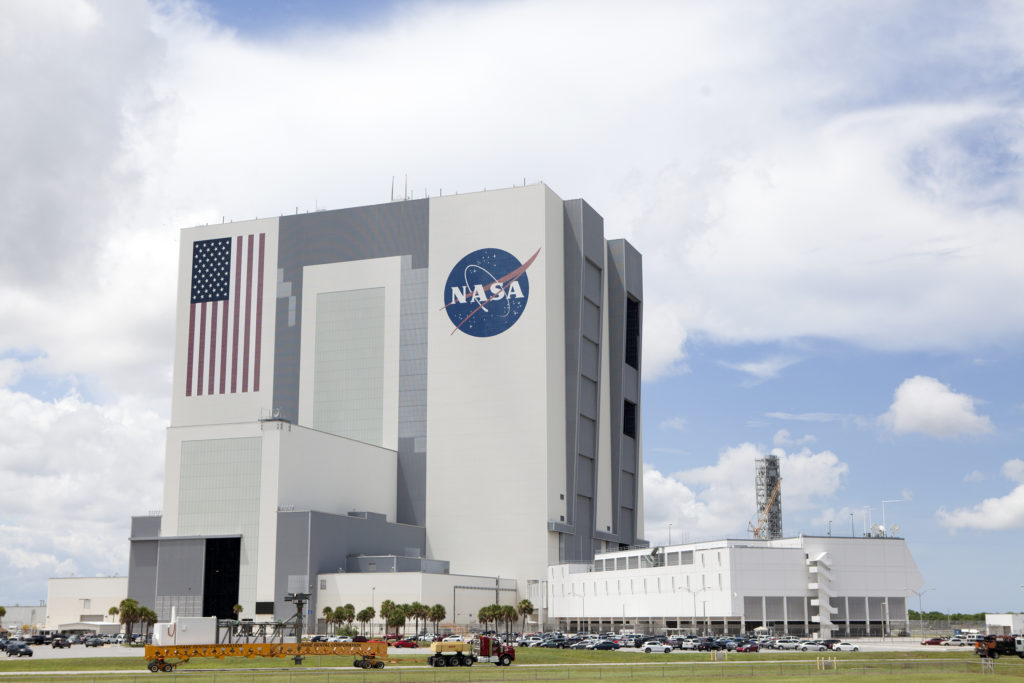 A new Crew Access Arm and White Room built for the next generation of human-rated spacecraft is headed to Space Launch Complex 41 today, passing by the Vehicle Assembly Building at NASA’s Kennedy Space Center in Florida along the way. Weighing about 90,000 pounds and reaching almost 50 feet, the arm and white room were hauled from a construction yard in Oak Hill, where the structure was built and its mechanisms tested, through Kennedy. The arm will provide a vital bridge from the Crew Access Tower at SLC-41 to Boeing’s CST-100 Starliner as it stands on the launch pad atop a United Launch Alliance Atlas V rocket. Crew members will cross the arm and prep in the White Room before climbing through the Starliner’s hatch and getting into place for liftoff on Commercial Crew Program missions carrying astronauts to the International Space Station to conduct research in orbit.

Boeing and United Launch Alliance designed and built the arm and White Room based on their unique design and lessons learned from NASA’s more than 50 years of spaceflight. Today’s move will conclude at the base of SLC-41, then the arm is targeted to be lifted into place Saturday. The arm is fitted with several systems ranging from electrical cables, data lines and lighting to water pipes. Engineers have spent months testing the components including the machinery that will swing the arm between the spacecraft and tower. Photo credit: NASA/Michelle Stone