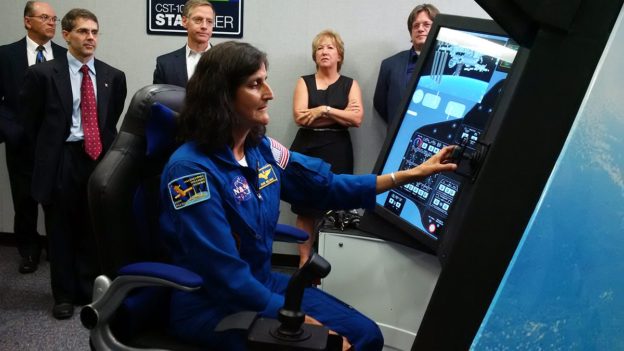 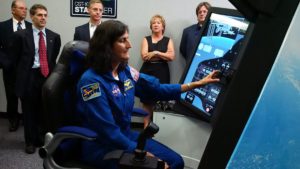 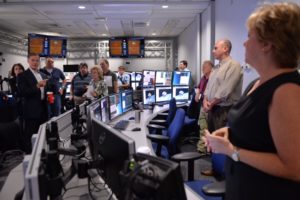 Astronauts have new training equipment at NASA’s Johnson Space Center in Houston after Boeing installed its Crew Part-Task Trainers that simulate aspects of missions aboard the company’s CST-100 Starliner spacecraft. The spacecraft and training systems are in development and manufacturing in partnership between the company and NASA’s Commercial Crew Program in order to begin flying astronauts to the International Space Station from launch sites in Florida.

Boeing officials, including former space shuttle commander Chris Ferguson, offered news media and others a tour of the facility in Houston where astronauts will rehearse for Starliner missions. Astronauts Suni Williams and Bob Behnken, two of four selected to train to fly Commercial Crew Program flight tests with Boeing and SpaceX, took the controls of the simulator to demonstrate the trainers as engineers looked on from separate workstations. During normal training operations, the engineers will oversee the situations as astronauts perform simulated missions.

NASA’s astronauts have relied on simulators from the beginning of human spaceflight to practice the critical steps of a mission before they have to perform the real thing. As simulators increased in capability, the training became so life-like that astronauts routinely reported simulator flights being more stressful than actual missions. For more: http://go.nasa.gov/2d7dmv0