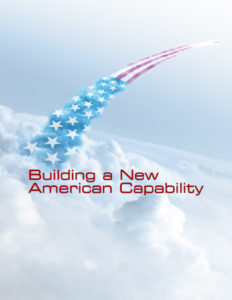 NASA’s Commercial Crew Program has been redefining space system development for low-Earth orbit by forming strong public-private partnerships with the aerospace industry to encourage innovation while maintaining NASA’s high safety standards and leveraging the agency’s 50-plus years of spaceflight experience.

Commercial crew has partnered with private companies, Boeing and SpaceX, to fly astronauts to the International Space Station. The goal of partnering with industry is to advance a diverse economic market in space.

“Once NASA has certified its two commercial partners’ systems to fly, we will have also kick started the commercial spaceflight industry, opening the door for private, paying customers to fly in space,” said Steve Payne, launch integration manager for commercial crew. “This is a truly exciting time for all of us.”

Since 2010, NASA also has worked with Blue Origin on spacecraft, engines and systems and Sierra Nevada Corporation on the Dream Chaser spacecraft. NASA selected the Dream Chaser’s cargo version to ferry supplies, equipment and experiments to and from the orbiting laboratory starting in 2019. Both Sierra Nevada Corporation and Blue Origin also are working toward the goal of flying people to and from space. Read the complete story at http://go.nasa.gov/1EIx5m6