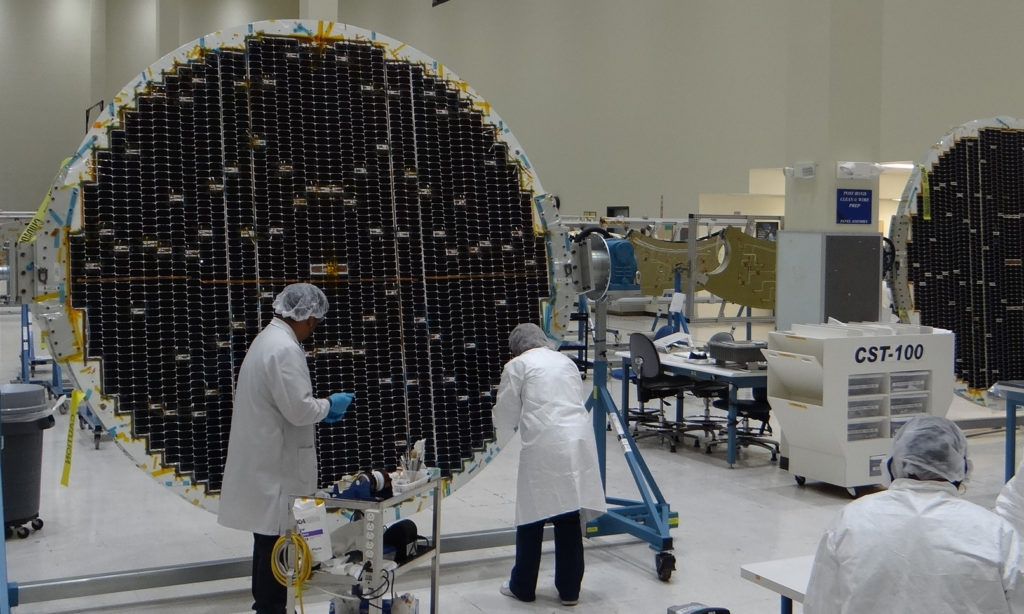 Boeing will use solar energy to power the company’s CST-100 Starliner for crew missions to and from the International Space Station as part of NASA’s Commercial Crew Program. The sun’s energy offers a reliable and efficient power source for the Starliner just as it does for the space station and satellites.

The Starliner will use solar cells made of three distinct cell layers to capture different portions of the energy spectrum to convert solar energy into more than 2,900 watts of usable electricity and allow astronauts to complete their journey to the orbiting laboratory. The system also will create enough power to run the Starliner’s systems while it is docked to the station for roughly six months at a time. The solar cells will be incorporated into the micro-meteoroid debris shield located at the bottom of the spacecraft’s service module. Spectrolab in Sylmar, California, is supplying the more than 3,500 solar cells for each spacecraft.

NASA’s Commercial Crew Program has partnered with private companies, Boeing and SpaceX, to take astronauts to and from the space station. Each company is building their own unique systems to meet NASA mission and safety requirements, and will return human launch capabilities to American soil. Photos credit: Boeing