SpaceX’s Crew Dragon is at NASA’s Plum Brook Station in Ohio, ready to undergo testing in the In-Space Propulsion Facility—the world’s only facility capable of testing full-scale upper-stage launch vehicles and rocket engines under simulated high-altitude conditions. The chamber will allow SpaceX and NASA to verify Crew Dragon’s ability to withstand the extreme temperatures and vacuum of space. This is the spacecraft that SpaceX will fly during its Demonstration Mission 1 flight test under NASA’s Commercial Crew Transportation Capability contract with the goal of returning human spaceflight launch capabilities to the U.S. 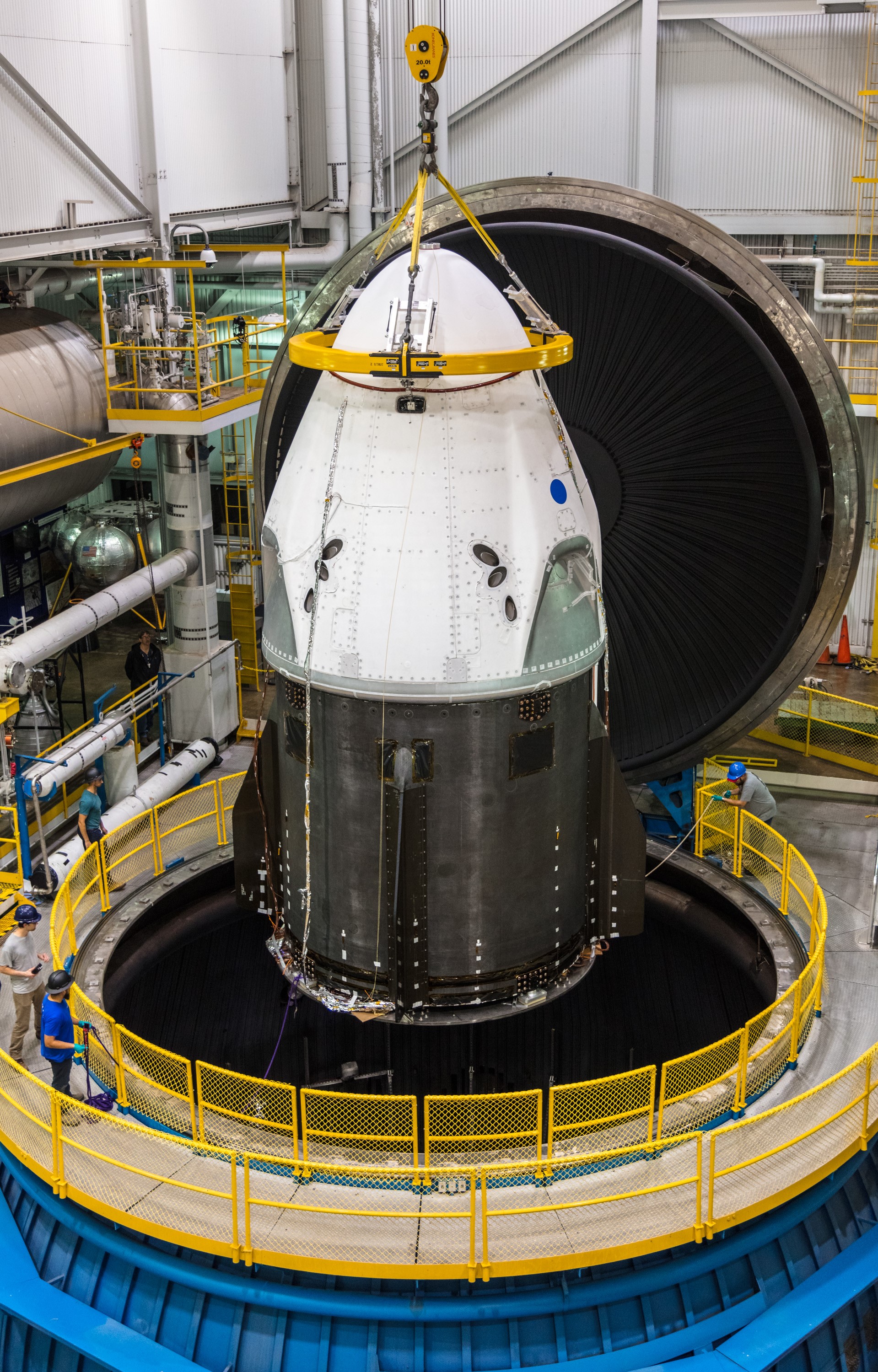