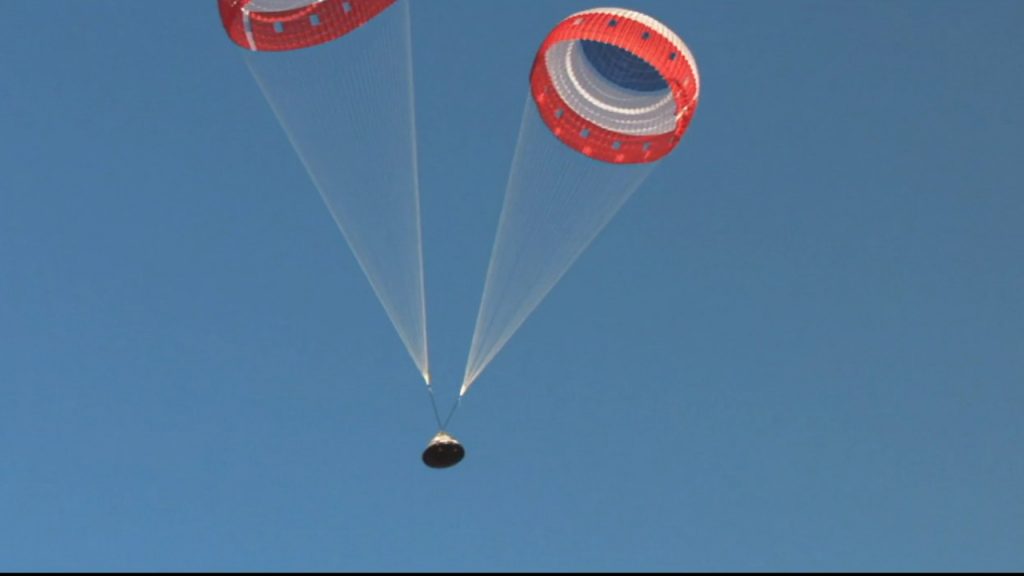 During the test, two of three of Starliner’s main parachutes deployed and eased Starliner to the ground. Although designed with three parachutes, two opening successfully is acceptable for the test parameters and crew safety. Boeing has determined that the parachute anomaly occurred because the rigging between one of the three pilot and main parachutes was improperly connected. Boeing has verified this through closeout photos, and understands how this happened on a test vehicle. The company is validating that its processes were followed correctly on its Orbital Flight Test vehicle, which is targeted to launch from Cape Canaveral Air Force Station in Florida on Dec. 17.

NASA is encouraged by the preliminary results of the Pad Abort Test and remains committed to working in concert with Boeing to ensure crew safety as we move to return astronauts to the International Space Station from U.S. soil.