The Launch Readiness Review for NASA’s SpaceX Demo-2 mission has concluded at the agency’s Kennedy Space Center in Florida. NASA and SpaceX key managers have given the “go” for launch on a mission that will return human spaceflight to the International Space Station from U.S. soil on an American rocket and spacecraft as a part of NASA’s Commercial Crew Program.

Liftoff of the SpaceX Falcon 9 rocket and Crew Dragon spacecraft, carrying NASA astronauts Robert Behnken and Douglas Hurley, is scheduled for Wednesday, May 27, at 4:33 p.m. EDT from Kennedy’s Launch Complex 39A.

A media teleconference is scheduled for 6 p.m. EDT. Live audio of the 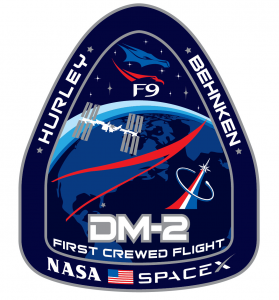 teleconference will be streamed at http://www.nasa.gov/live.

Demo-2 will be SpaceX’s final test flight to validate its crew transportation system, including the Crew Dragon, Falcon 9, launch pad and operations capabilities. During the mission, the crew and SpaceX mission controllers will verify the performance of the spacecraft’s environmental control system, displays and control system, maneuvering thrusters, autonomous docking capability, and more.

Behnken and Hurley will join the Expedition 63 crew on the station to conduct important research as well as support station operations and maintenance. While docked to the station, the crew will run tests to ensure the Crew Dragon spacecraft is capable on future missions of remaining connected to the station for up to 210 days. The specific duration for this mission will be determined after arrival based on the readiness of the next commercial crew launch. Finally, the mission will conclude with the Crew Dragon undocking from the station, deorbiting and returning Behnken and Hurley to Earth with a safe splashdown in the Atlantic Ocean.