The SpaceX Crew Dragon spacecraft carrying NASA astronauts Robert Behnken and Douglas Hurley on their way to the International Space Station has safely reached orbit, and the nosecone has been opened.

At 4:09 p.m. EDT, the Crew Dragon will conduct a phase burn to put it on its trajectory to meet up with the space station tomorrow for docking at 10:29 a.m.

At 4:55 p.m., Behnken and Hurley will take control of Crew Dragon for the first of two manual flight tests, demonstrating their ability to control the spacecraft should an issue with the spacecraft’s automated flight ever arise.

At 5:55 p.m., the crew members may broadcast an update from the Crew Dragon.

At 6:30 p.m., the NASA Administrator will host a postlaunch news conference from NASA’s Kennedy Space Center. Participants in the briefing will be:

NASA Television and the agency’s website will air the news conference. 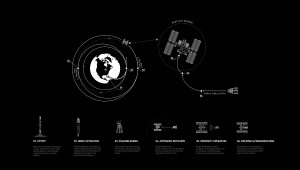 Crew Dragon will perform a series of phasing maneuvers to gradually approach and autonomously dock with the International Space Station on Sunday, May 31, at approximately 10:29 a.m. EDT. Click here to see a high-resolution version of the graphic at right, explaining the Crew Dragon’s approach to the station.

After a successful docking, hatches between the two spacecraft will be opened at 12:45 p.m. Crew members Douglas Hurley and Robert Behnken will be welcomed aboard the International Space Station and become members of the Expedition 63 crew, joining astronaut Chris Cassidy and cosmonauts Ivan Vagner and Anatoly Ivanishin. Behnken and Hurley will perform tests on Crew Dragon in addition to conducting research and other tasks with the space station crew.

Keep up with mission milestones as they unfold on NASA’s International Space Station Blog at https://blogs.nasa.gov/spacestation/.