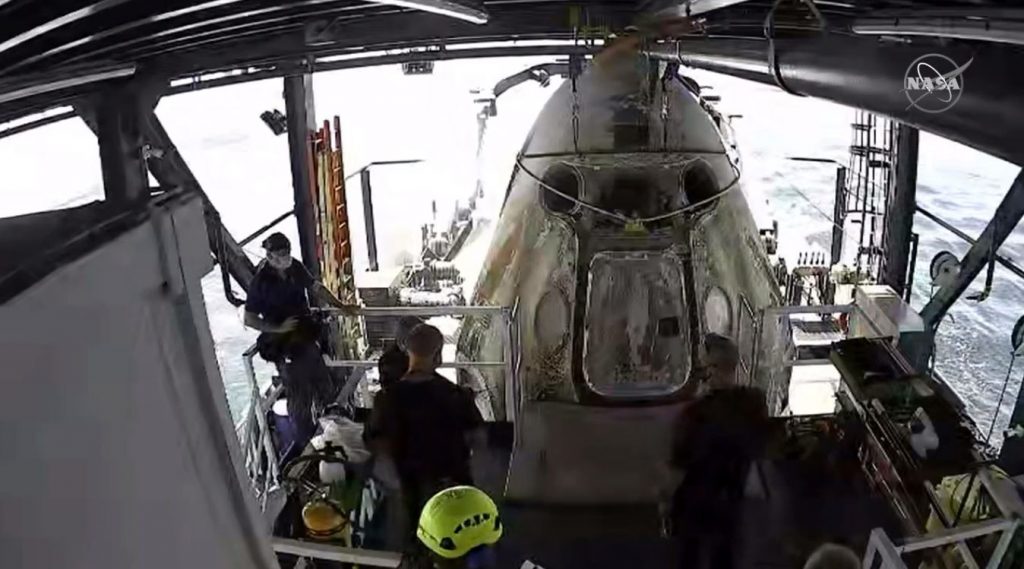 NASA astronaut Doug Hurley reported to SpaceX that he and crewmate Bob Behnken are doing fine inside the Crew Dragon “Endeavour,” which is now on the deck of the company’s recovery vessel, “GO Navigator.”

Behnken and Hurley splashed down safely in the SpaceX Crew Dragon “Endeavour” in the Gulf of Mexico off the coast of Pensacola, Florida, at 2:48 p.m. EDT, bringing to an end the NASA SpaceX Demo-2 mission to the International Space Station.