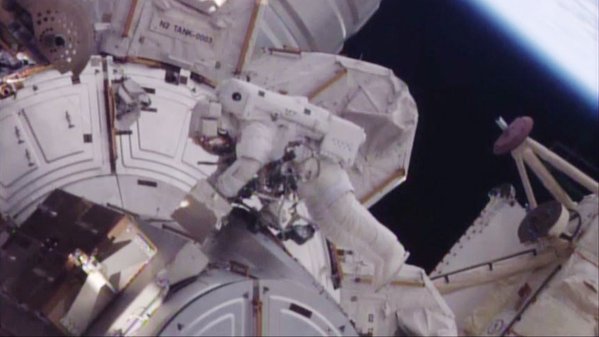 Astronauts spent part of their spacewalk Monday morning routing power and data system cables on the International Space Station to ports where spacecraft being developed in partnership with NASA’s Commercial Crew Program will dock to the orbiting laboratory in the near future. The cables will be connected to a pair of International Docking Adapters once they are delivered during upcoming, uncrewed commercial resupply missions. The adapters contain several sensor systems that will allow spacecraft to autonomously dock with the station. NASA astronauts Scott Kelly, who is nine months into a yearlong mission and Tim Kopra, who arrived to the station Dec. 15, made the spacewalk.