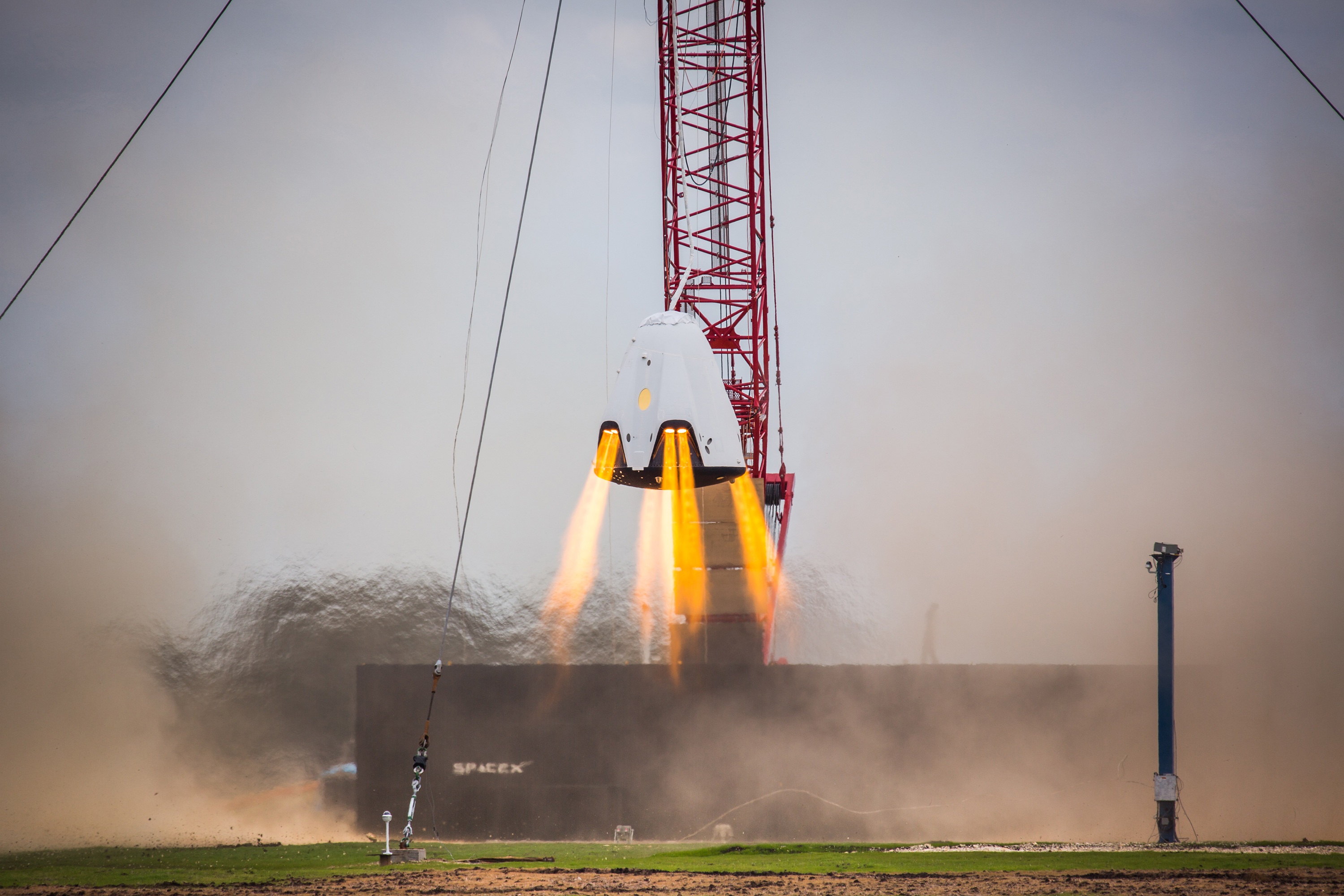 SpaceX recently tested its ability to fire engines that will be used to land a human-rated spacecraft safely on the ground with the accuracy of a helicopter at the company’s test facility in McGregor, Texas. SpaceX envisions returning people to Earth from space on the power of thrust instead of beneath parachutes. Working with NASA’s Commercial Crew Program, SpaceX is in the early phases of analysis. In November, the company conducted two tethered tests of a full-size Crew Dragon mock-up attached to a crane so engineers could refine the landing software and systems on the spacecraft. The Crew Dragon spacecraft will be equipped with eight SuperDraco thrusters that would be used to slow the vehicle’s return to Earth through the atmosphere and ultimately set the spacecraft and its crew down gently.

Propulsive landing will not be used initially for missions with NASA astronauts to the International Space Station.The Crew Dragon will splash down safely in the ocean under parachutes as its passengers return from the space station.