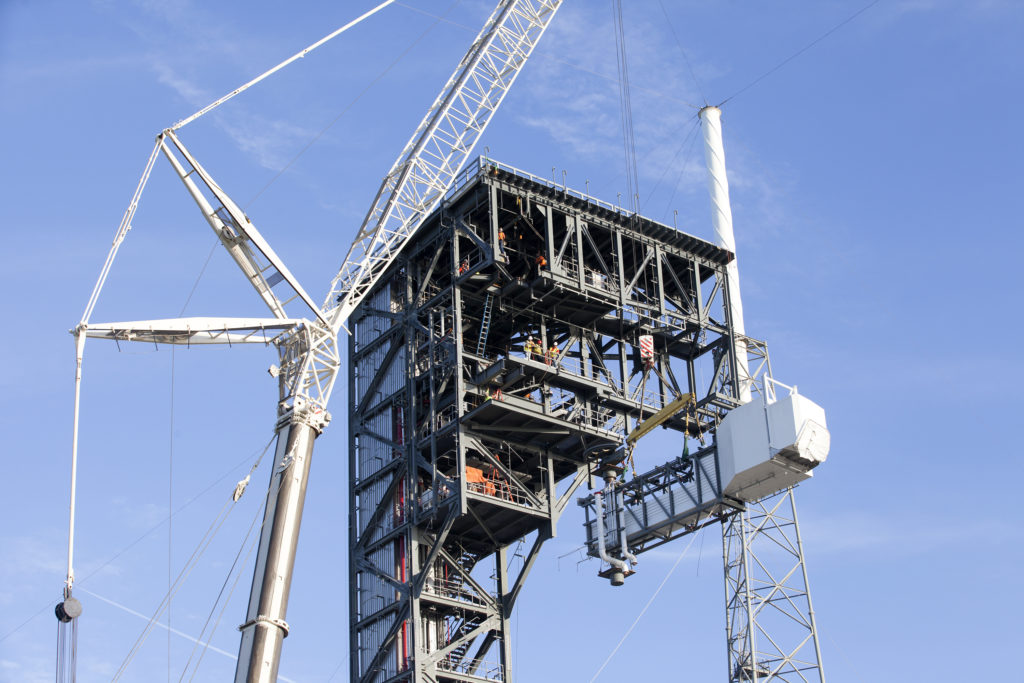 Space Launch Complex 41 at Cape Canaveral Air Force Station looks different today after workers attached the Crew Access Arm and White Room to the Crew Access Tower. The work at the launch pad was done in preparation for missions to the International Space Station by astronauts aboard Boeing’s CST-100 Starliner. The addition completes major construction of the tower which was added to the launch pad specifically so astronauts could board the Starliner on launch day. The arm, a 50-foot-long, 90,000-pound structure, will provide a bridge from the tower to the hatch of the spacecraft as it stands atop a United Launch Alliance Atlas V rocket.

Although the launch pad and Atlas V have launched many missions including some of NASA’s landmark exploration spacecraft, astronauts have never left the planet from that launch pad on an Atlas V. The companies are working with NASA’s Commercial Crew Program to change that and to restore America’s capability to launch astronauts to the station from Florida’s Space Coast. Read more about today’s progress in our feature at http://go.nasa.gov/2aP3ALQ Photo credit: NASA/Kim Shiflett