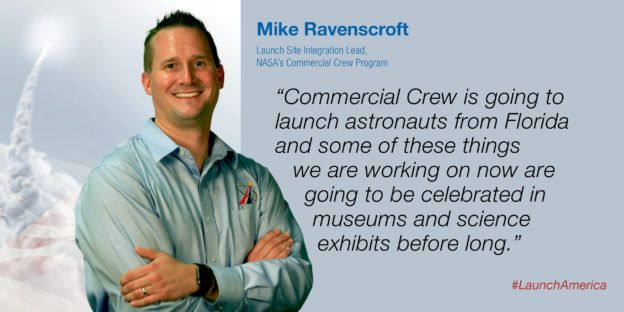 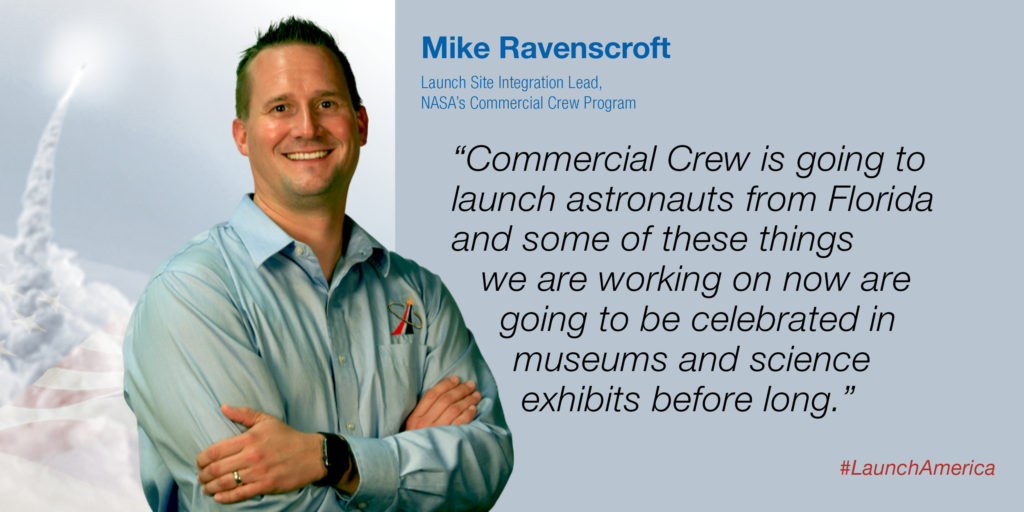 The opportunity to help NASA successfully usher in a new age of spaceflight in partnership with private aerospace companies is part of what drives Mike Ravenscroft to excel in his work as a Launch Site Integration lead for NASA’s Commercial Crew Program. Ravenscroft said the unique nature of commercial crew is exciting, because it is being performed in a tight partnership between the agency and aerospace companies Boeing and SpaceX. Both Boeing and SpaceX are building separate spacecraft and launch systems, along with their own unique launch pads at Kennedy and the adjacent Cape Canaveral Air Force Station in Florida.

Instead of NASA dictating designs and owning the spacecraft, NASA is overseeing design and production and then buying the services from the companies to take astronauts to the International Space Station in order to enhance research there and to provide additional human launch capability from American shores.

“My personal opinion is, this is an opportunity to allow private industry to show what they can do,” Ravenscroft said. “We’ve given the companies requirements, but we’ve let them show how they can perform and answer the requirements. We have not forced them into a design we think they should have – we want them to innovate. It also allows them to achieve their own goals, which I believe is going to help sustain the industry.” Read more about what Ravenscroft is doing to help Launch America at http://go.nasa.gov/2bCj2a2