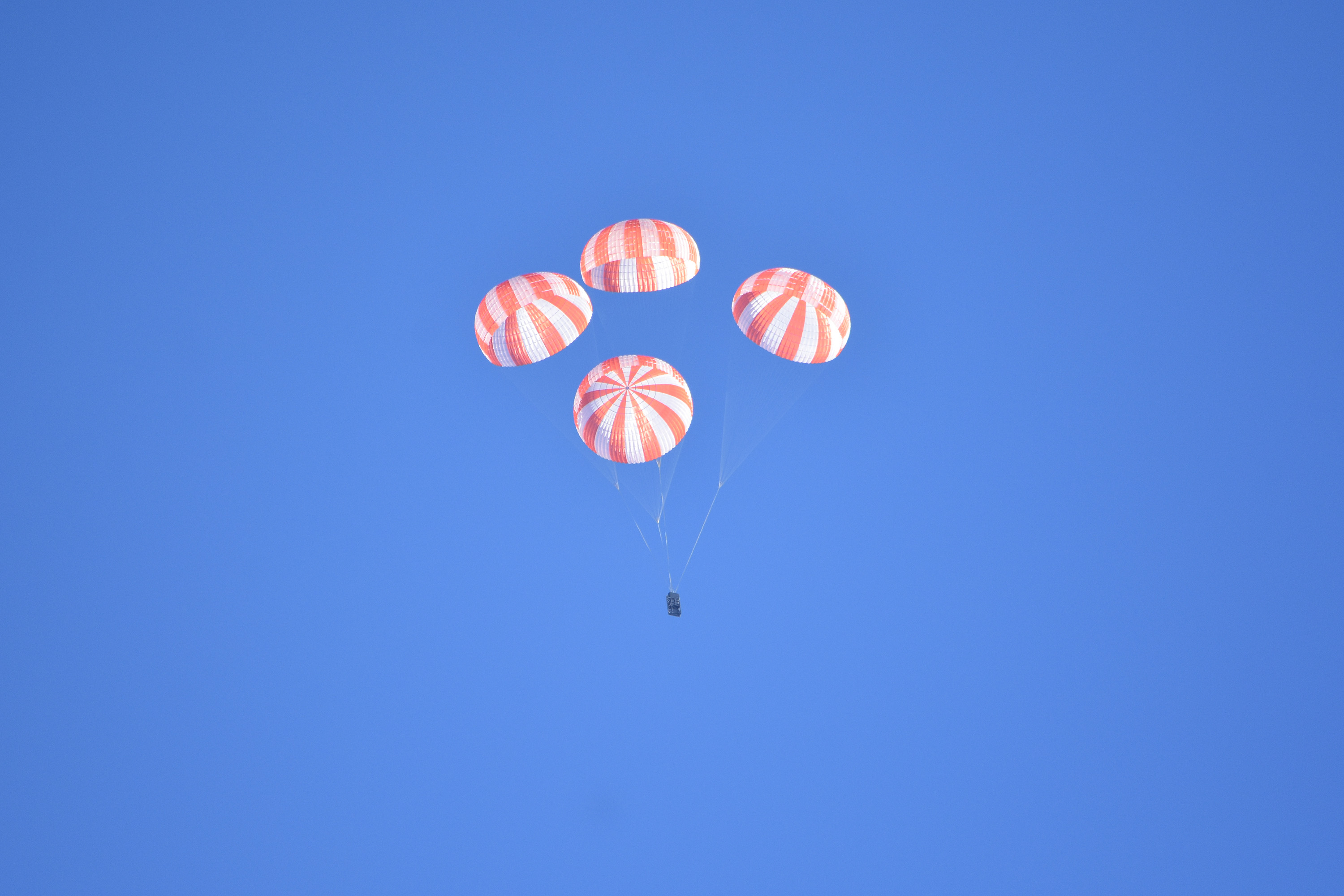 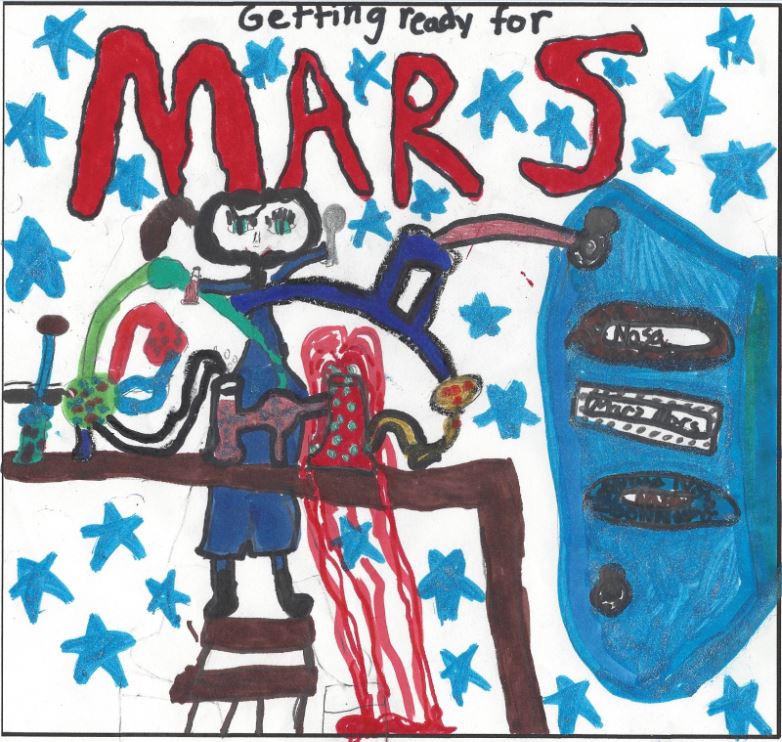 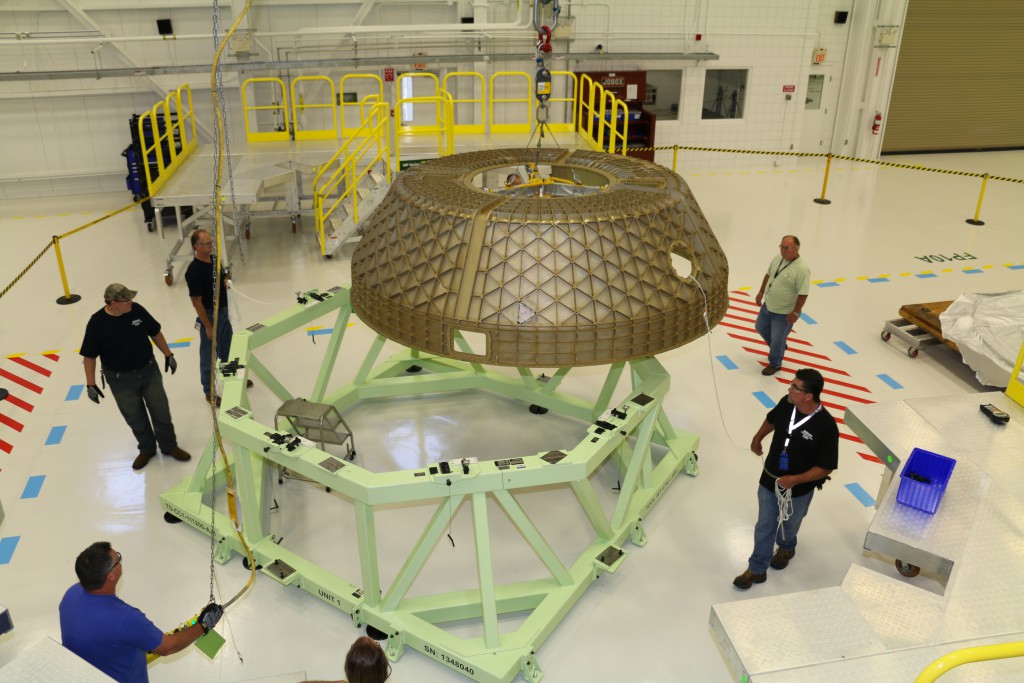 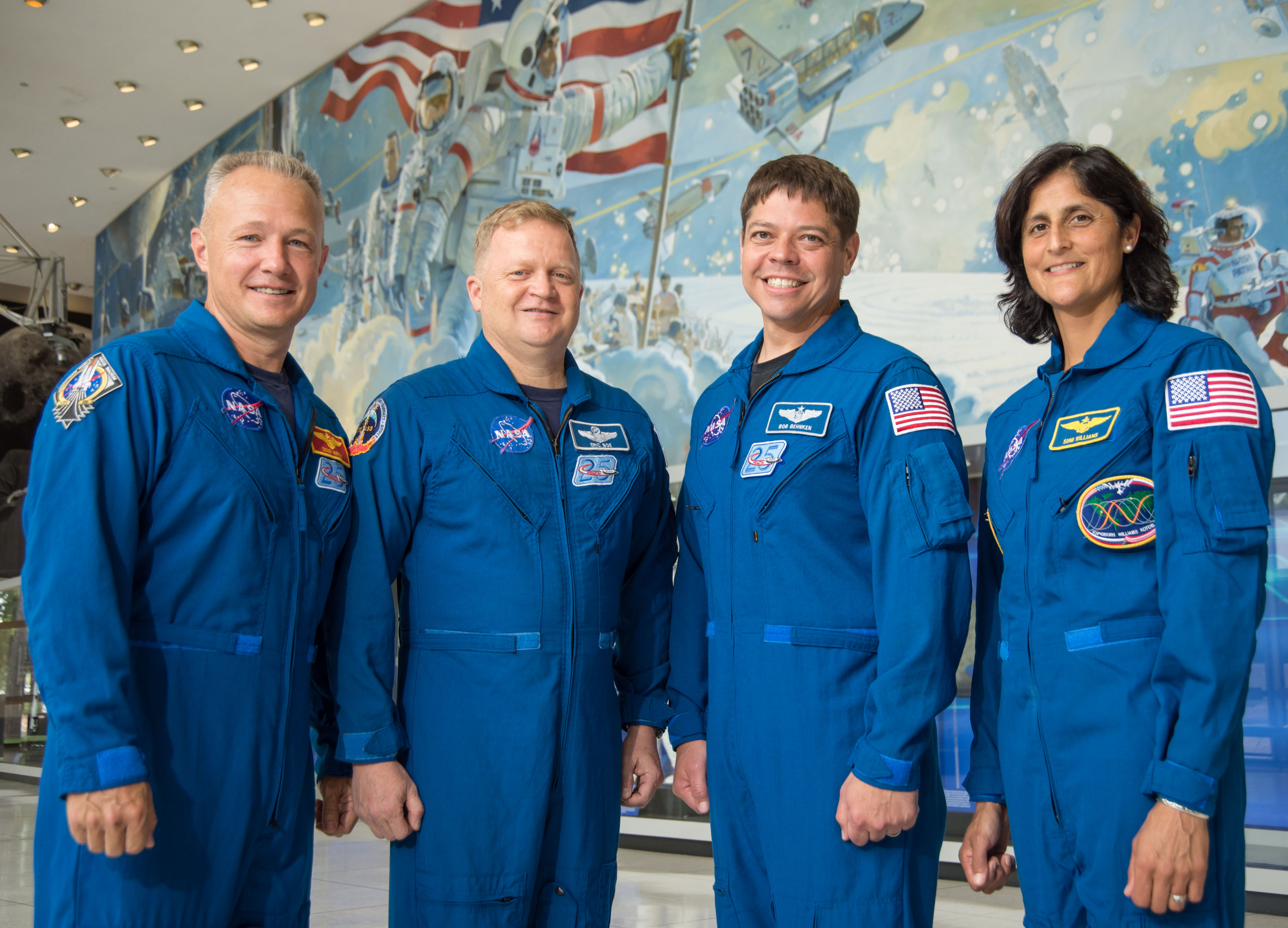 “What comes with our assignment is a fair amount of responsibility because there will be a legacy of astronauts for years and years to come who will have to live with the decisions that we in the agency are making with Boeing and SpaceX now,” said NASA astronaut Bob Behnken. “So we want to make sure we are making the right decisions.” 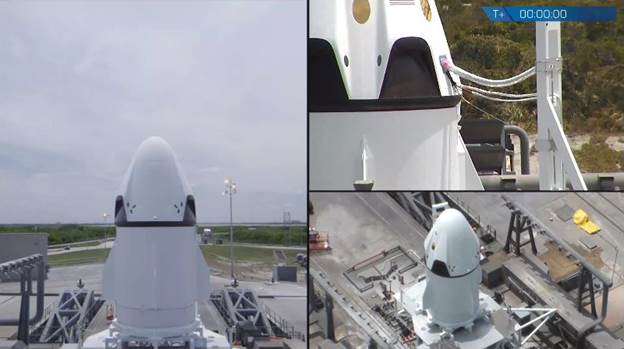 NASA will provide updates about the test right here on the Commercial Crew Blog and air the test live on NASA Television. To join the online conversation about the SpaceX Pad Abort Test, follow the hashtag #LaunchAmerica.

During a pad abort test preview last week, engineers with NASA and SpaceX told us what they hope to learn from the demonstration of the company’s escape system. Below are a few more details about the sequence of events and what the test will look like if you’re watching here along Florida’s Space Coast or live on NASA TV on Wednesday, May 6.

The biggest takeaway is that this test will be quick! And that’s the point – SpaceX wants to demonstrate its ability to carry crew members away from a dangerous situation on the launch pad in a hurry. For context, Crew Dragon will accelerate from 0 to nearly 100 mph in one second. The entire test is less than two minutes long, with Dragon traveling over one mile in the first 20 seconds alone. 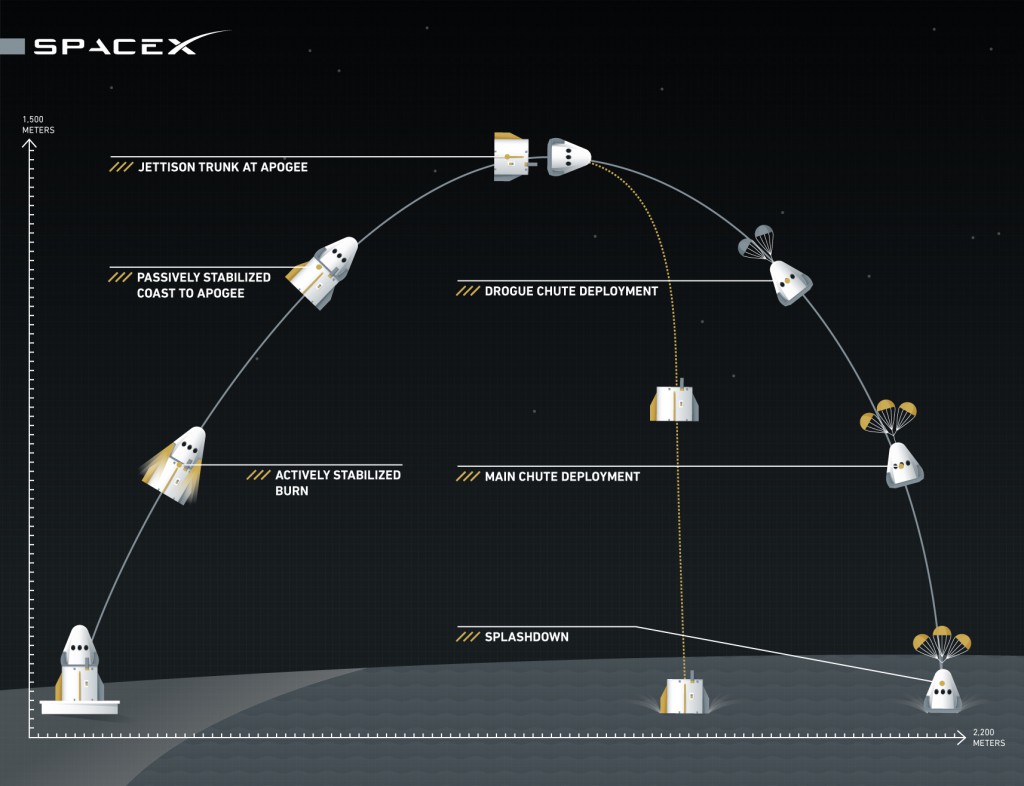 T-0: The eight SuperDracos ignite simultaneously and reach maximum thrust, propelling the spacecraft off the pad.

T+0.5s: After half a second of vertical flight, Crew Dragon pitches toward the ocean and continues its controlled burn. The SuperDraco engines throttle to control the trajectory based on real-time measurements from the vehicle’s sensors.

T+5s: The abort burn is terminated once all propellant is consumed and Dragon coasts for just over 15 seconds to its highest point about 1500 meters (.93 mi) above the launch pad.

T+21s: The trunk is jettisoned and the spacecraft begins a slow rotation with its heat shield pointed toward the ground again.

T+35s: Once the drogue parachutes stabilize the vehicle, three main parachutes deploy and further slow the spacecraft before splashdown.

T+107s: Dragon splashes down in the Atlantic Ocean about 2,200 meters (1.4 miles) downrange of the launch pad.

SpaceX released images of the spacecraft and a “5 Things to Know” about the pad abort test on its website, which you can read here. 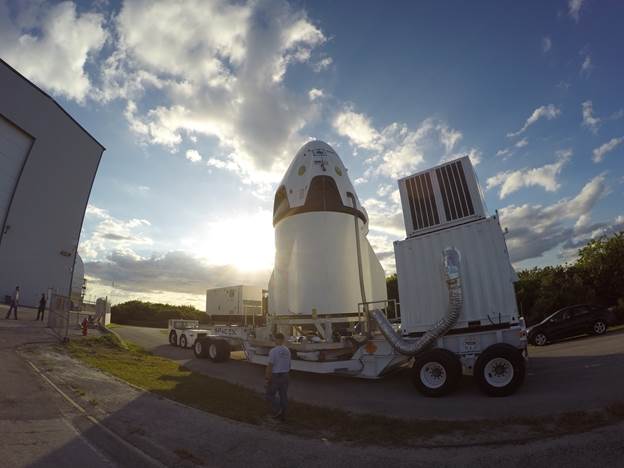 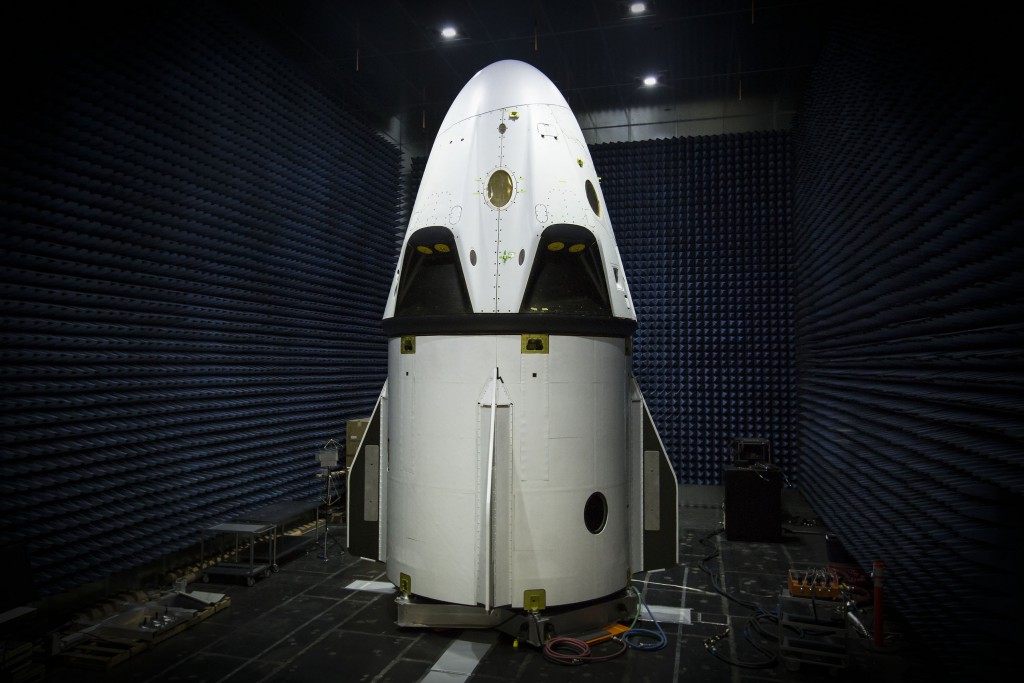 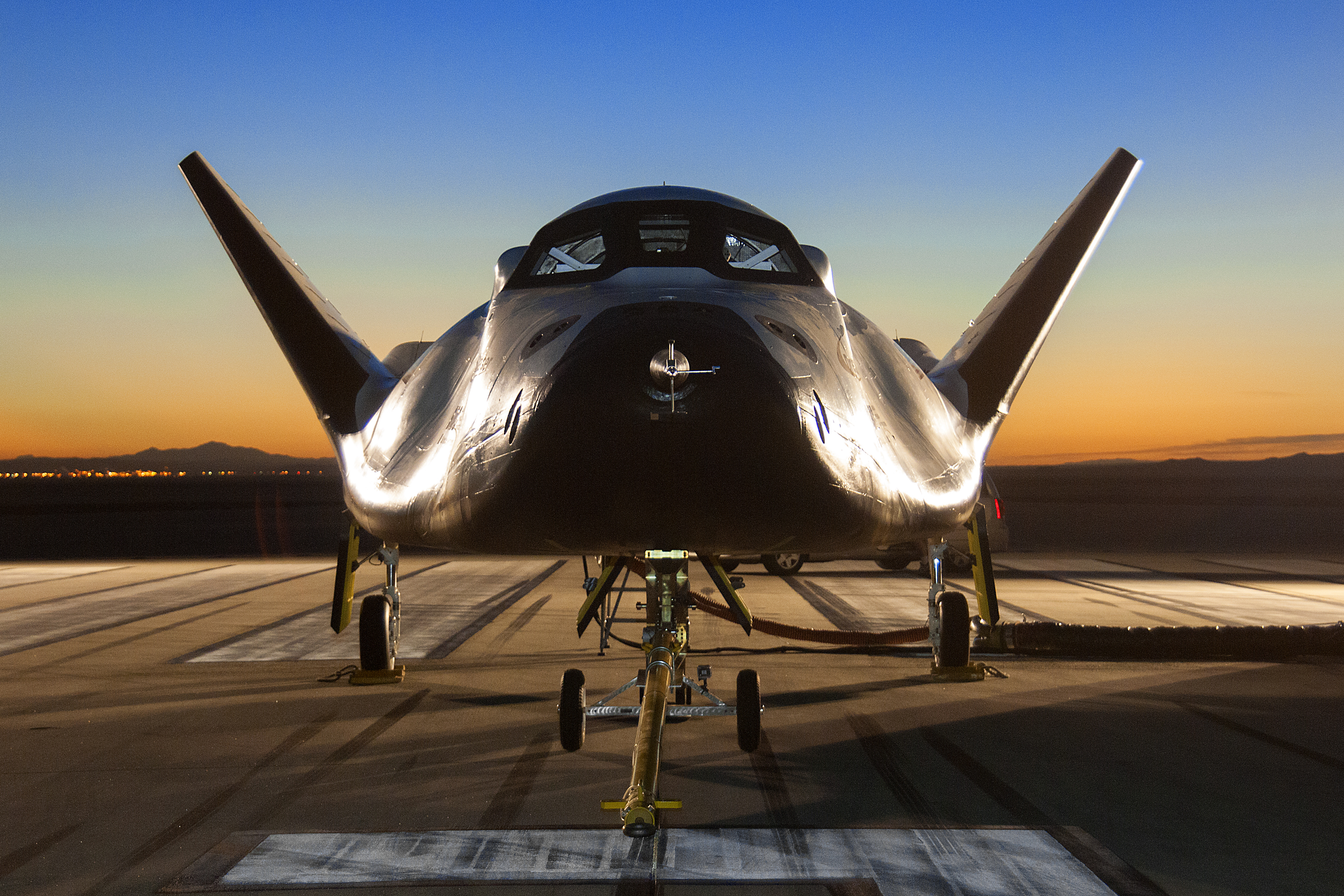 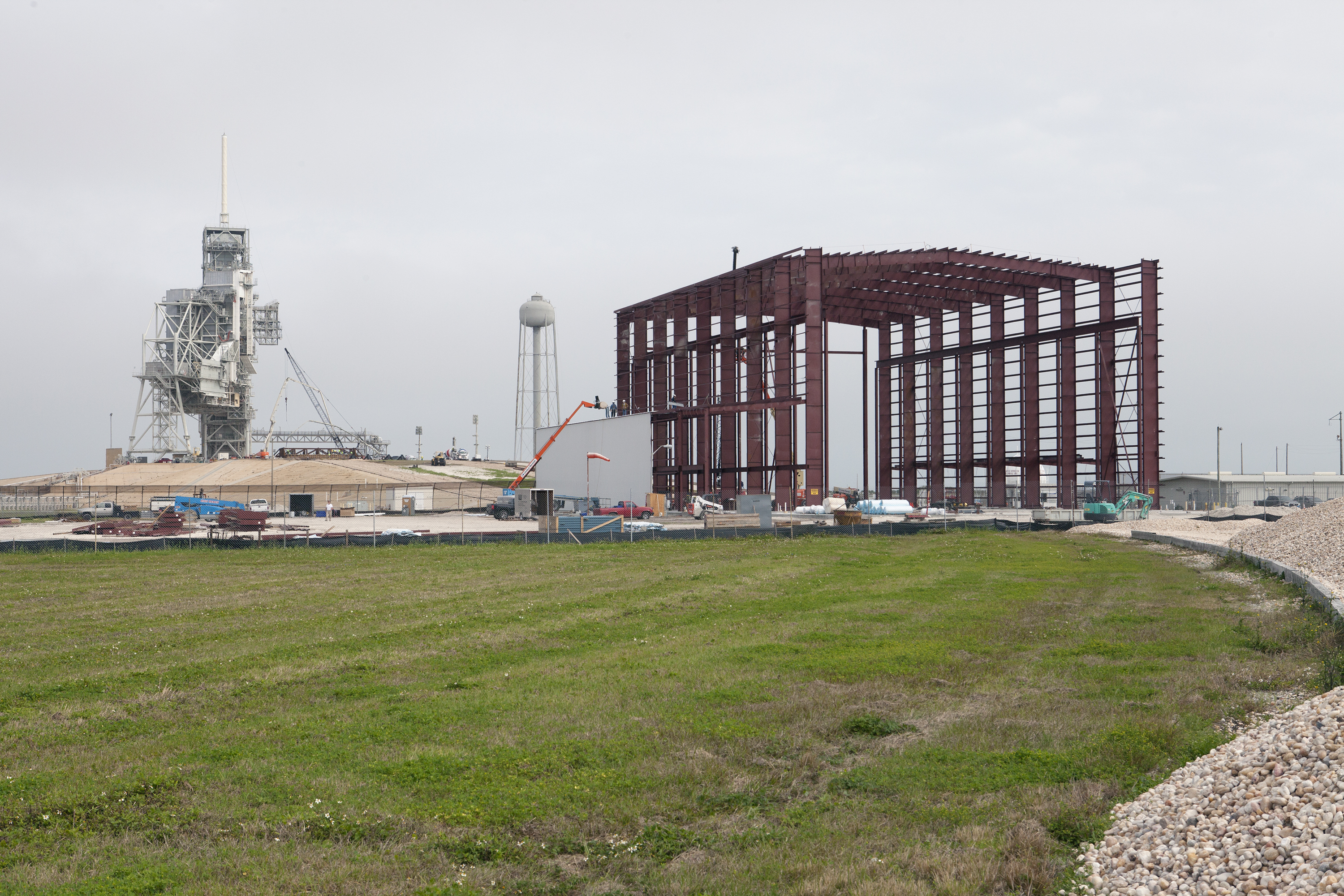 SpaceX is deep into construction of a new horizontal integration facility at Launch Complex 39A. The 300-foot-long structure is being built at the base of the pad on Kennedy Space Center’s historic crawlerway to process the Crew Dragon spacecraft and Falcon 9 rocket for Commercial Crew flights. The pad facilities also will be used for launches using the Falcon Heavy rocket.