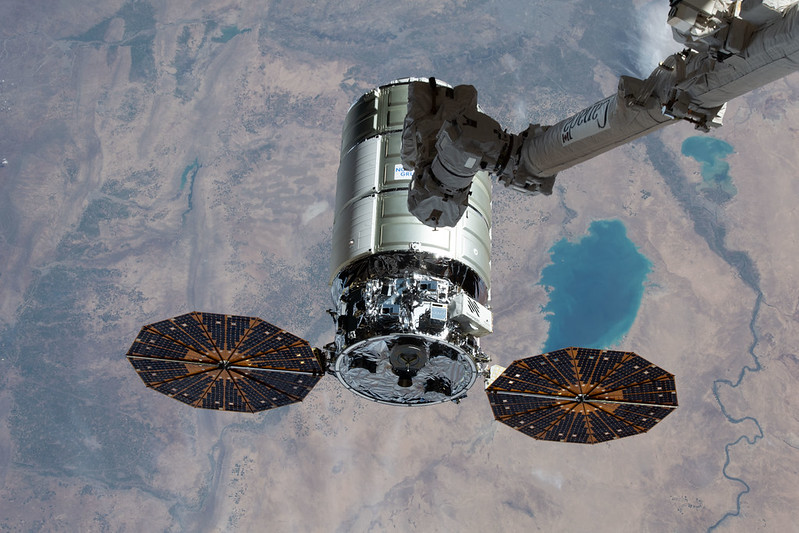 NASA and SpaceX leadership provided an update Oct. 6 as part of the agency’s Crew-3 mission to the International Space Station – the third crew rotation flight that will carry an international crew of four astronauts on a science expedition to the microgravity laboratory as part of the Commercial Crew Program.

NASA astronauts Raja Chari, Tom Marshburn, and Kayla Barron as well as ESA (European Space Agency) astronaut Matthias Maurer will launch aboard a Crew Dragon spacecraft launching on a Falcon 9 rocket on its way to the space station. The mission is scheduled to lift off Saturday, Oct. 30, from Launch Complex 39A at NASA’s Kennedy Space Center in Florida. The Crew-3 mission will fly a new Crew Dragon spacecraft, and will be the first mission to fly a previously used nosecone.

Crew-3 astronauts also will provide an update on their upcoming mission at 2 p.m. EDT Thursday, Oct. 7, on NASA Television, the NASA app, and the agency’s website, from NASA’s Johnson Space Center in Texas prior to going into standard preflight quarantine ahead final launch preparations.

Launch on Oct. 30 would have Crew-3 arriving at the space station early the next day after an approximate 22-hour journey for a short overlap with the astronauts who flew to the station as part of the agency’s SpaceX Crew-2 mission.

Prior to launch, NASA and SpaceX will complete a final dress rehearsal for the mission, and continue reviewing data as a part of the standard mission reviews. In support of Crew-3, SpaceX implemented several improvements to the Crew Dragon system based on knowledge gained from previous flights, including making a software change to build in more communications robustness against radiation effects while docked, adding more cleaning techniques to cut down on foreign object debris, improving computer performance during re-entry, and enhancing the spacecraft’s docking procedures and mechanisms to mitigate hardware interference on the International Space Station side of the interface.

NASA and SpaceX also have been working to conduct joint inspections of the waste management system on the Crew-2 spacecraft at the space station following an observation during a non-NASA mission. Based on the inspections, teams will limit the use of the waste system during the return flight of Crew-2. Earlier this year, the Dragon spacecraft supporting the Crew-2 mission completed a short port relocation flight around the International Space Station, and all systems on the spacecraft performed normally during its undocking and re-docking maneuver. SpaceX will implement a small design improvement on the new Dragon spacecraft supporting the Crew-3 mission and all future spacecraft to make the system even more robust.

Through data sharing with SpaceX, NASA also has gained additional insight into higher-altitude flights of Crew Dragon, the performance of the thermal protection system, and more data on micrometeoroid environment of space helping to improve modeling. In addition, NASA learned more about the environmental control and life support system on an extended in-orbit mission with crew continuously on board, including the system’s carbon dioxide scrubber. On all missions, including cargo flights, SpaceX continues to recover and examine parachutes for continued analysis by NASA, ultimately driving up the safety of all missions.

After Crew-3 arrival to the space station, return of the Crew-2 mission with NASA astronauts Shane Kimbrough and Megan McArthur, Japan Aerospace Exploration Agency (JAXA) astronaut Akihiko Hoshide, and ESA astronaut Thomas Pesquet, is planned for early November. This Friday, the Crew-2 spacecraft is targeted to break the record set by Crew Dragon Resilience as it passes 168 days in orbit.

Missions teams continue to target April 15, 2022, for the launch of NASA’s SpaceX Crew-4 mission to the space station for a six-month science mission aboard the microgravity laboratory.

Crew-4 will be commanded by Kjell Lindgren with Bob Hines as pilot, both NASA astronauts. ESA astronaut Samantha Cristoforetti will be a mission specialist and command the station’s Expedition 68 crew, while the remaining crew member has yet to be named. Crew-3 astronauts are set to return to Earth in late April 2022 following a similar handover with Crew-4.

NASA also announced it has reassigned astronauts Nicole Mann and Josh Cassada to the agency’s SpaceX Crew-5 mission to the International Space Station. NASA decided it was important to make these reassignments to allow Boeing time to complete the development of Starliner while continuing plans for astronauts to gain spaceflight experience for the future needs of the agency’s missions.

NASA astronaut Jeanette Epps remains assigned to NASA’s Boeing Starliner-1 for a long-duration science mission aboard the International Space Station. It is important for Nicole Mann, Josh Cassada and Jeanette Epps to gain their first spaceflight experience, and Epps currently is cross training with the team on the Crew Dragon system. There are many factors in play before any crew assignment is ready, including discussions with our international partners and Multilateral Crew Operations Panel approval. All three crew members have ample time to train on commercial crew systems and become fully prepared for their missions to the International Space Station.

NASA astronauts Butch Wilmore, Mike Fincke, and Suni Williams will continue to provide experience for Boeing as the agency prepares for NASA’s Boeing Crew Flight Test and Starliner-1 missions. Additional Boeing flight assignments will be made in the future.

NASA and SpaceX are continuing plans to launch Crew-3 astronauts to the International Space Station as early as Sunday Oct. 31, and targeting the return home of Crew-2 astronauts in the early-to-mid November timeframe.

Crew-3 will be the third crew rotation mission with astronauts on an American rocket and spacecraft from the United States to the space station, and the fourth flight with astronauts, including the Demo-2 test flight in 2020, Crew-1 mission in 2020-21, and the ongoing Crew-2 flight as part of the Expedition 65 crew.

The Crew-3 mission will launch NASA astronauts Raja Chari, mission commander, Tom Marshburn, pilot, and Kayla Barron, mission specialist, and European Space Agency (ESA) astronaut Matthias Maurer, also a mission specialist, aboard a Crew Dragon spacecraft and Falcon 9 rocket from Launch Complex 39A at NASA’s Kennedy Space Center in Florida. The crew is scheduled for a long-duration stay aboard the orbiting laboratory, living and working as part of what is expected to be a seven-member crew.

Missions teams also are targeting no earlier than April 15, 2022, for the launch of NASA’s SpaceX Crew-4 mission to the space station for a six-month science mission aboard the microgravity laboratory.

Crew-4 will be commanded by Kjell Lindgren with Bob Hines as pilot, both NASA astronauts. ESA astronaut Samantha Cristoforetti will be a mission specialist and command the ISS Expedition 68 crew, while the remaining crew member has yet to be named. Crew-3 astronauts are set to return to Earth in late April 2022 following a similar handover with Crew-4.

NASA’s Commercial Crew Program is working with industry through a public-private partnership to provide safe, reliable, and cost-effective transportation to and from the International Space Station, which will allow for additional research time and will increase the opportunity for discovery aboard humanity’s testbed for exploration. The space station remains the springboard to space exploration, including future missions to the Moon and Mars.