The mobile launcher platform 2, or MLP-2, served NASA well, as it was used for more than 50 Apollo and space shuttle missions at the agency’s Kennedy Space Center from 1968 to 2011.

A nine-month demolition project for the 25-foot high, 160-foot long, and 135-foot-wide platform, which weighed 9.1 million pounds, was completed last month. Though MLP-2 was a historic piece of equipment, its removal makes way for newer, more advanced technology at the Florida spaceport.

“It was bittersweet having to dismantle MLP-2,” said John Giles, Exploration Ground Systems crawler transporter operations manager. “However, it allows us to make room for newer, more advanced assets to support Artemis missions that will return humans to the Moon and beyond.”

Mobile launcher platforms were used for shuttle missions lifting off from Launch Complex 39A and 39B. These structures did not require a tower since the launch pad had a tower and rotating service structure to allow access to the vehicle.

Since the retirement of the shuttle program, the historic Launch Complex 39A, once the site of Apollo and Saturn V missions, was leased to SpaceX and upgraded to support commercial launches carrying cargo and astronauts into space.

Launch Complex 39B also has changed with the times. It began as an Apollo era structure, was converted for shuttle launches, and now is a clean pad ready to support the Space Launch System (SLS) rocket, carrying the Orion spacecraft as the agency returns to the Moon. When SLS lifts off from pad 39B carrying Orion for the Artemis I mission, it will use the new, advanced mobile launcher that comes with a built-in tower.

Click here to watch a time-lapse video of the MLP-2 demolition.

”The pathfinder training has gone extremely well,” according to Michael McClure, Jacobs’ lead engineer for the Handling, Mechanical and Structures Engineering Group. “This is part of a series of practice exercises, which are providing great experience, especially for our new technicians, engineers, quality control personnel and crane operators.”

Stacking rehearsals help prepare the team for actual processing of launch hardware for Artemis missions. These specific pathfinder segments are inert, full-scale replicas of the actual solid rocket boosters, with the same weight (300,000 pounds) and center of gravity.

At launch, the five-segment, 17-story-tall twin boosters will provide 3.6 million pounds of thrust each at liftoff to help launch the SLS carrying Orion on Artemis I, its first uncrewed mission beyond the Moon. 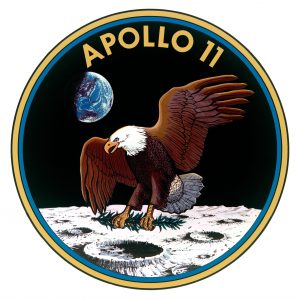